I can rarely remember such a gorgeous February. 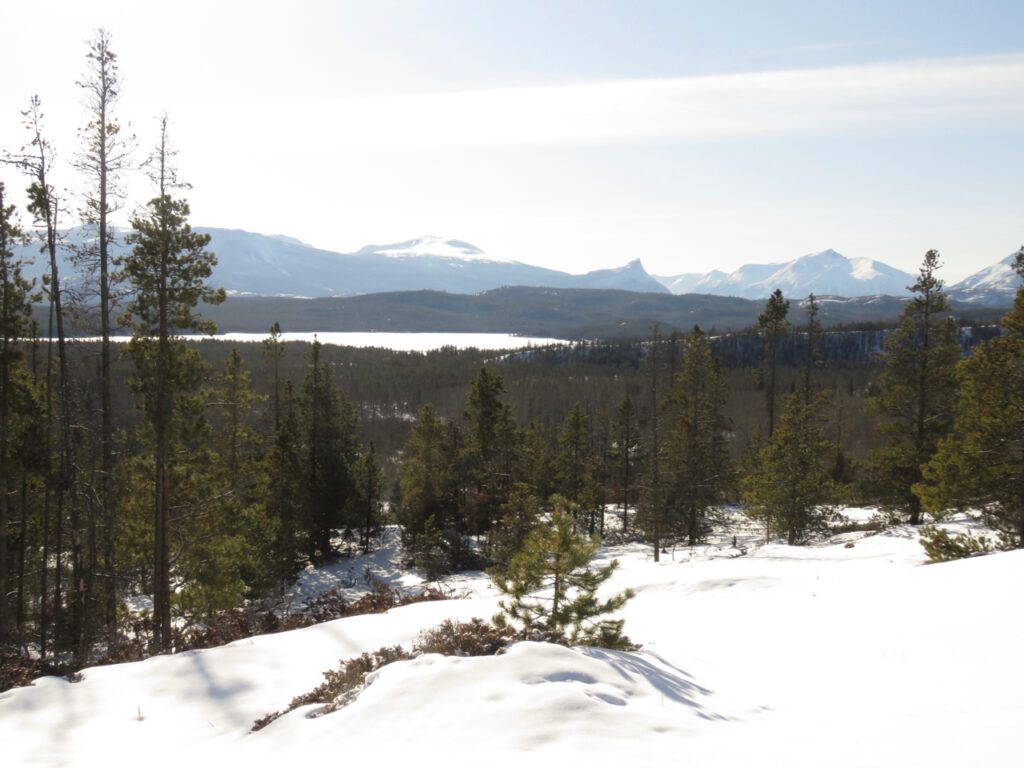 True, it was cold – I lost count of the times that the temperature dropped below -30C, but the afternoons were lovely and the sun was fantastic.  And after a while, I ceased to notice the cold in the mornings.  One gets used to it.  It is better than having a cold spell of a few days then warming up, then cold again as we usually do in winter.  Our cold spell lasted until well into March – five weeks in all.

It was perfect snowshoeing weather.  My Bella Coola friends came up to enjoy the dunes. 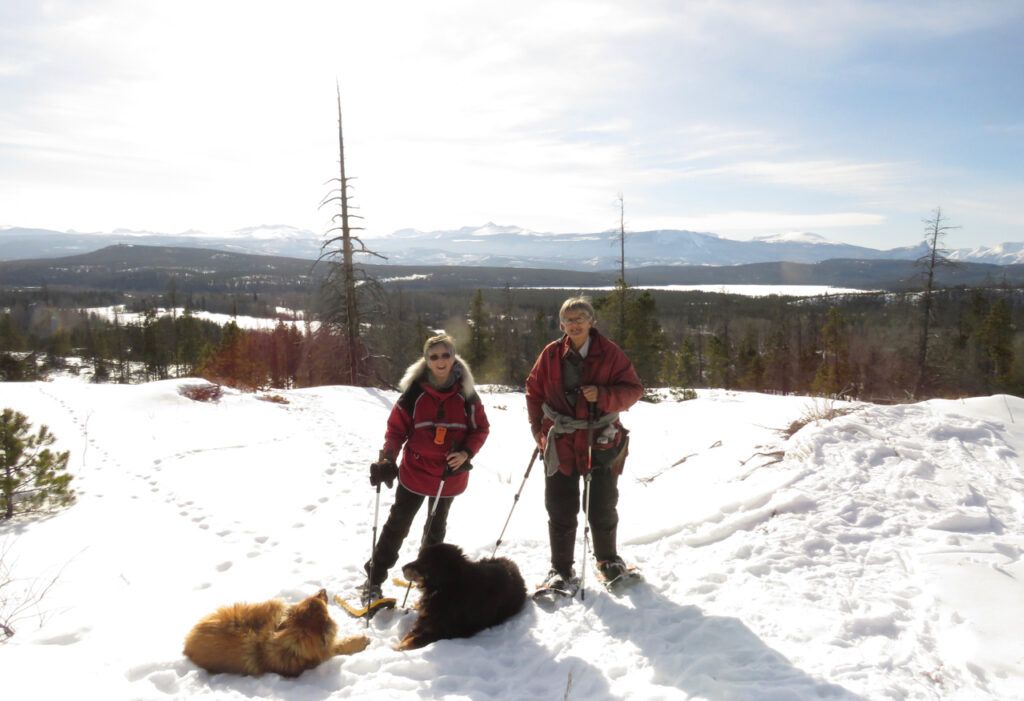 We hiked as far as the spider tree.  I am always surprised as to how this tree remains alive. 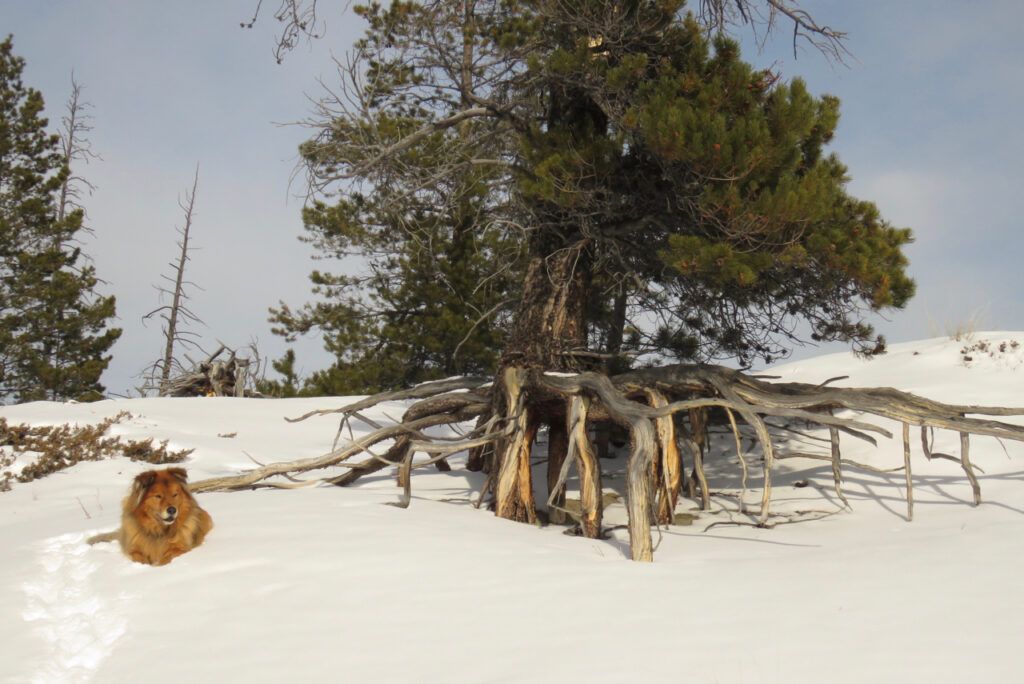 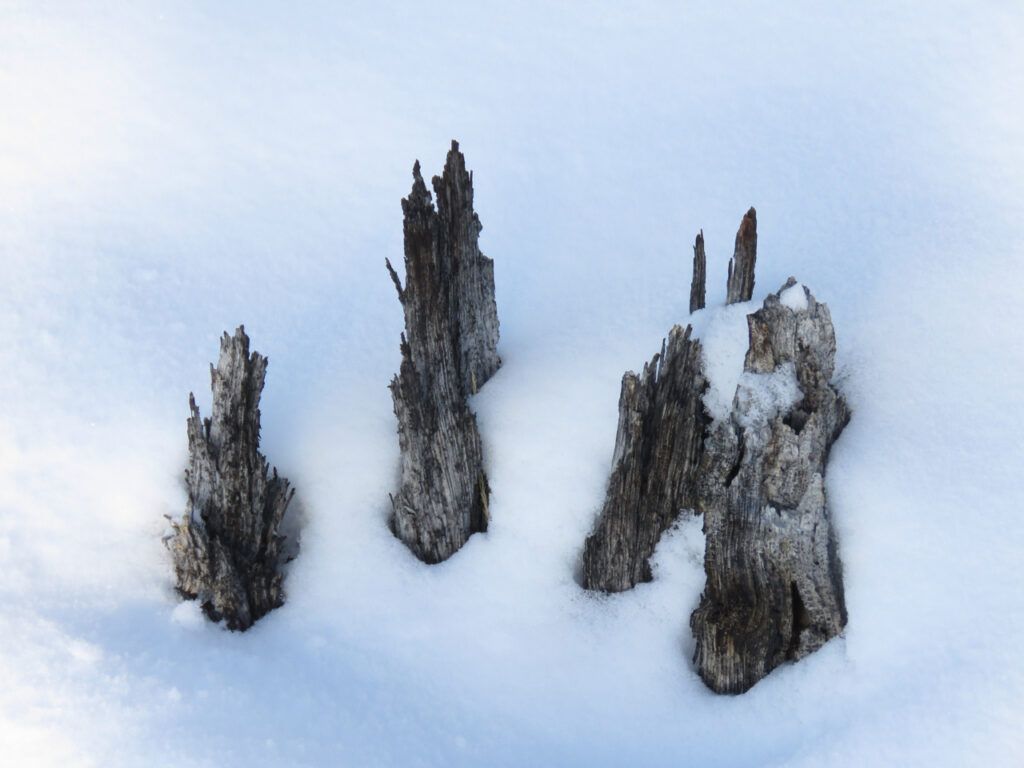 Even the eagles at the dump looked happier in the sunshine. 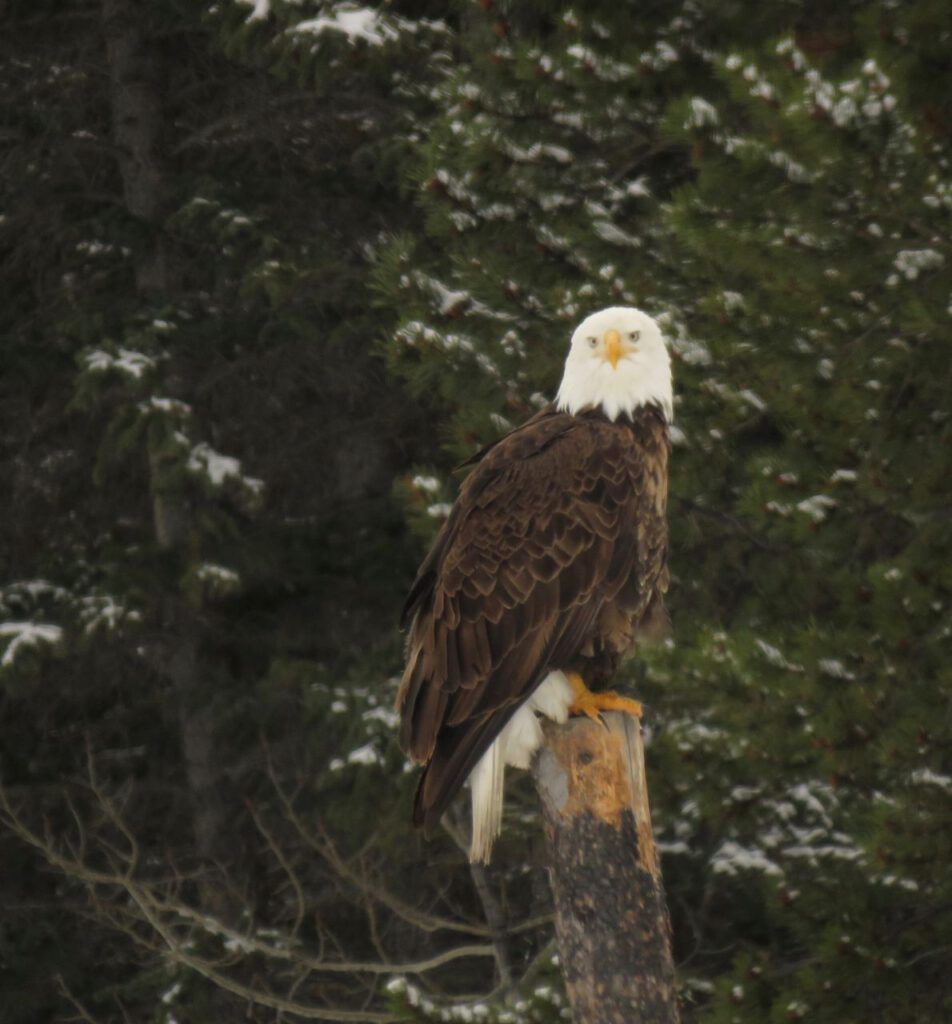 In early March, I decided I would have to go to town.  This would be the first trip in since mid November.  But the 4 x 4 wasn’t working on the truck and the AWD wasn’t working on the van so I did not want to drive on slick roads.  Taking the van in for an AWD fix would mean leaving it overnight so I had to arrange for a ride home – my chauffeurs were leaving Williams Lake at 10.00:am – to allow extra time for winter conditions I left at 3.30:am, and got there just after sunrise (at 9.00:am).  Just in time to grab a few veggies before my driver came to pick me up.  The moon was just past the full – always a bonus for driving on a snowy night. 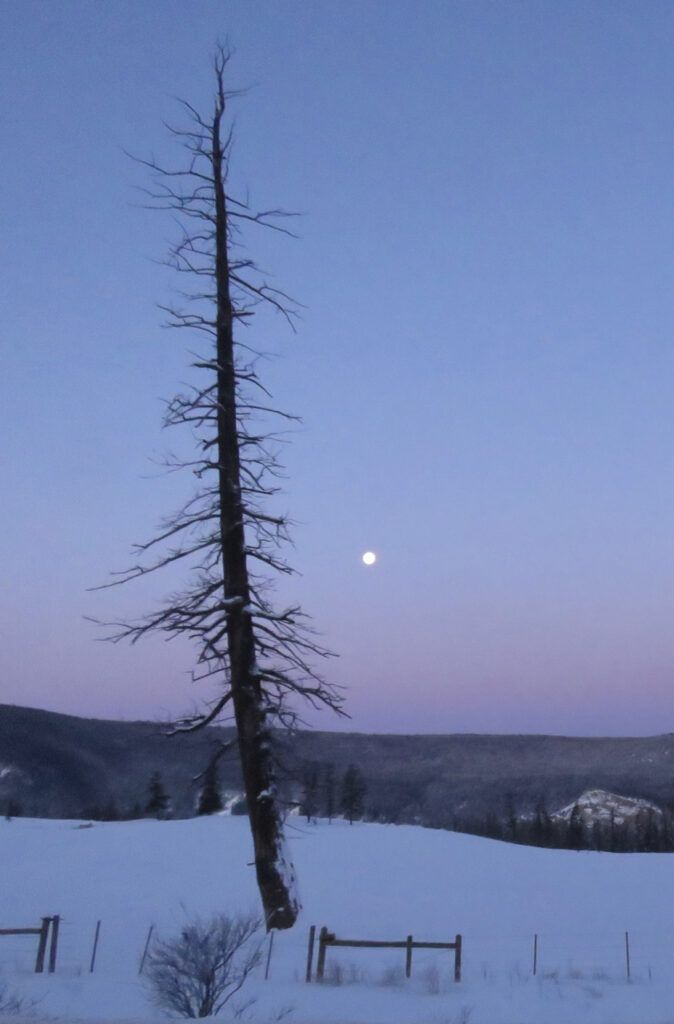 It had warmed to -20C when I left home – so I could start the van without having to drag the generator indoors to warm it up and then use it to plug the van in, a process that takes 2 hours, which would have meant getting up at 1.30:am!

The warmer weather brought snow.  This was supposed to be a shot of a chickadee near the feeder, but it flew away – however, I still liked the picture. 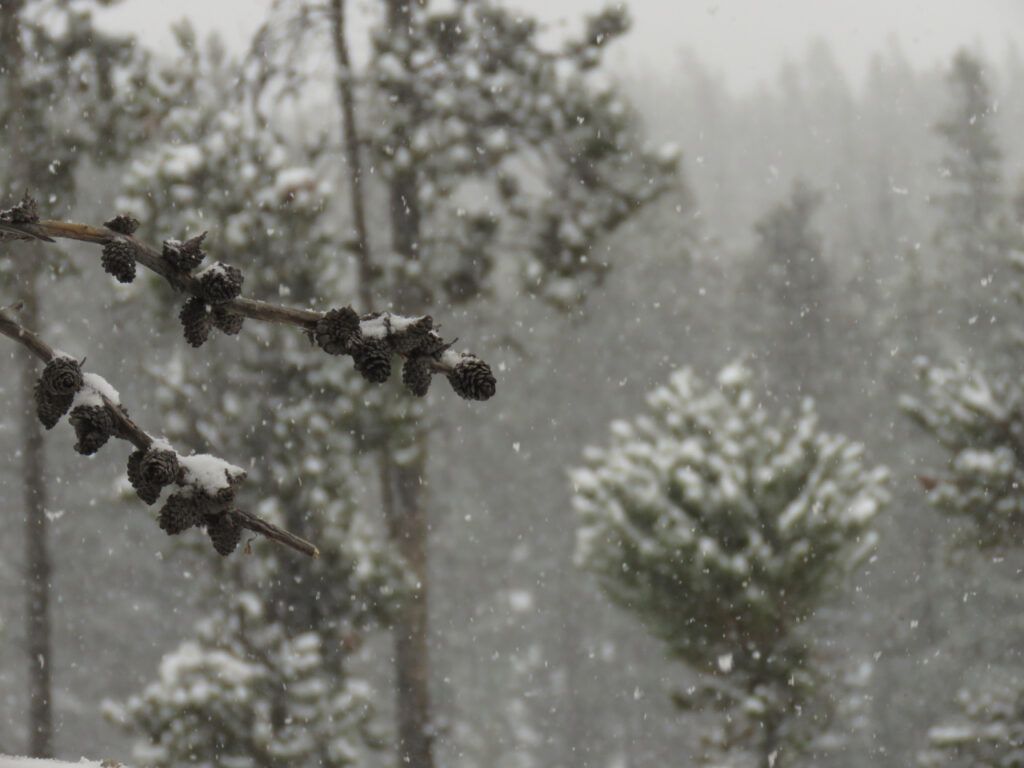 Badger prefers to be outside in most weathers. 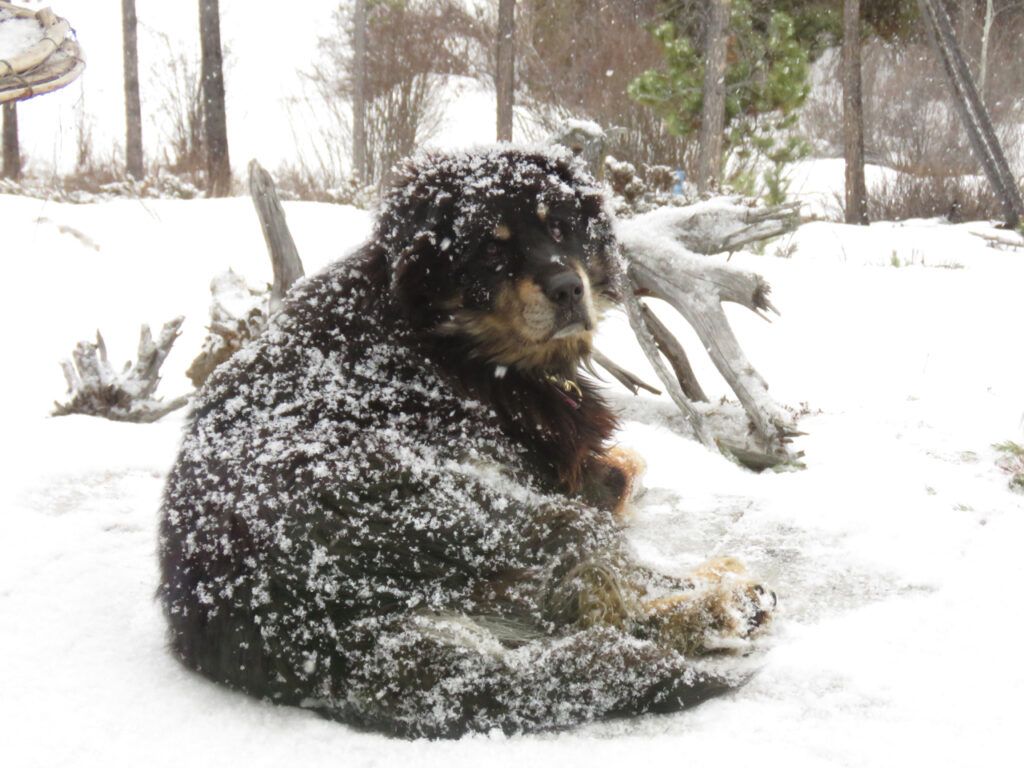 It was the kind of snow where every flake was large and detailed.

Soon it cleared and the temperature dropped again., 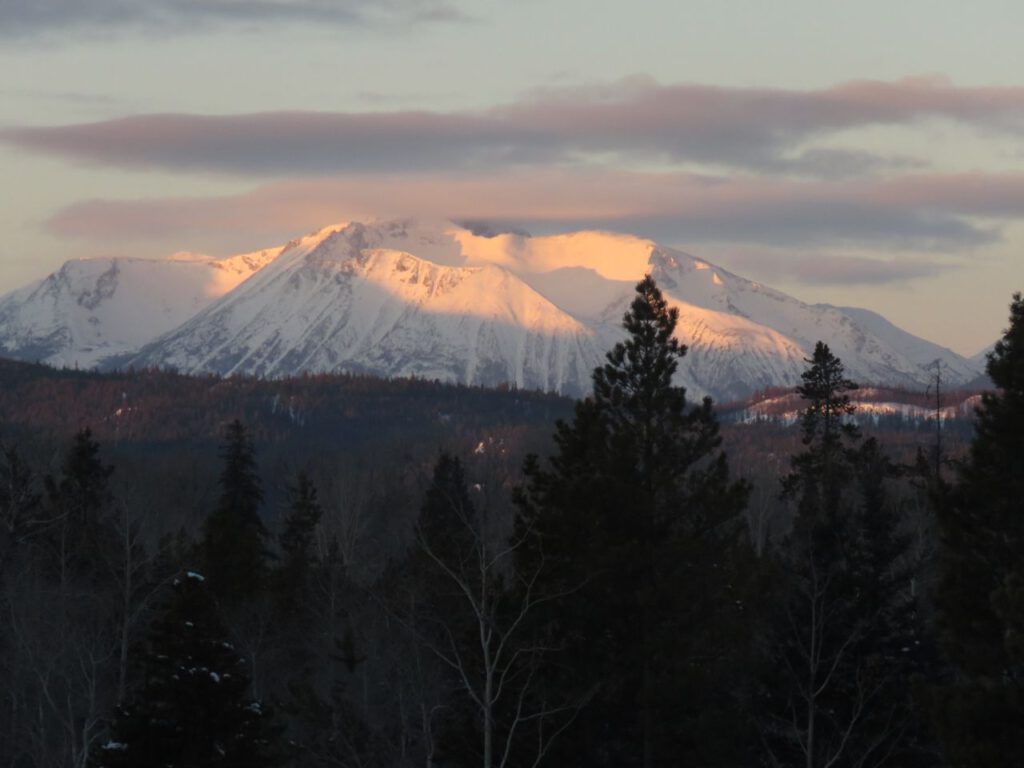 It was -30C when a neighbour came to pick me up on his way to town so I could collect the van.  We left my place at sunrise but even 3 and half hours’ later it was still only -25C in Williams Lake.  Steam does interesting things at that temperature – this is from one of the sawmills. 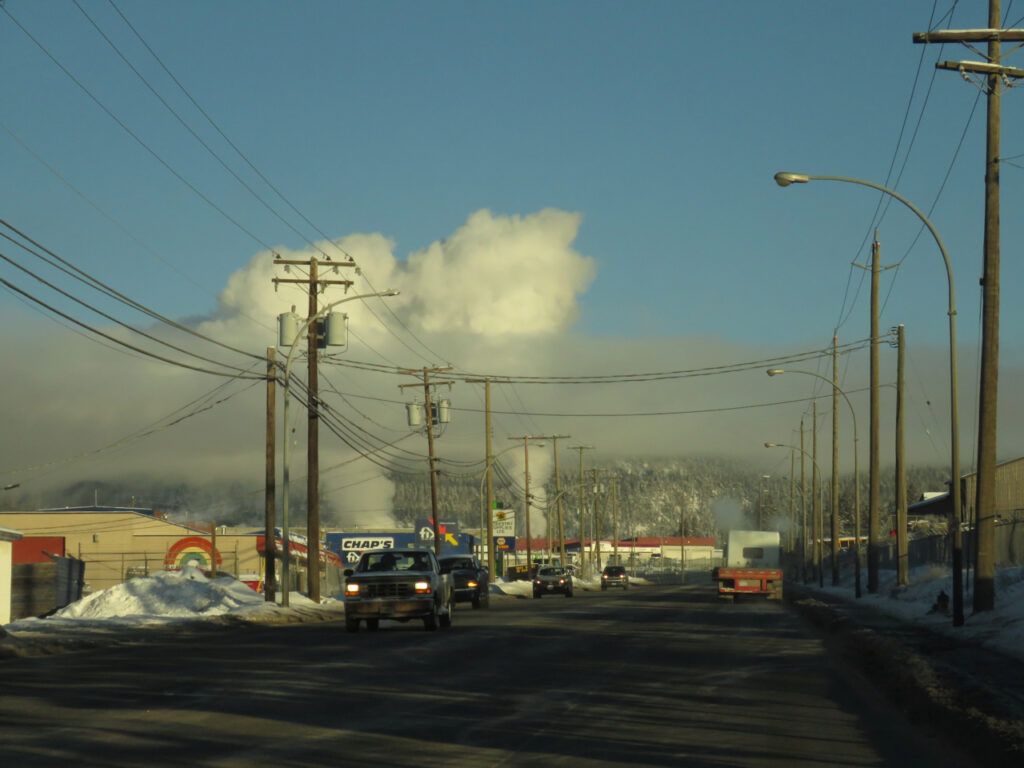 Now I could finally do a more serious shopping.  It was mid afternoon when I left town, and for a while was so hot I had to open the van’s window.  (But shade temperature was still well below freezing.). The starkness of the fire aftermath near Riske Creek is always fascinating. 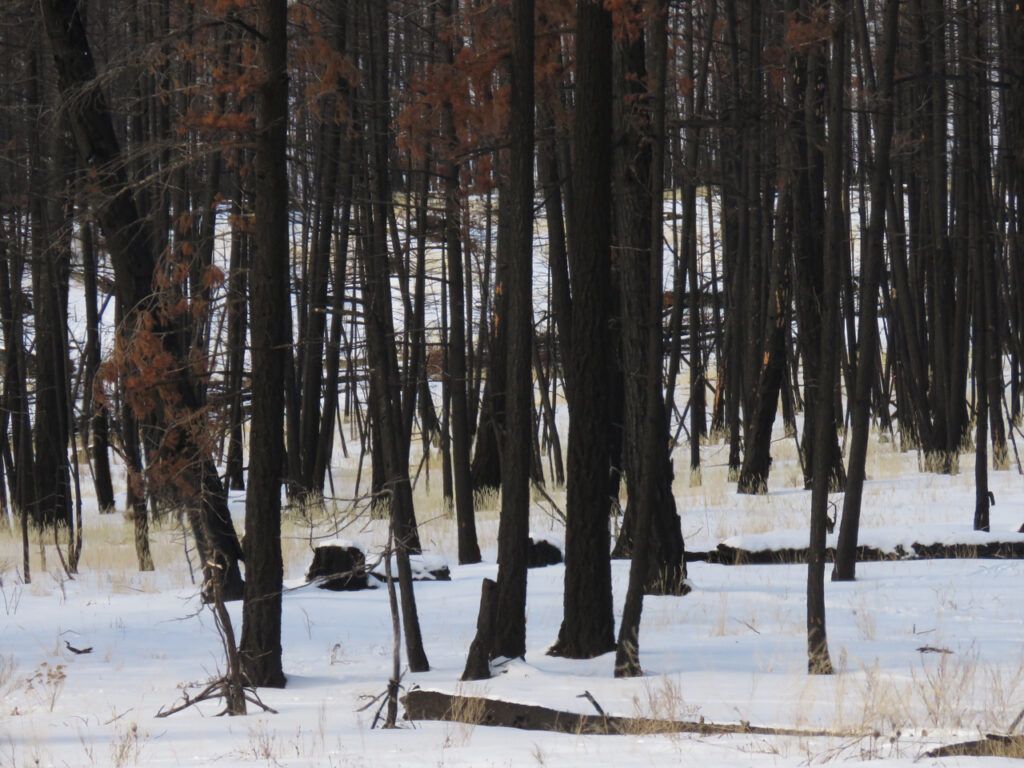 A little further west, through a 2009 burn, wind and sun had polished the snow and it reflected the westering light., 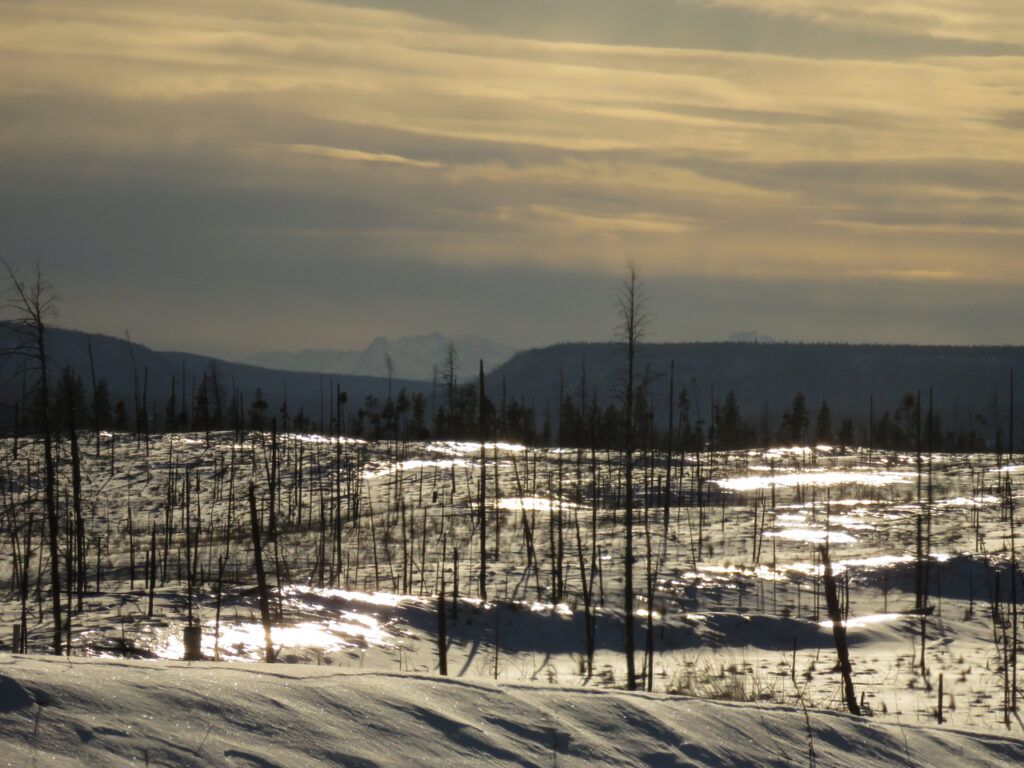 The cold has meant that the river is more frozen than usual.  The current is swift underneath and the ice is never to be trusted, still, it is strange to see an all but unbroken roadway. 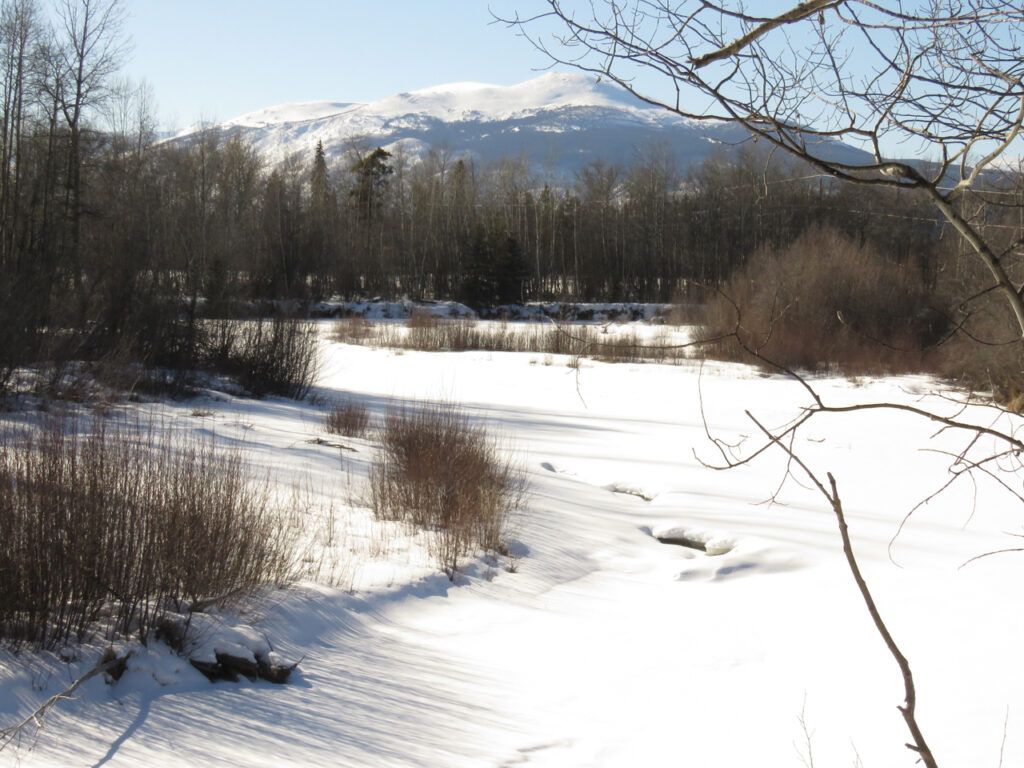 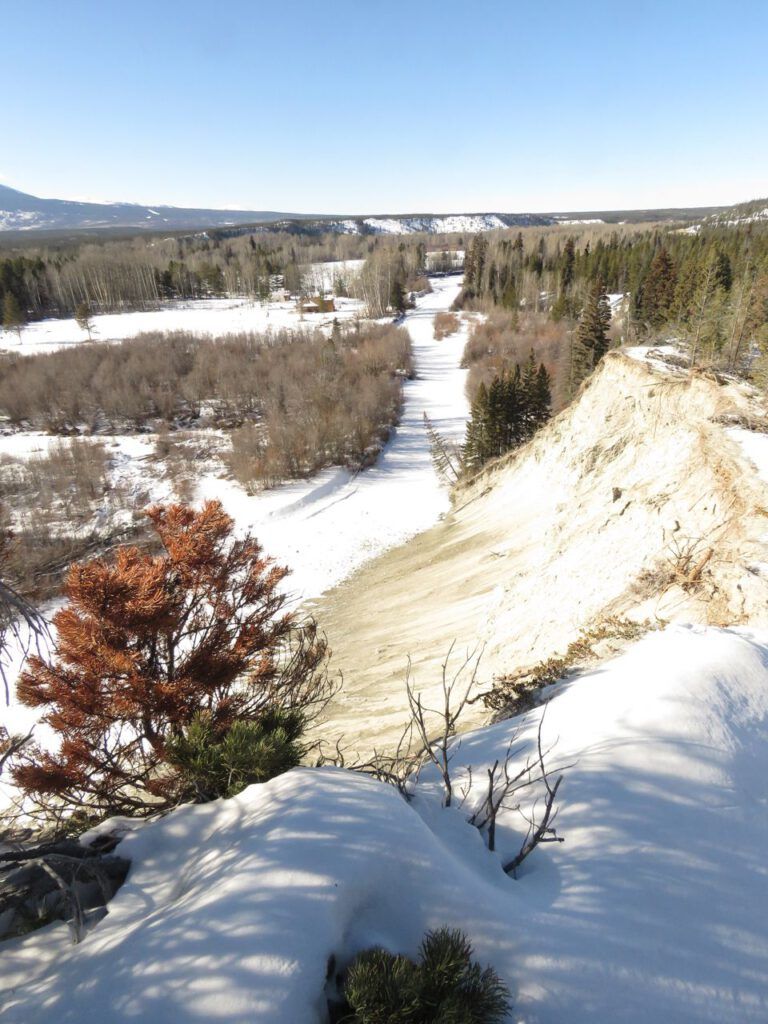 This is a time of year when the dwarf birch looks pretty.  Normally it is just a tangle, but the snow emphasizes the delicacy of the branches.  The seeds are from last years’ catkins – a great winter food source for chickadees and grouse. 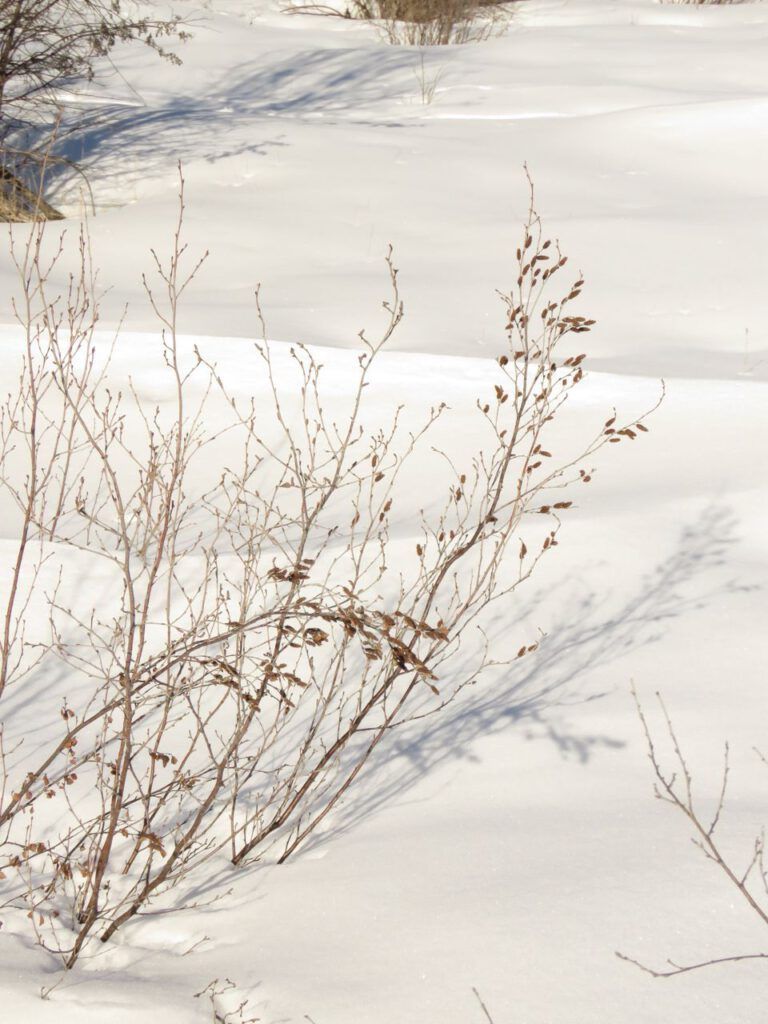 The sun’s moving path has been visible for most of this time – here it is setting half way up Nogwon. 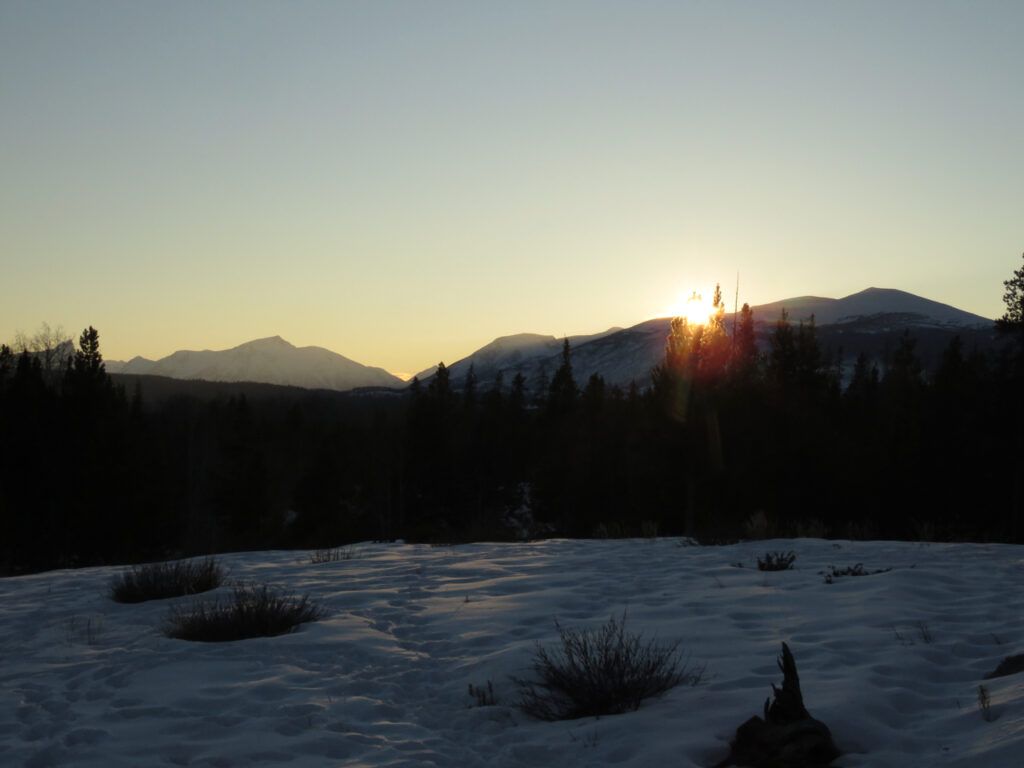 And a few days ago, we had the new moon. 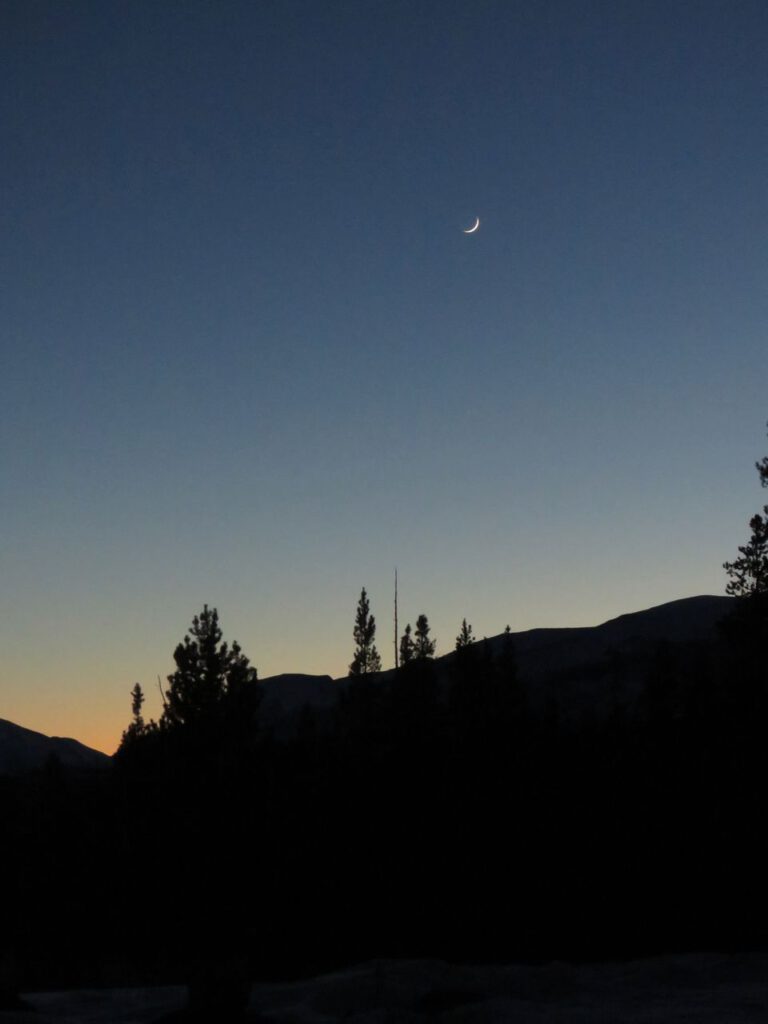 One thought on “Gorgeous February”