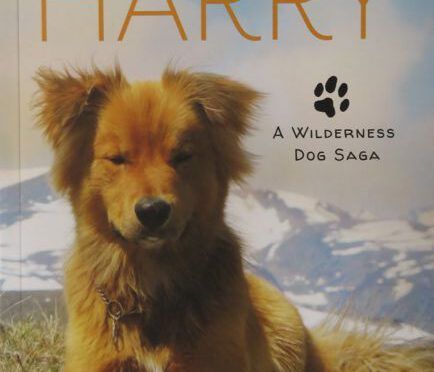 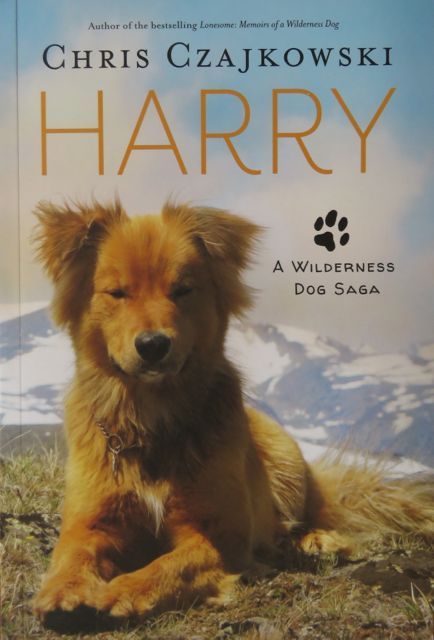 Yesterday, we had our first mail delivery since the fires started four weeks ago.  (Bella Coola and Nimpo/Anahim Lake had some air-lifted mail but I guess the powers that be decided Kleena Kleene was too far from the airport to organize it….)

Among the letters was a parcel from Harbour Publishing.  It contained the 10 freebies that this company usually sends to the author of Harry: A Wilderness Dog Saga.  This was doubly exciting as the mail delivery itself was unexpected. 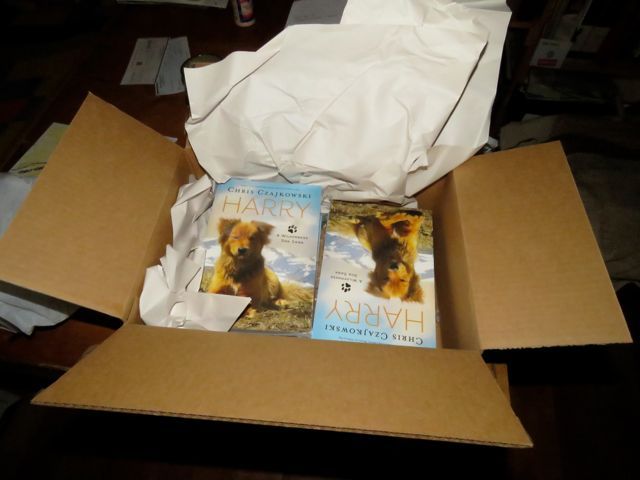 Harry is the main story-teller, but some of the chapters are told by other dogs that have lived in our pack.  Each dog’s tail (tale!!) is headed by a small portrait of the “speaker.”

I visualize you all rushing out to the bookstore to order one, but I hope you don’t mind me reminding you that authors do not receive a great deal if you buy from a book store – and even less if you purchase it from Amazon – and they receive these royalties 15 months down the road.  If you do patronize a book store, please try and make it an independent one rather than a chain.  I will understand if you prefer a store as if you buy from me by mail, unfortunately, I will have to charge postage.  Books from me, though, will be signed by the author!

If you can wait long enough, I will be going on a book tour starting at the beginning of October.  Here is the slide show schedule so far – there may be some adjustments.  I will be posting details later.

So you figured I was at last going to write a post that was not about the fire?  Dream on!

While I was on the road going to the post office, I thought I might as well continue to downtown Kleena Kleene.  I have taken this view several times in previous fire posts. 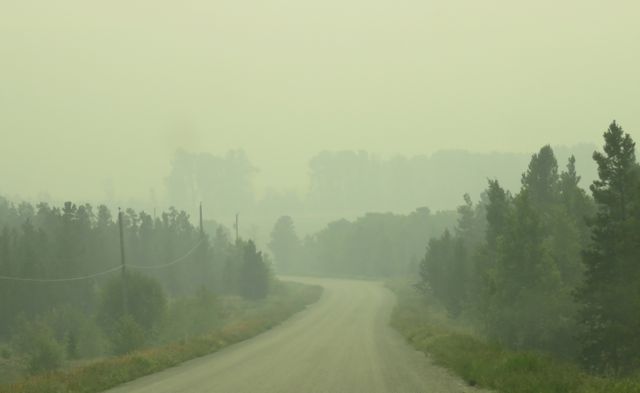 The rancher finally had his sprinklers on! 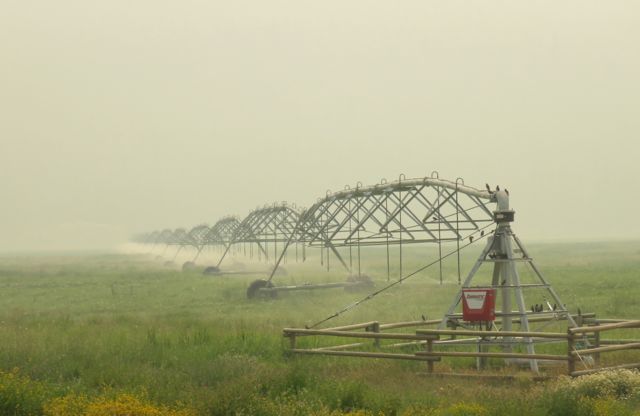 There were probably a number of reasons why they were not working during the wilder times of the fire.  Firstly, he needs power, and the power line has been on and off continuously.  Secondly, he lives closer to Williams Lake near a much bigger fire and was no doubt occupied with that.  Thirdly, even if he’d had a desire to come west, he might not have been allowed to as all but essential traffic was restricted.

This morning at sunrise, the smoke was thicker than ever. 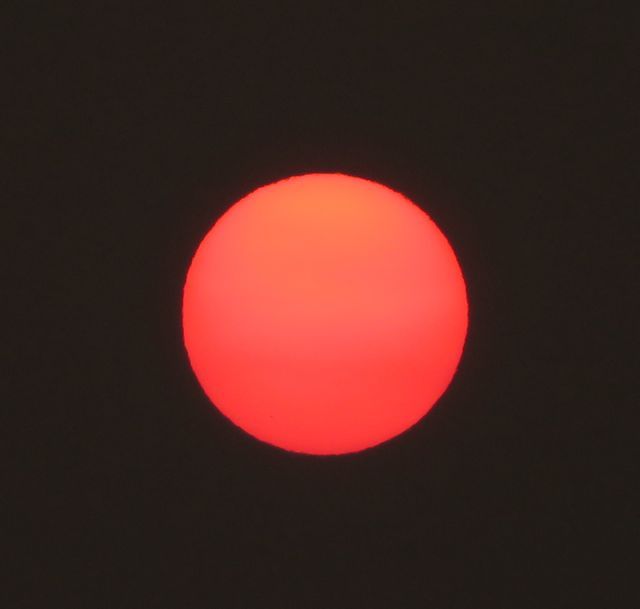 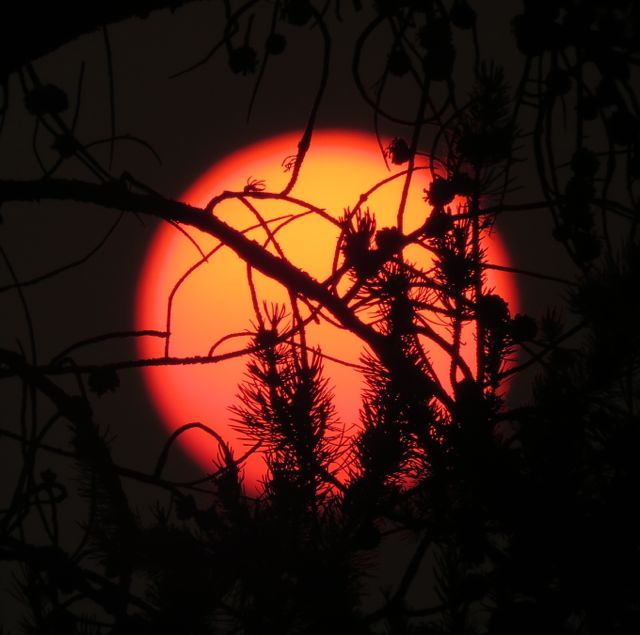 This is the actual colour that the sun appeared to me.  But at the same time I could see the foreground.  If, however, I brought the foreground into play, the sun lost its red colour on the photo.  So imagine the disc of the sun being red. 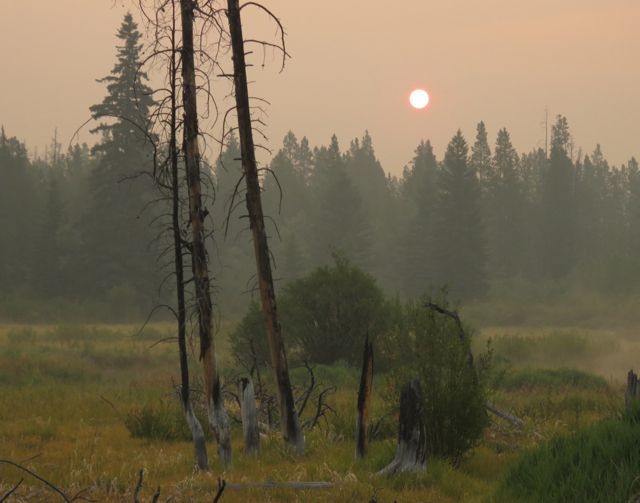 Yesterday, for some reason, the sun was like a star.  I thought it was the camera lens but when I cleaned it and took several shots, the same thing happened.  It must have been the way the smoke particles refracted the light. 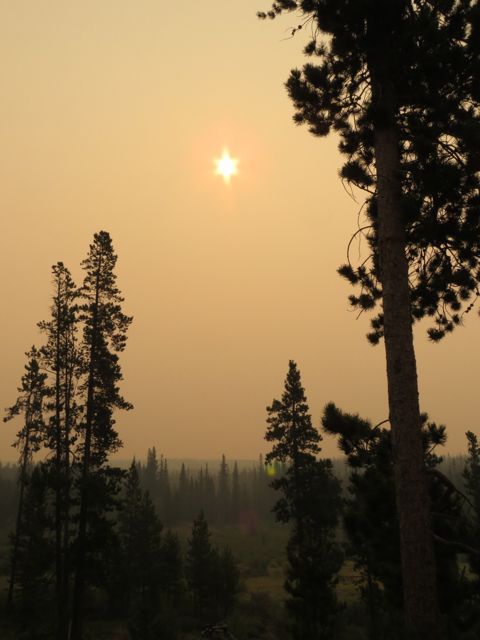 There is hardly any helicopter activity – just an occasional fly-by.  It is too smoky for them to work.  At the same time, ground crews are lighting more back-burns both at the Kleena Kleene fires (on the right) and the Precipice fire.  This is showing up as hot-spot activity on Modis. 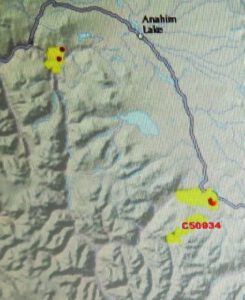 The fire is now more boring than anything.  It’s unpleasant to breathe, I daren’t go any distance in case another fire breaks out and I will be unable to return, and the greyness is depressing.   It is also eerily quiet.  No wind, no helicopters – even the birds are not singing.  They usually quit late July so this last is normal, but it adds to the end-of-the-world feeling.  The satellite page on the weather forecast site shows the grey smoke extending right over Vancouver and far into the Pacific Ocean. 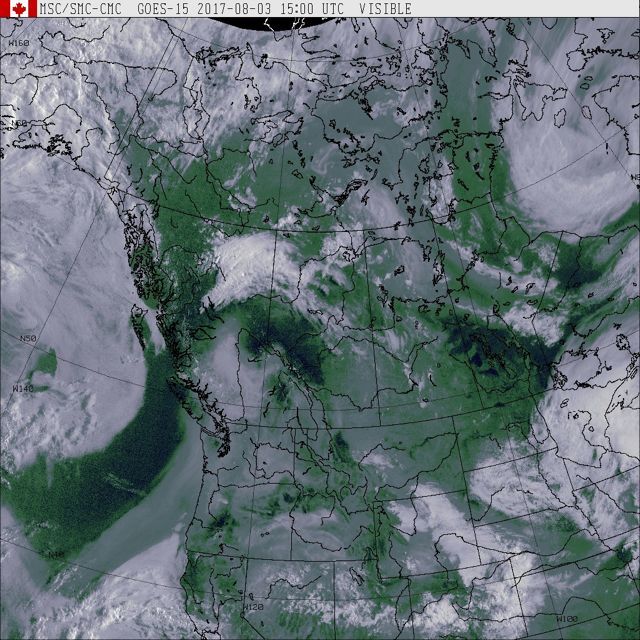 However, I am enormously lucky.  So many people have lost so much and been far greater inconvenienced.  And when you look at the broader picture on Modis, it is just a nightmare.  It makes our two little western fires seem peanuts. 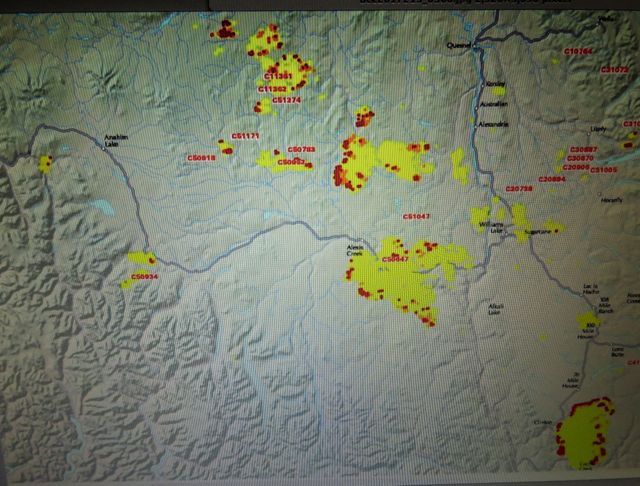 As the sun climbs higher, it has less smoke to shine through and it can make sun and shadow. 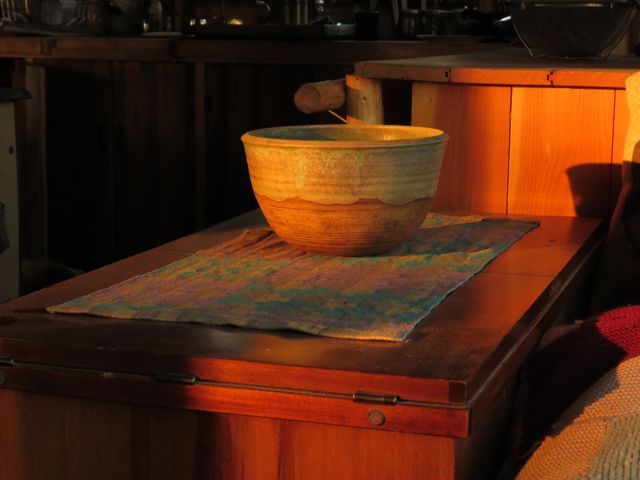 In is book, when Harry was given his name he figured he really should have been called HandsomeGoldenSuperdogWhoRunsLikeTheWind.

Here is the Golden Superdog himself! 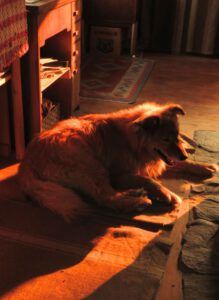