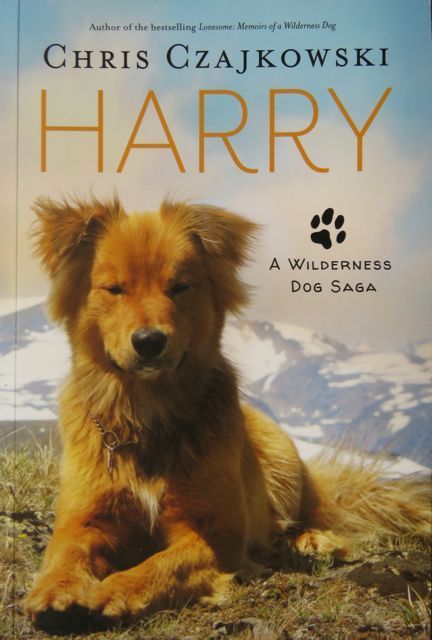 It has been a crazy time preparing for Harry’s Book Tour.  I not only had to get ready for the tour itself – design the slide show; get used to a new computer (drove me crazy – and is still doing so); pack food that I can eat; count the books I have and order more; and numerous tasks too tedious to mention although they all took time, but I also had to do all the preparations for winter.  Today it is 25C and stinking hot, but we will be on the road for 5 weeks and by early November the ground may be frozen.  I had to put the garden to bed – yank out and roll up the watering system, and harvest the garden that I defied the fire authorities by staying and watering it.  I had a great crop of carrots – they will last me about 2/3 of the winter, and dug 40 lbs potatoes.  I love potatoes but restrict consumption to reduce arthritic pain; however, the blue potatoes affect me less so that is what I grow.  They are not high yielders (most are in the root cellar already) but I’ve never been too successful with potatoes.  They get frosted too much throughout the summer and the season is too short for them to recover.). Behind the basket of kohl Rabi is a pile of beets. 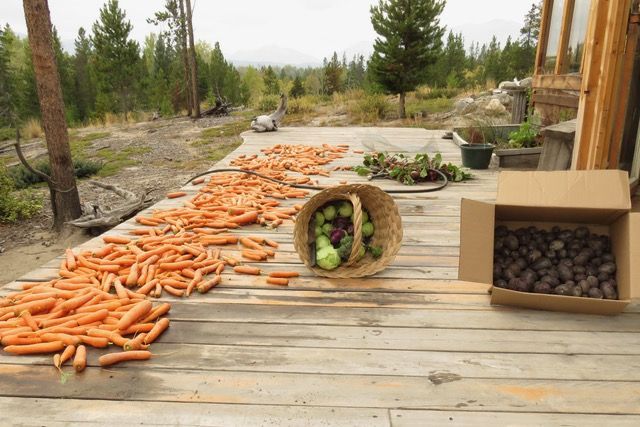 I often wished I had volunteers – in previous years I would have put them to work but several were turned away because of the fires.

Because I will be taking the dogs on Harry’s Book Tour, I have had to organize the van space.  I’ve created a sort of cave with a shelf above it so I can store more stuff.  Badger is finding it increasingly difficult to climb into the van so I also built him a little step. 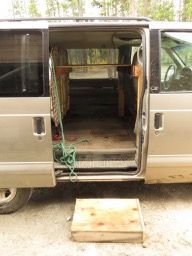 And while I was doing all this, the leaves turned and they are producing one of the most spectacular falls we’ve had for a very long time.  I barely had time to look at them and am working late just because I had to get out and enjoy them at least a little.  Many trees are not quite in their prime, but as I will be leaving tomorrow morning I will miss the best of the show. 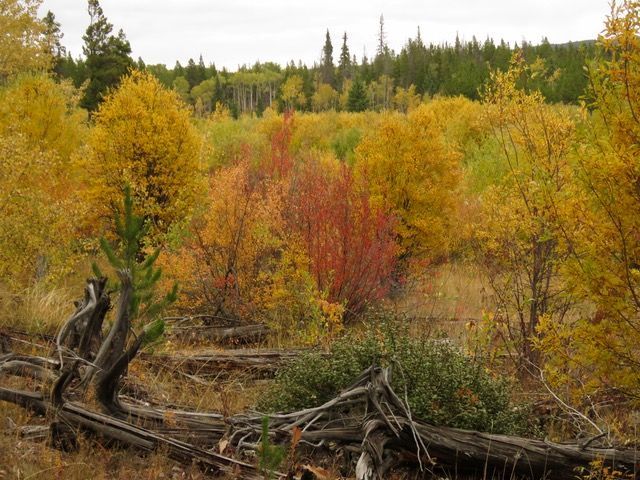 It’s the pointillism that I like.  (That means dottiness!) 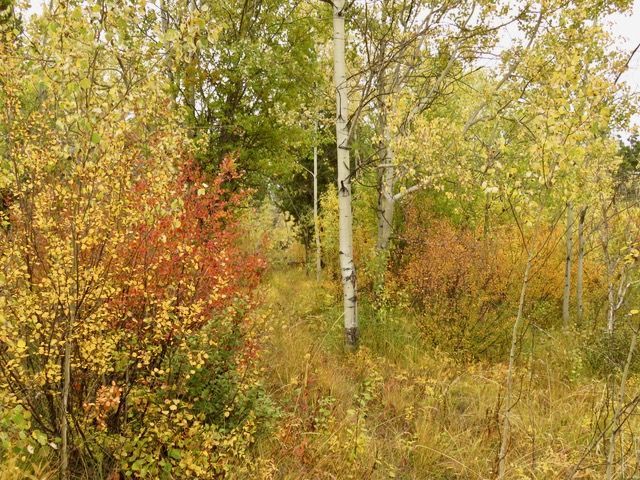 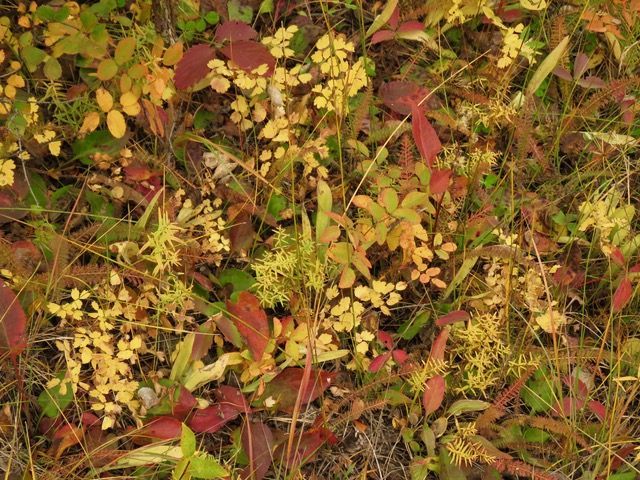 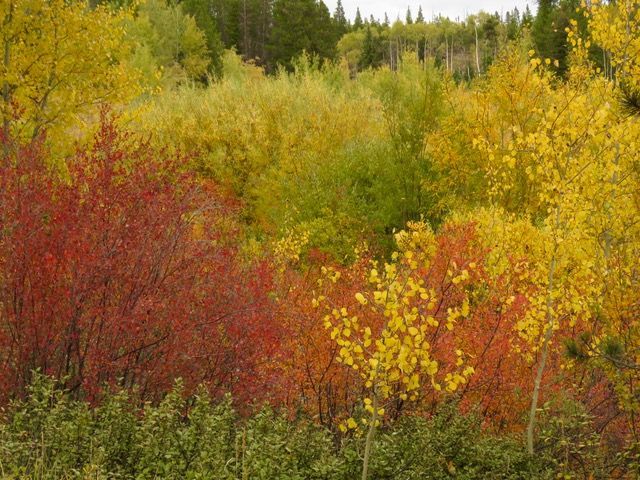 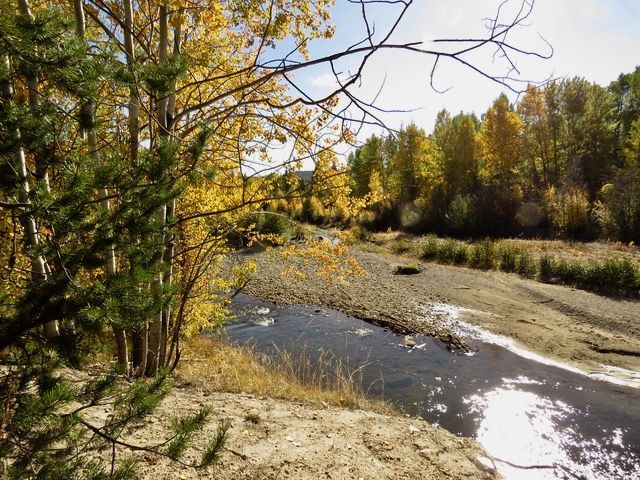 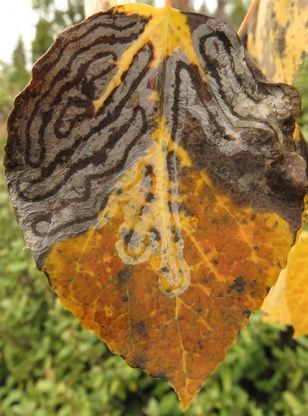 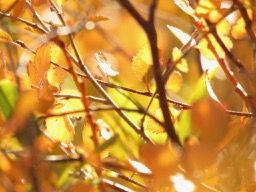 But there is still always the smoke. 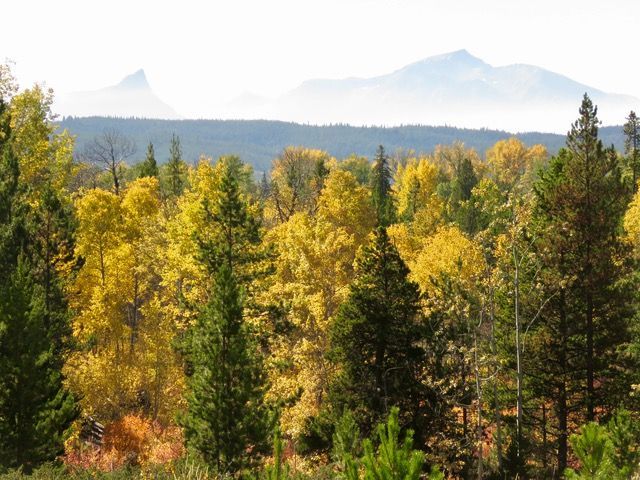 These puffers are in front of the Plateau that I visited 2 posts ago. 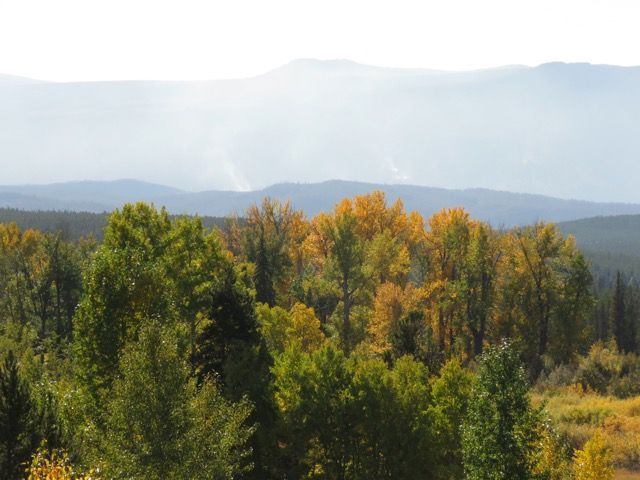 There have been a couple more dribbles of rain and the pond has filled.  Birds are passing through.  Here are a group of mallards. 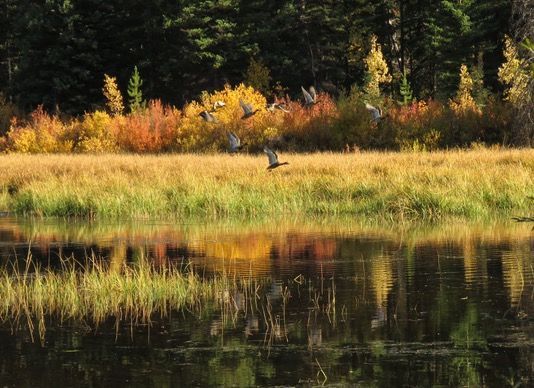 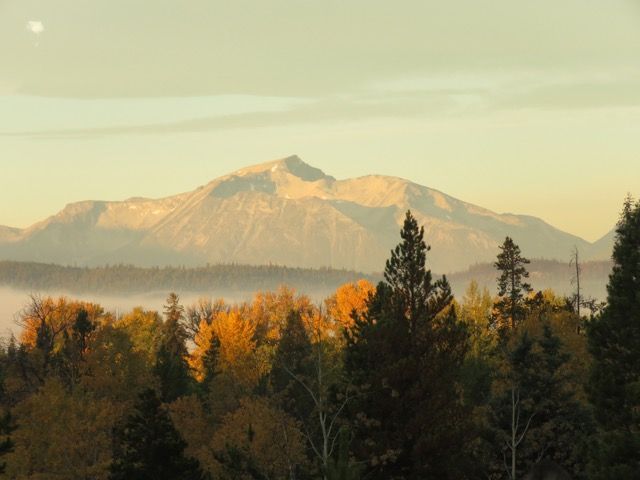 It will be sad for me to leave all this.

Harry, however, is already collecting a bunch of fans even before going on a book tour.  A friend from Idaho sent me the following picture.  It is not posed.  She just put the book down and when she came back to her chair, this is what she saw. 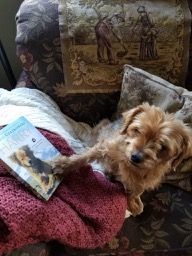