Third week in July I went to the Bella Coola Music Festival again.  Last year I missed it because I was at Nuk Tessli, and the year before it was cancelled because of the 2017 forest fires.  It was particularly fun for me this year as I knew three of the people playing in this band. 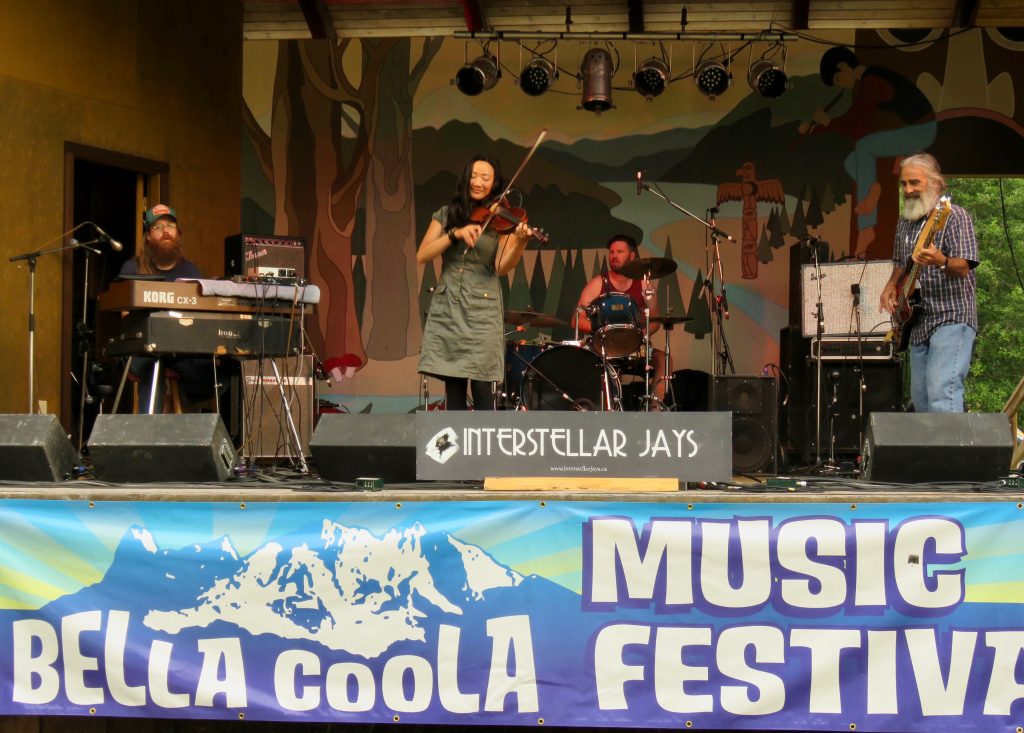 Birch, keyboard and clarinet, is now 39 – I first met him just before his second birthday.  At age 15 he had green hair down to his waist.  He hasn’t cut it since! 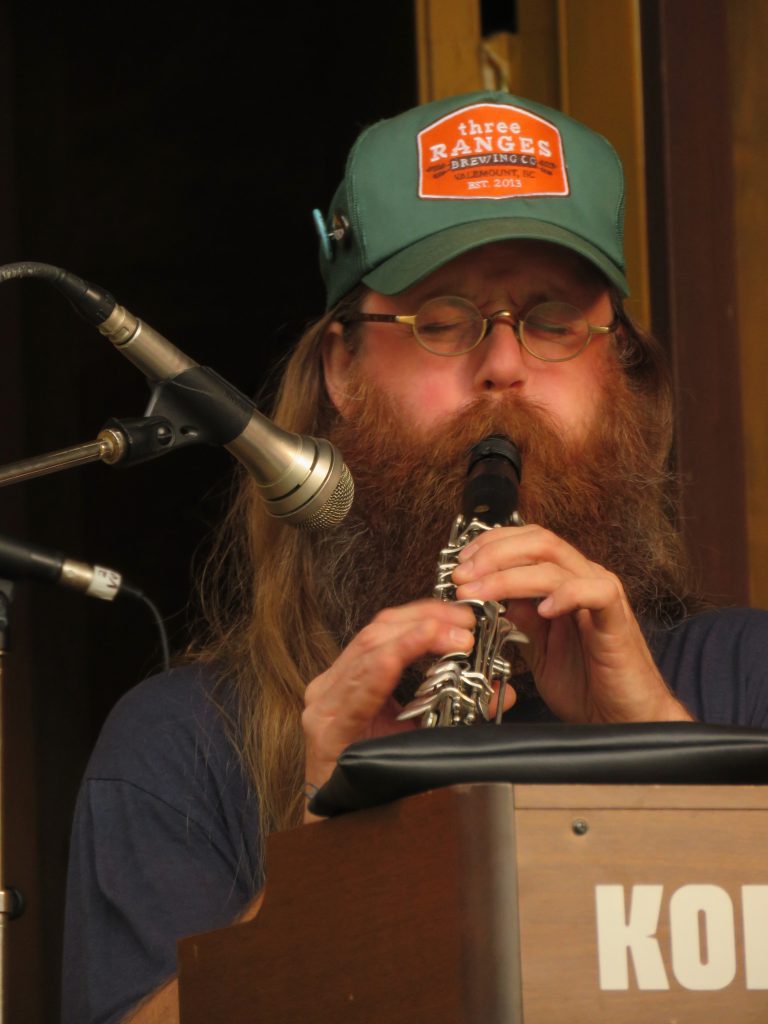 He is married to Leila.  They met in the Yukon , where Leila was a park warden at Old Crow, 500 km from the nearest road.  Her mother-in-law told me, several years ago, that Leila had 14 fiddles.  Maybe she has more now. 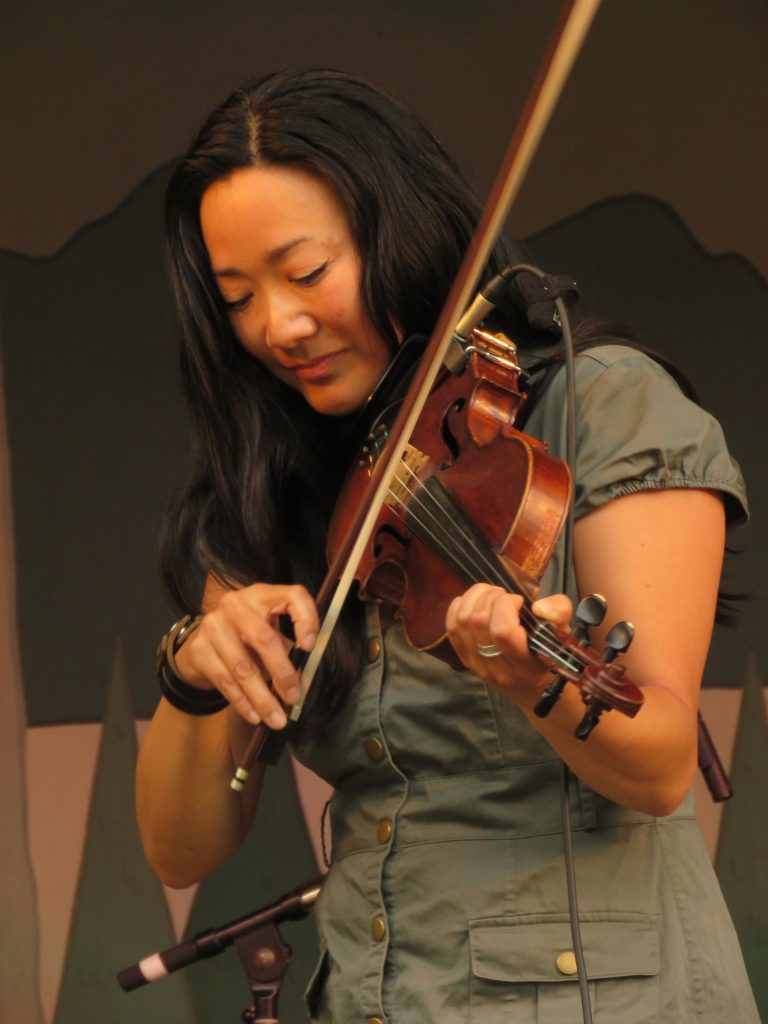 The drummer I don’t know at all, 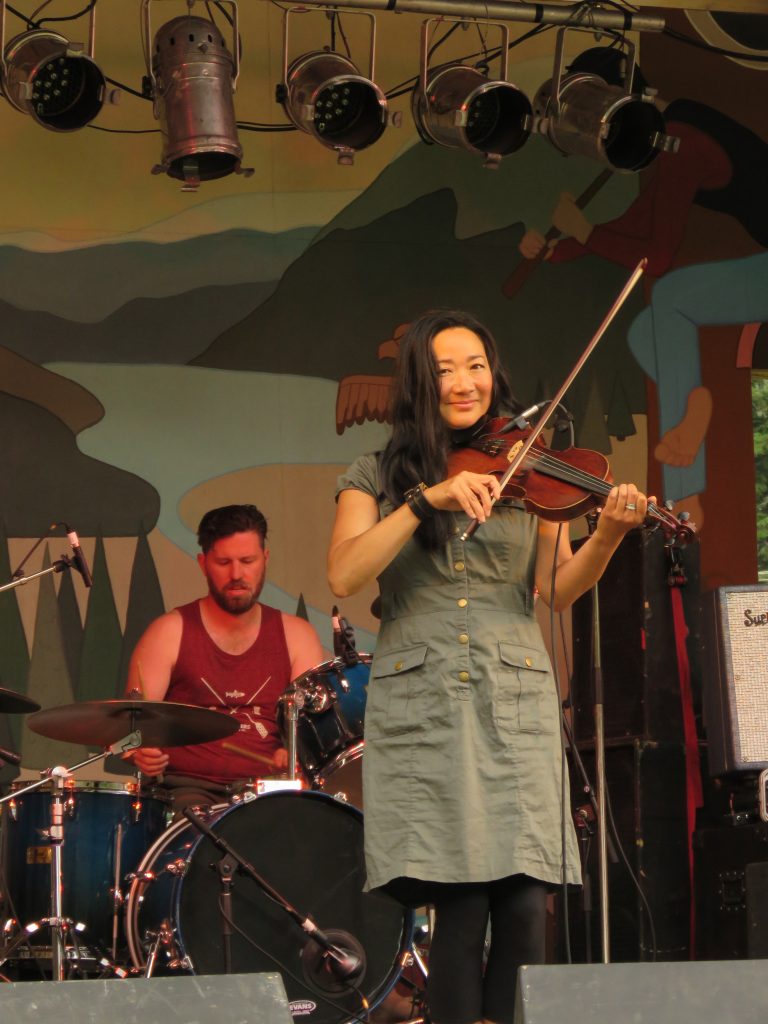 but Joel is also a friend from way back – we used to do craft fairs together.  His wife started a business: Cariboo Wool Bedding.  Joel pulls a slew of faces while playing – I could do a whole blog post on his facial expressions alone. 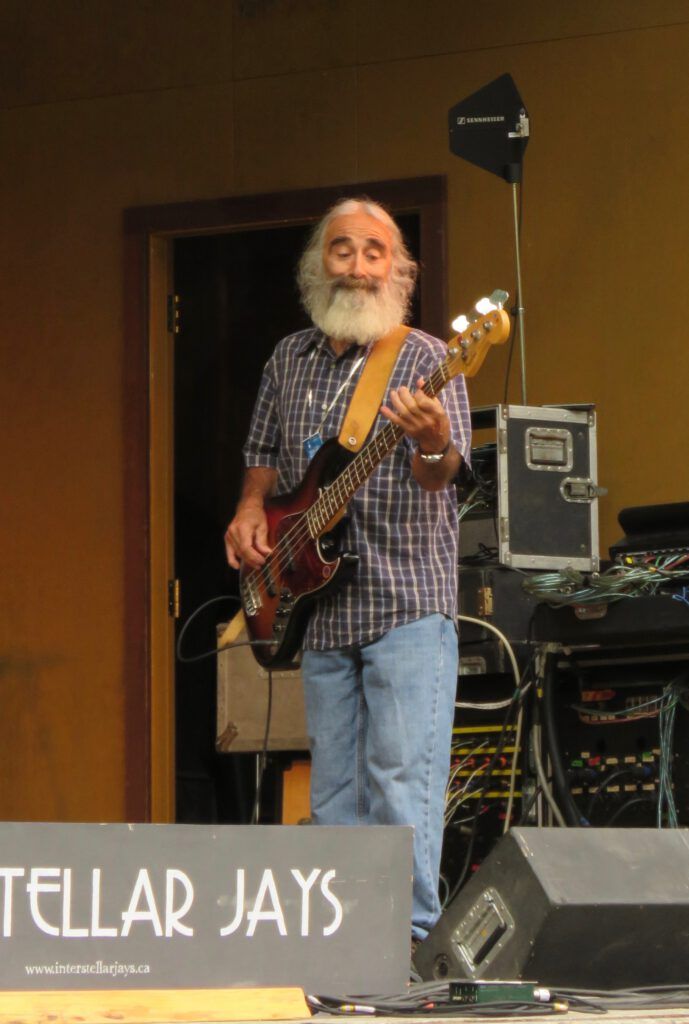 Their music just asked people to dance. The boy is the drummer’s son.  What lucky kids to grow up with music like that. 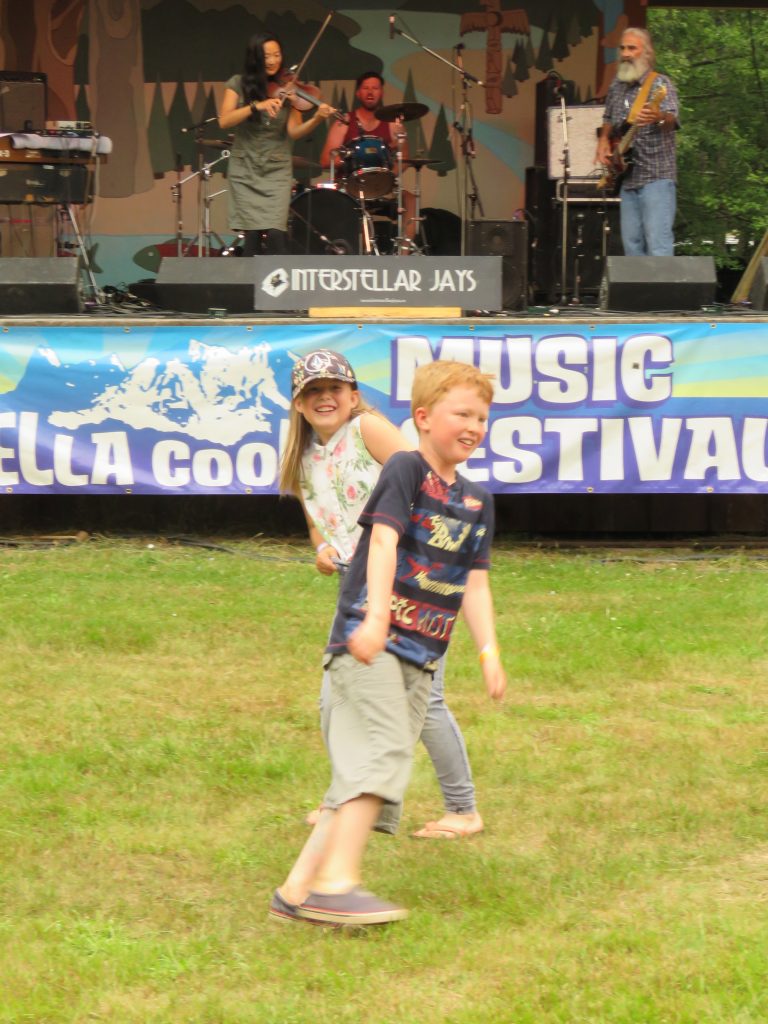 Sunday was the kids’ day at the Bella Coola Music Festival.  There was face painting. 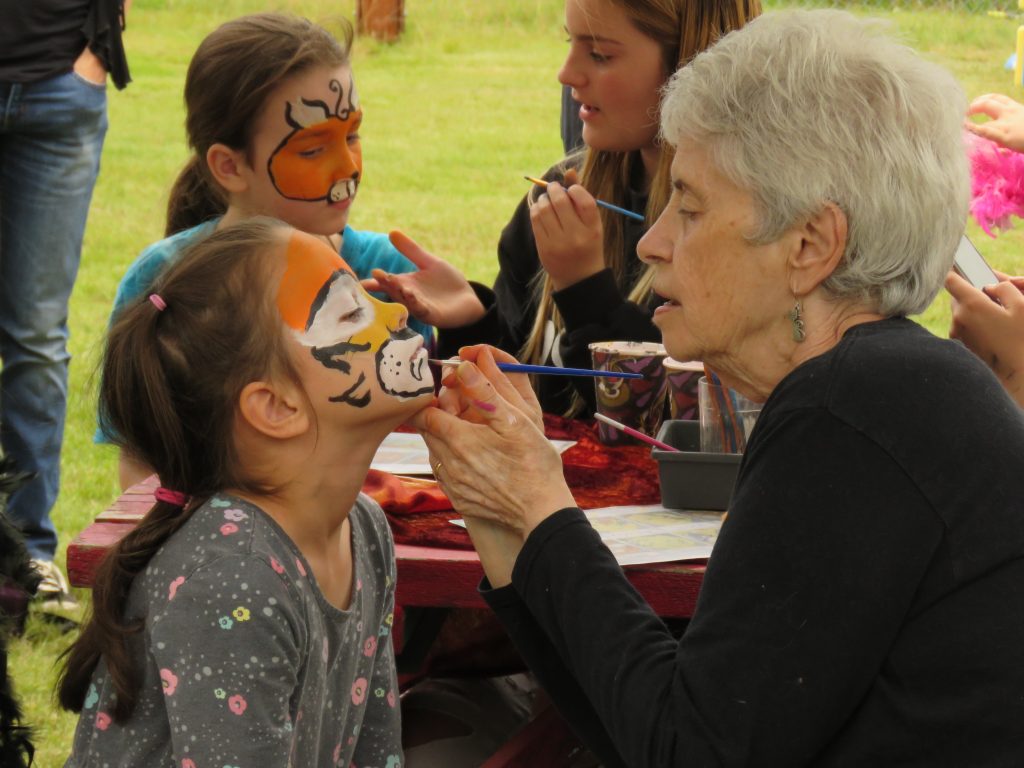 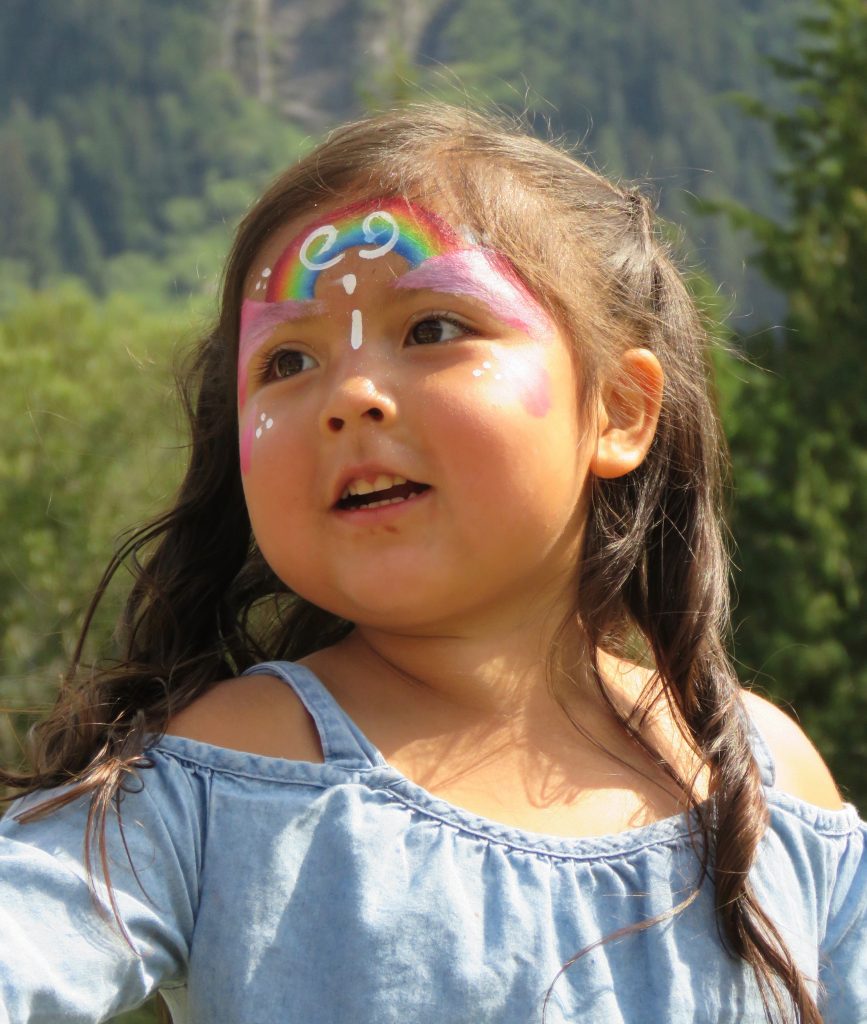 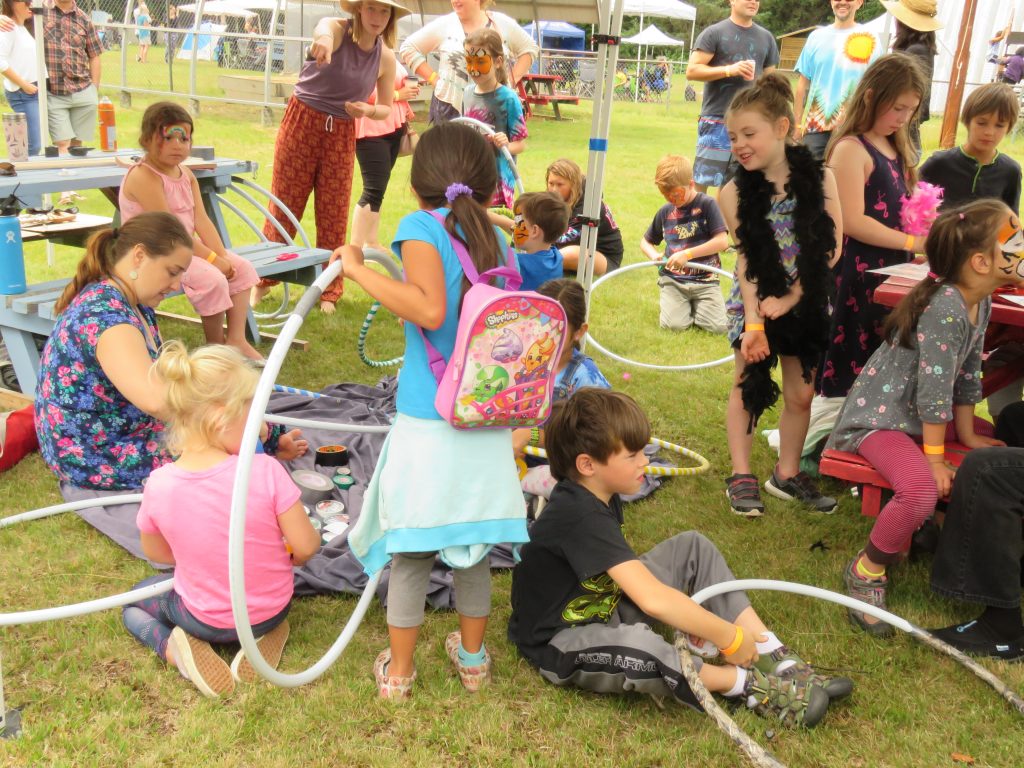 And attempts to spin them (they usually fell down pretty quickly.) 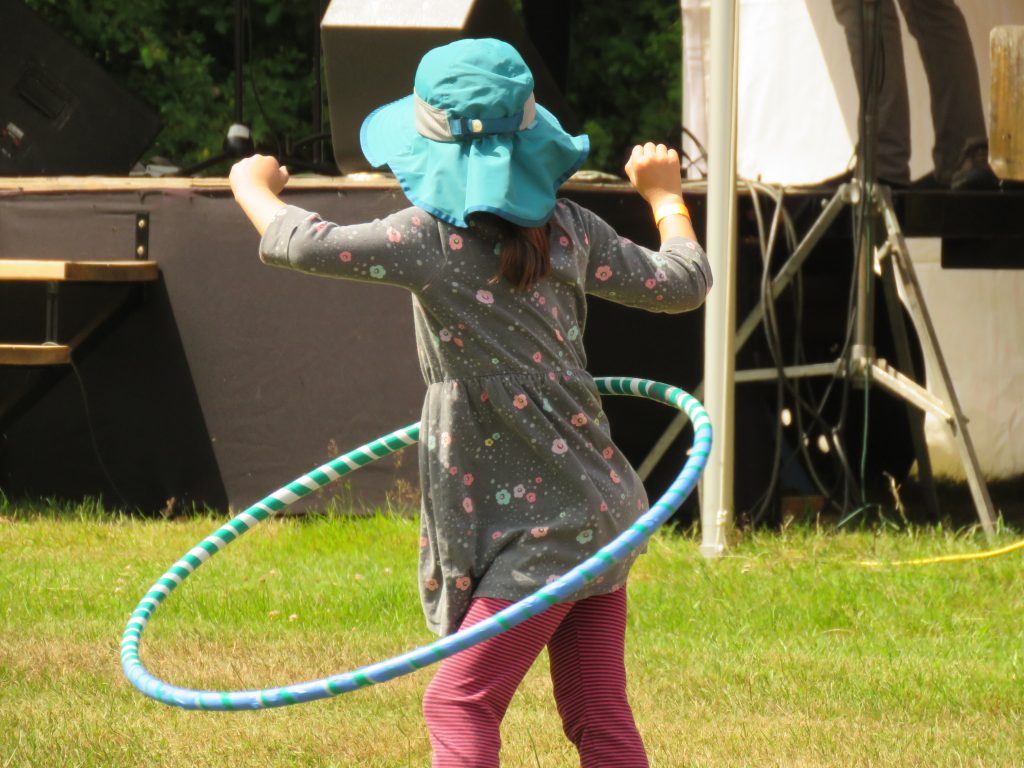 Then in came the frogs. 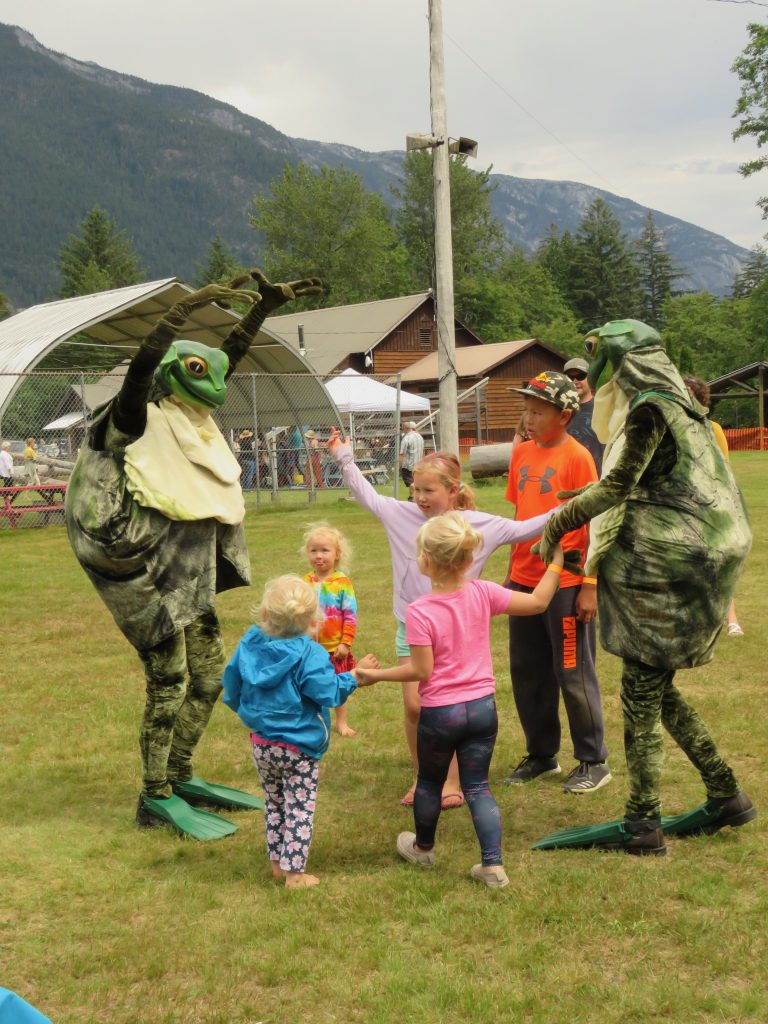 After a while, the frogs morphed into two birds. 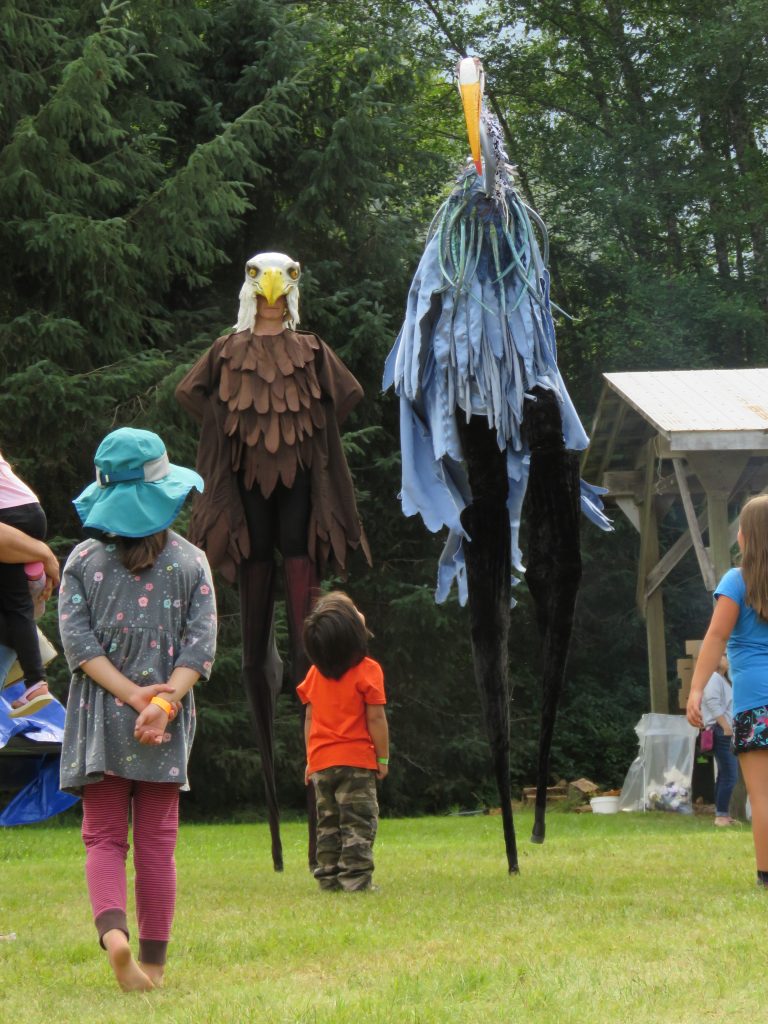 They danced so gracefully on their stilts. 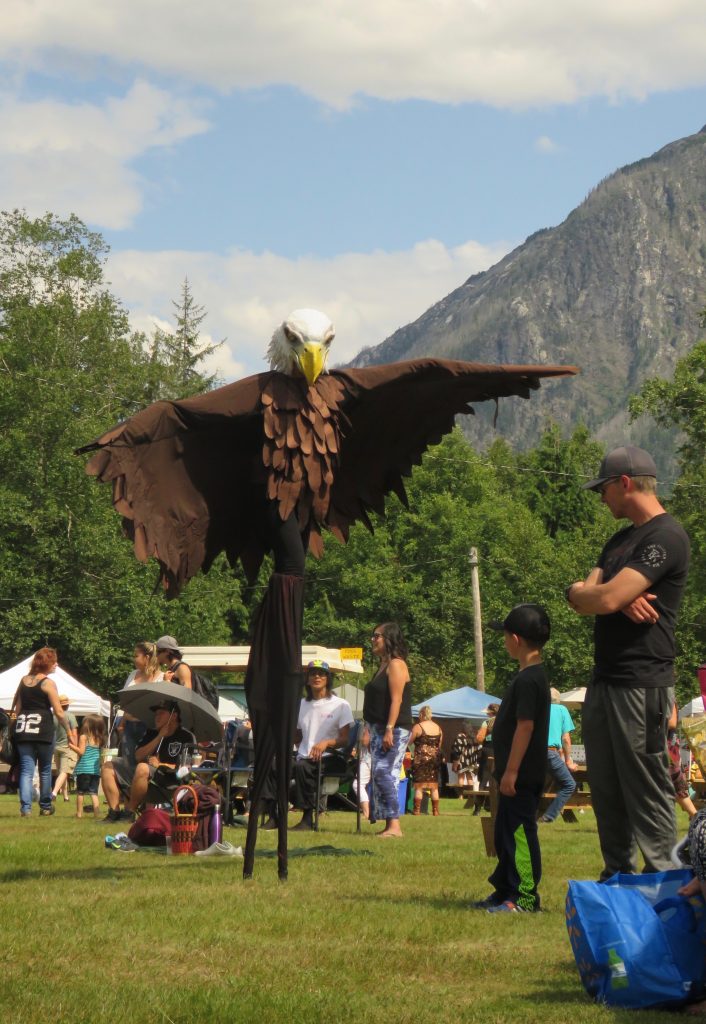 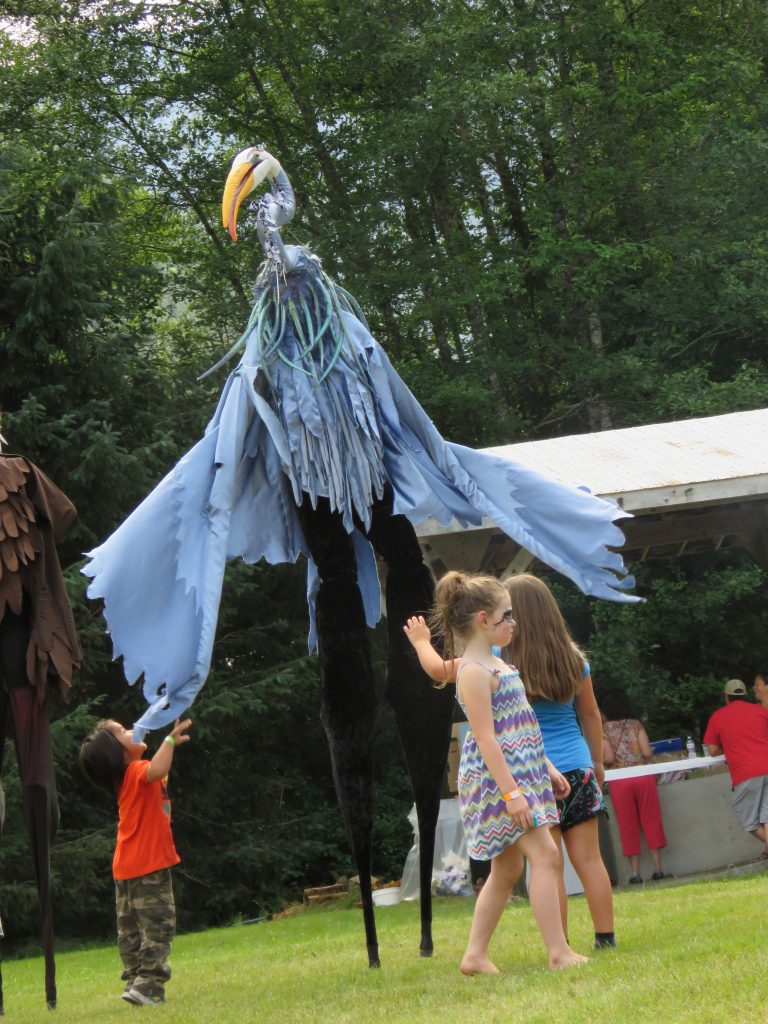 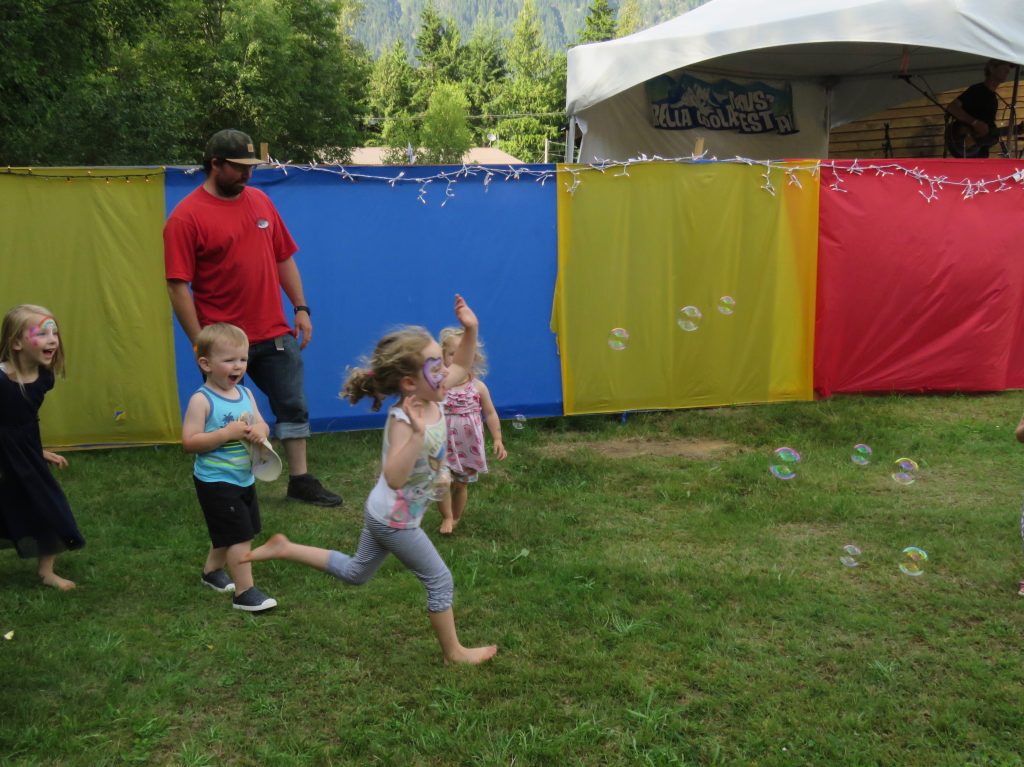 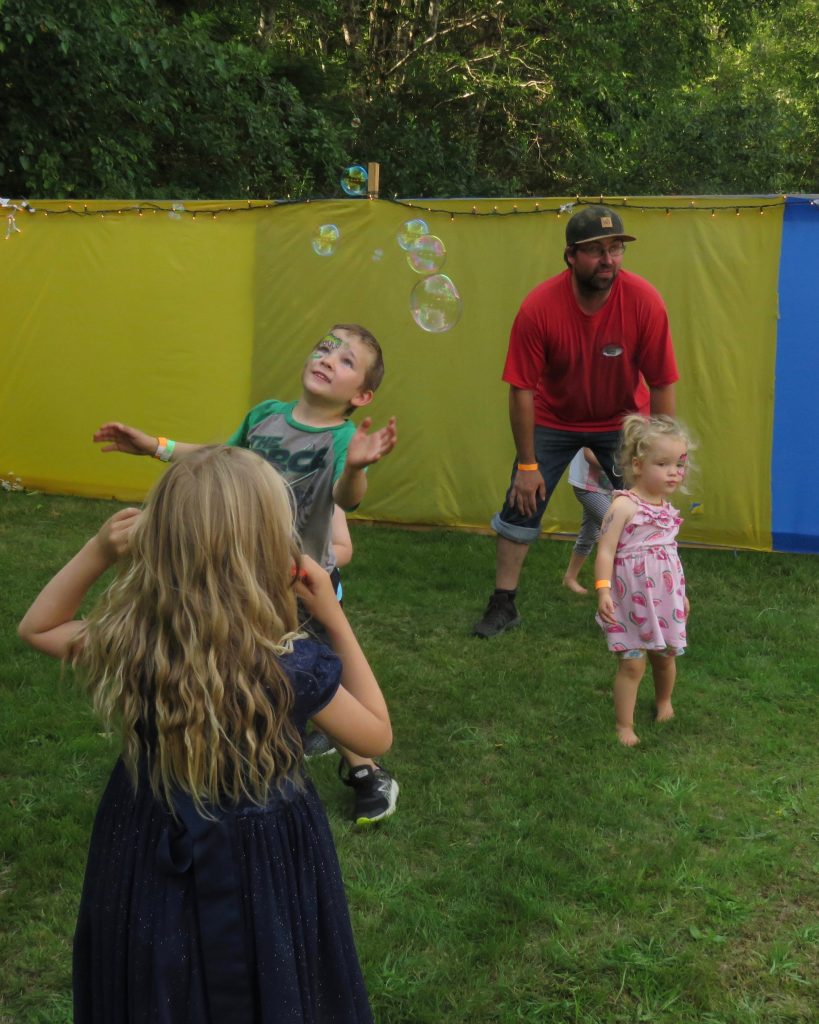 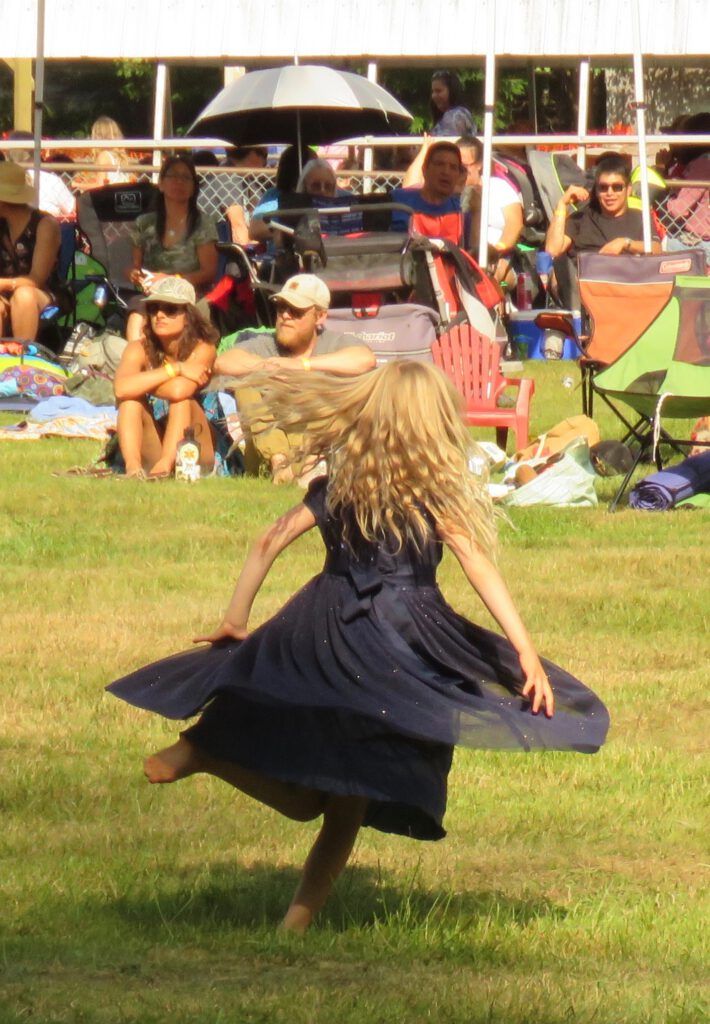 By the way this one moved, I would guess she’d had ballet training. 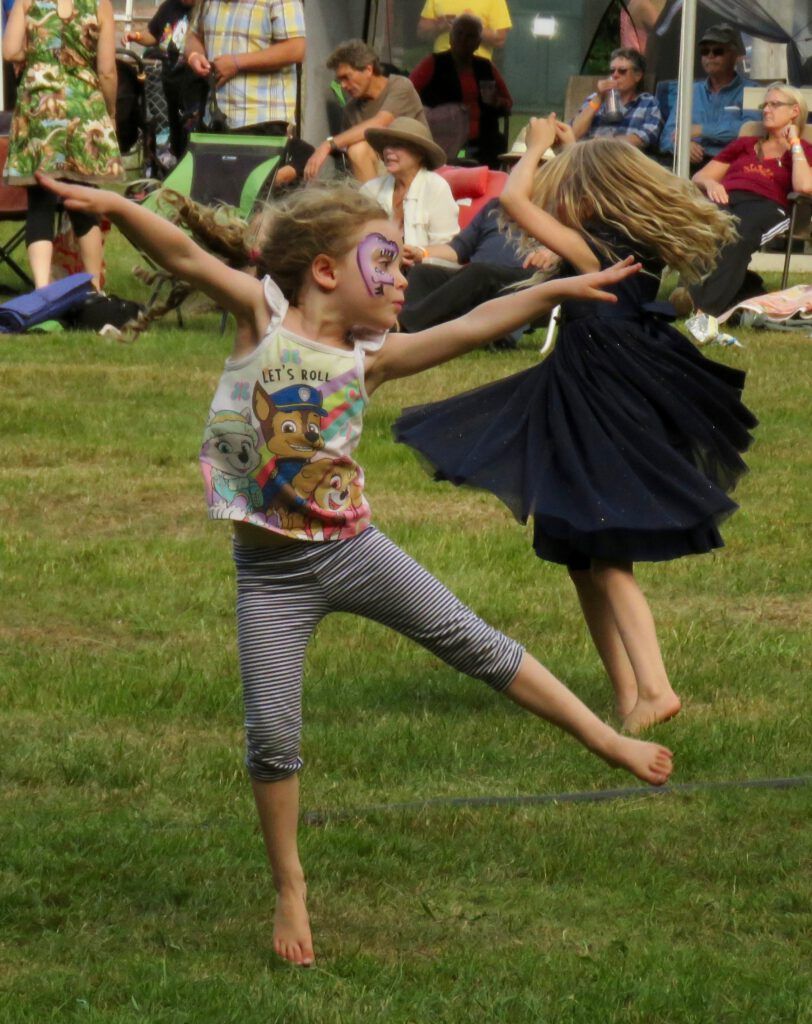 Finally there was a call for everyone to sit in front of the stage for the magician. 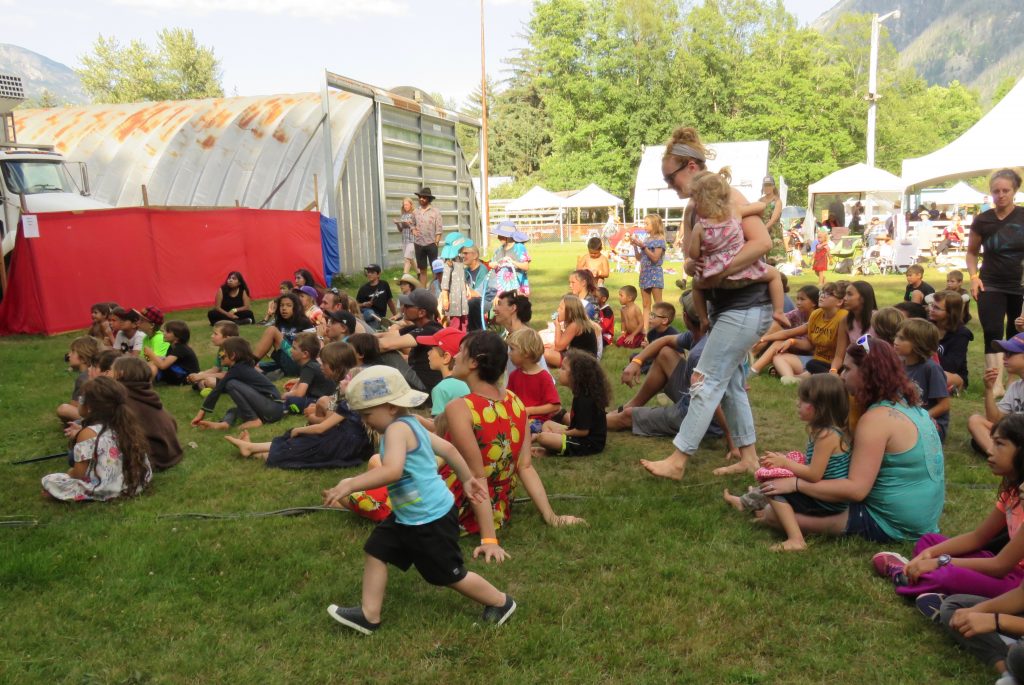 Jesaja Class is an amazing illusionist and a brilliant man in many fields.(He comes by his hair honestly – his mother’s is the same – but white!  He lives on the Chilcotin and I meet him and his family in Williams Lake sometimes.) 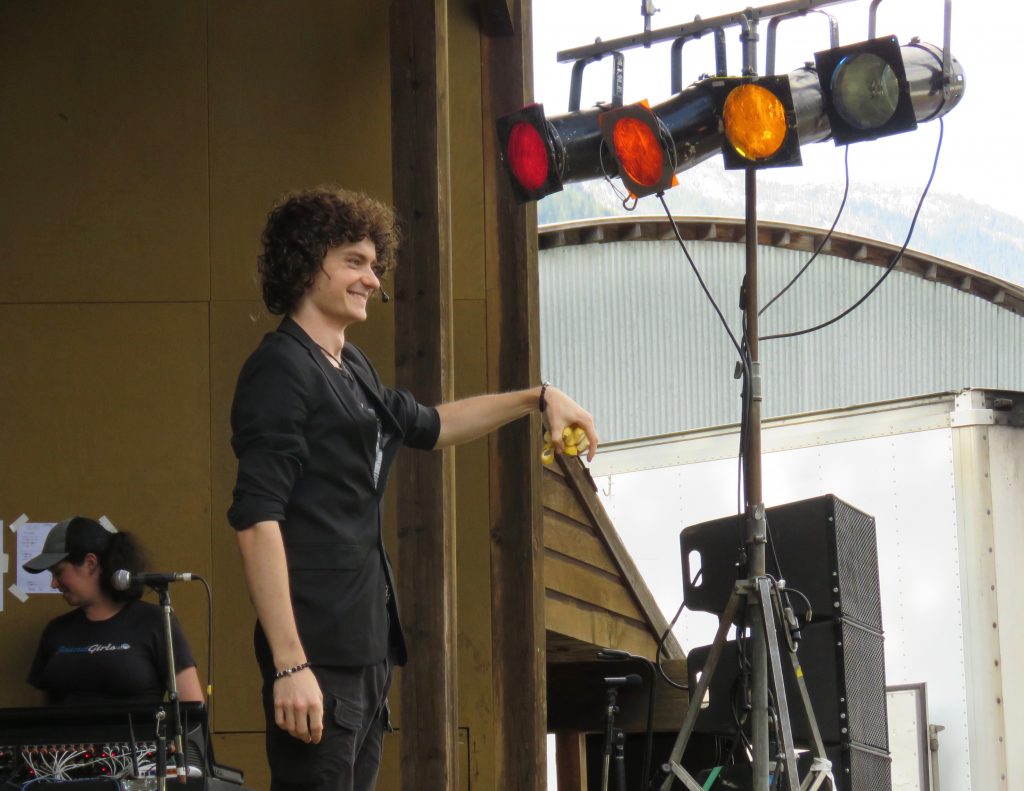 I have absolutely no idea how his illusions are done.  On one, he asked a woman to sign a playing card that he then made vanish.  He produced a small black bag that he said came out of the freezer.  His helper agreed it was very cold.  He opened the bag – and inside was the exact playing card, complete with signature, frozen in a block of ice.  His audience, like me, was enthralled. 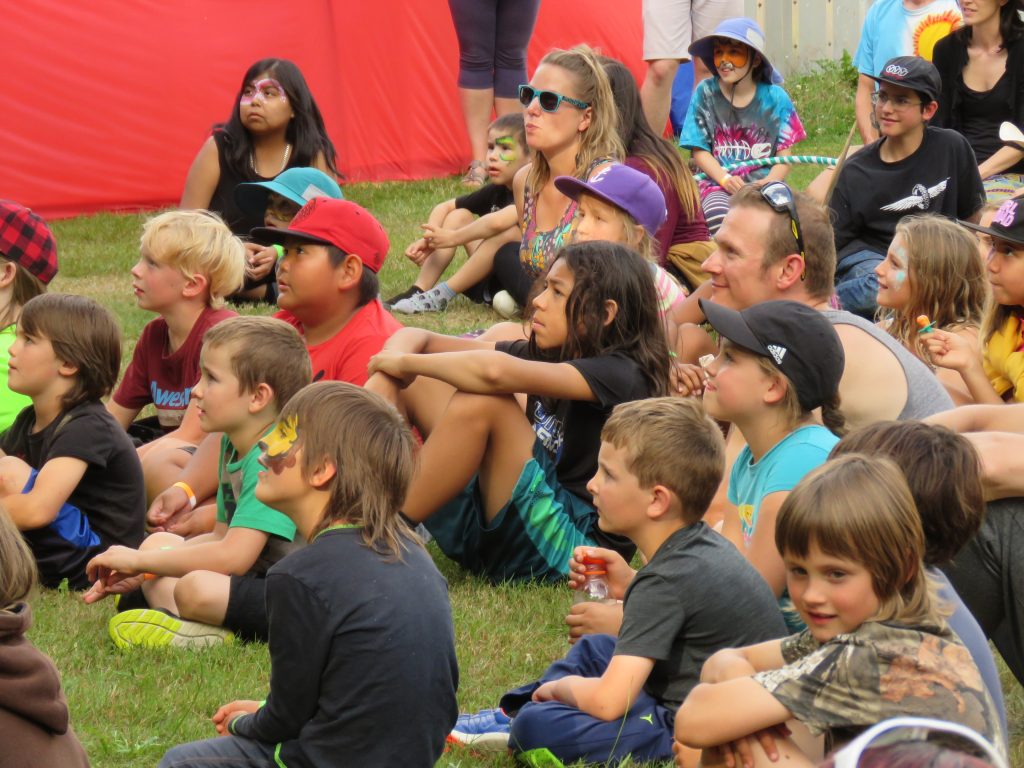 So that is the end of all the organized entertainment in my area this summer.  Time to sit back, catch up, and take a rest.