I have never known such a sunny November!  We had our winter in September.  But a lot of October and the first three weeks of November have been amazing.  Frost at first, 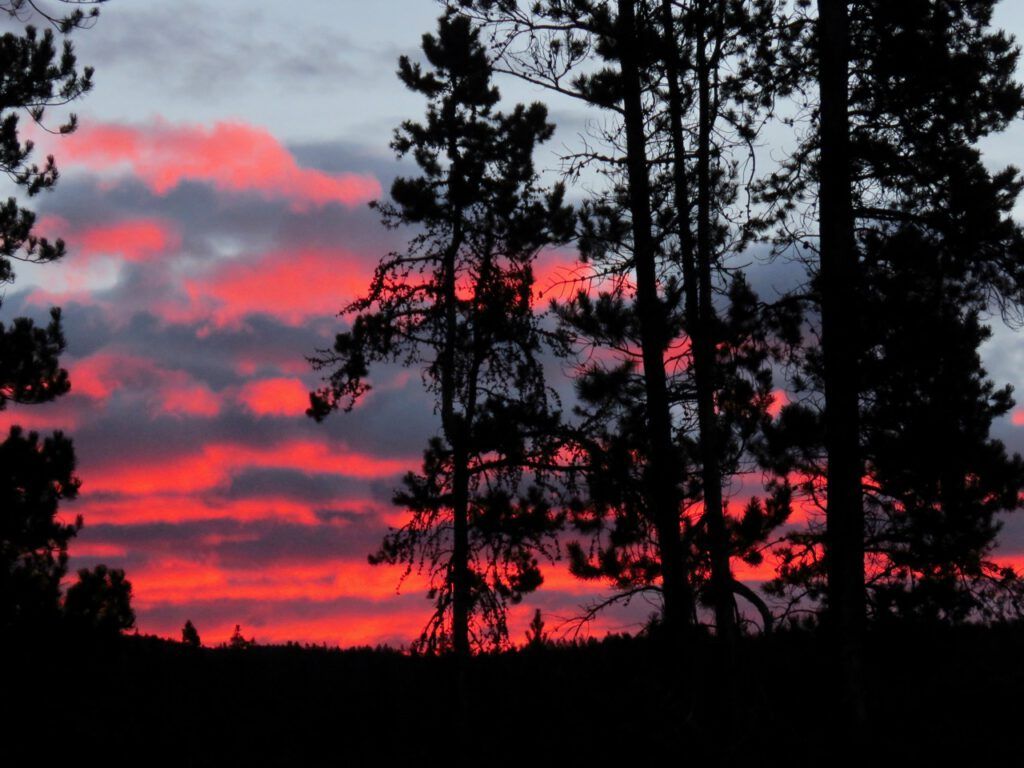 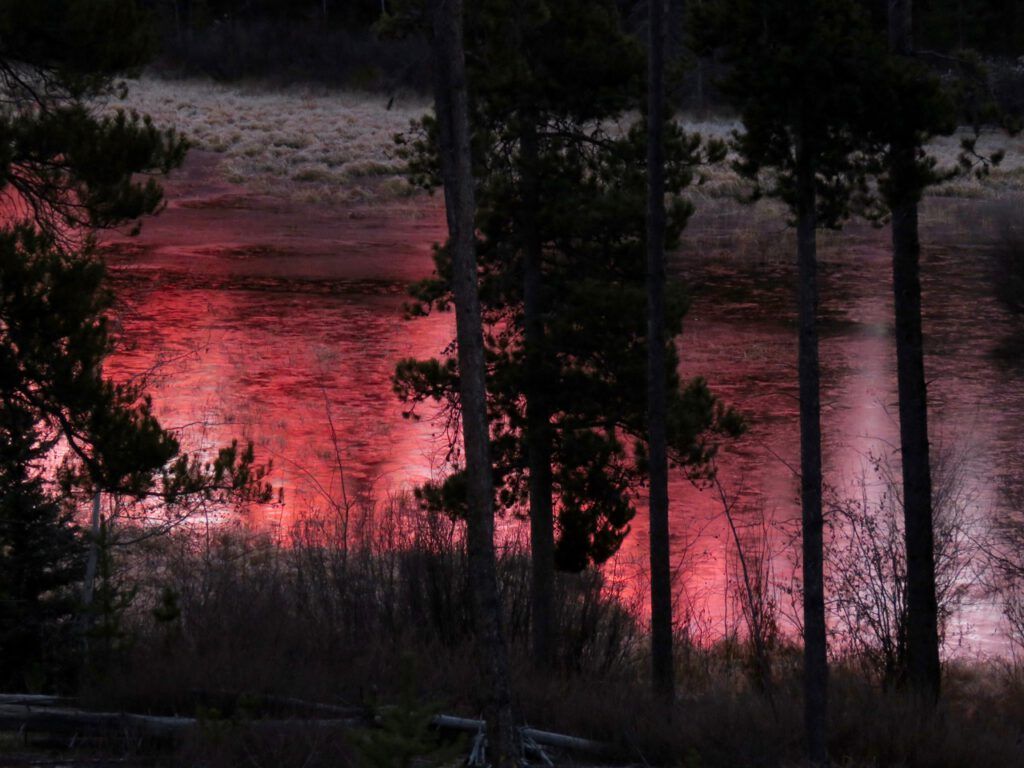 But then it rained. 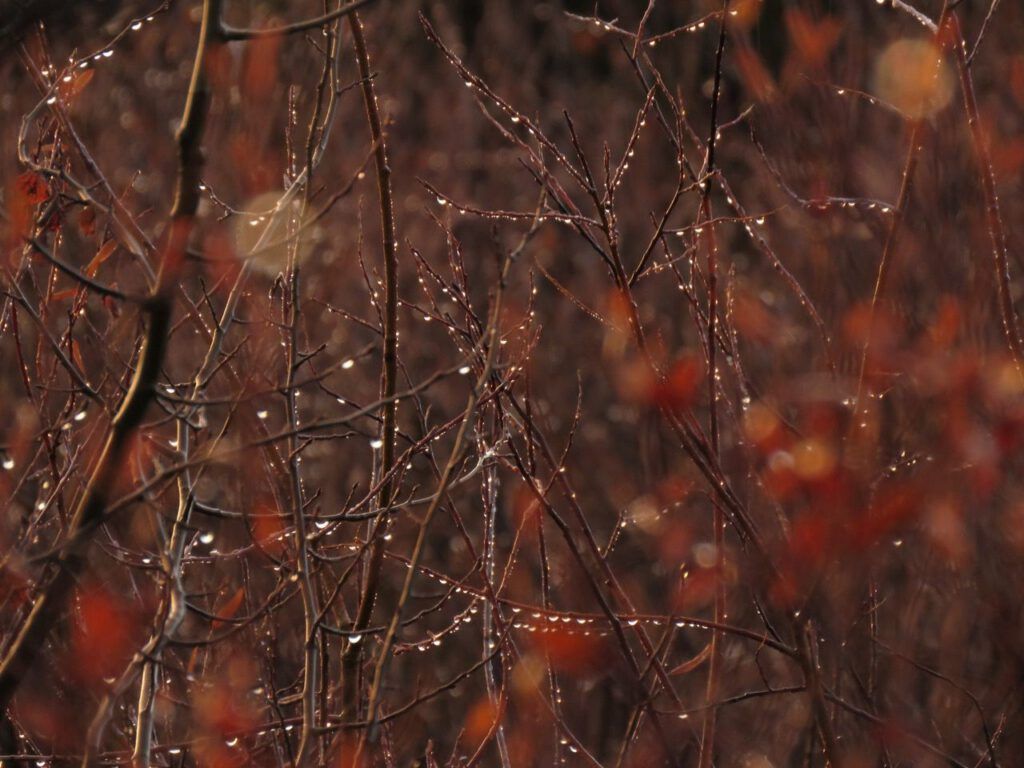 The temperature in these next few pictures was right around freezing so the water, although not frozen, was stiff and every drop stayed. 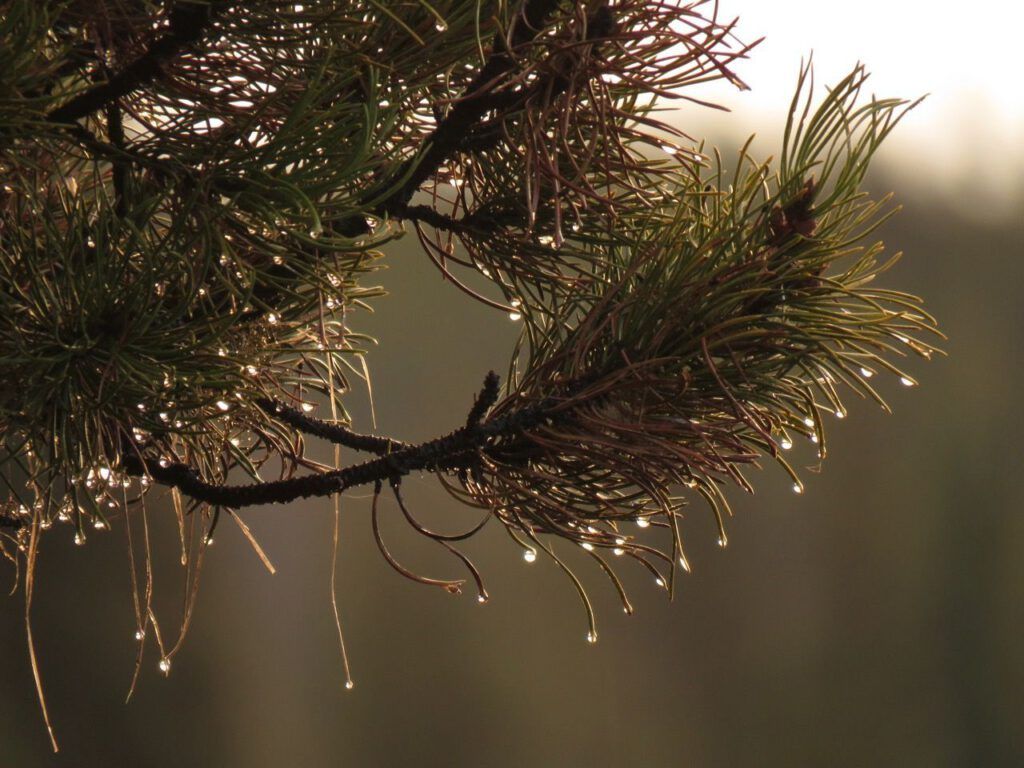 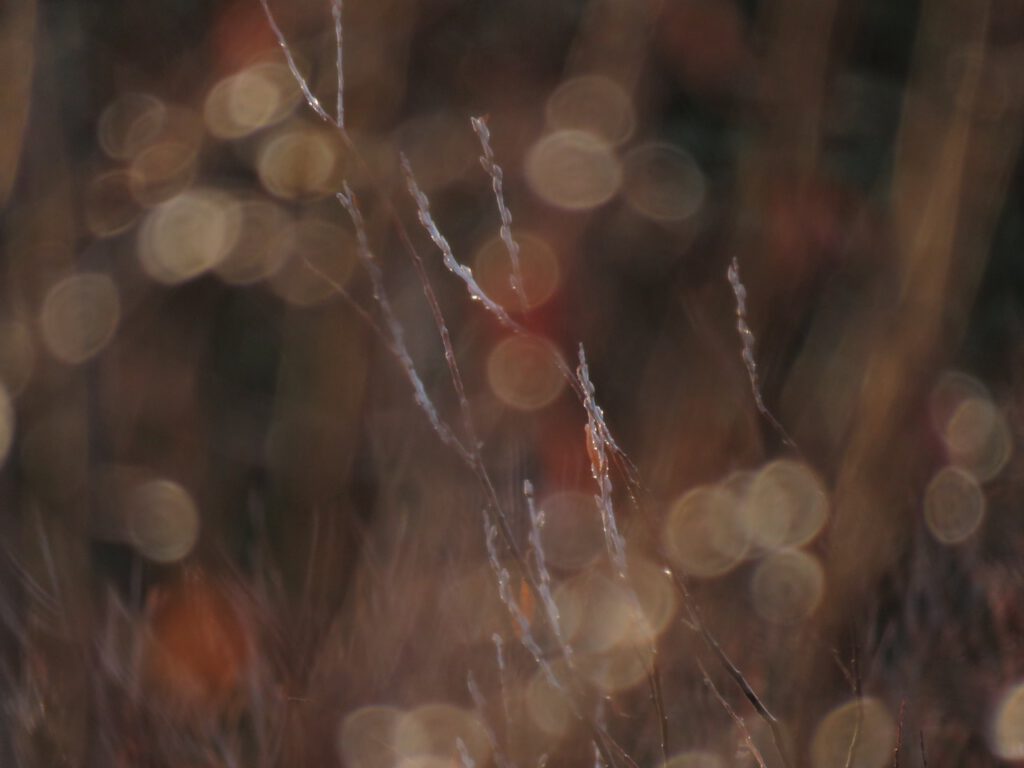 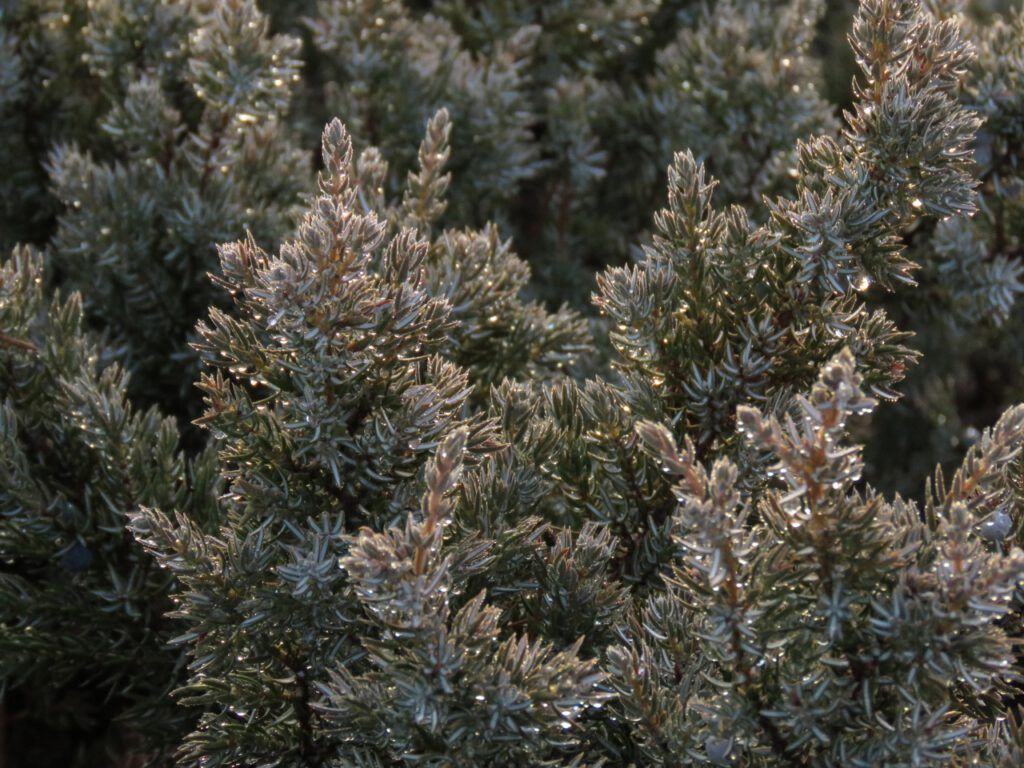 The ice, which had been on the pond for many days, thawed completely. 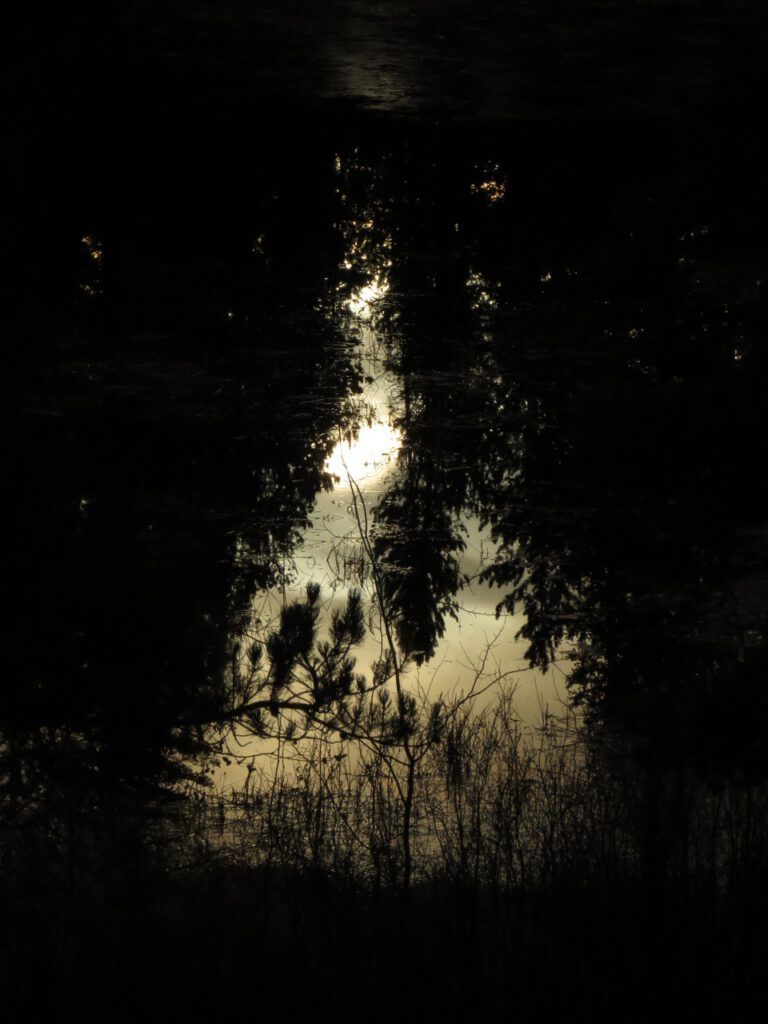 Even though I now have no volunteers, I am continuing to burn.  It is a slow job on my own and there will be a great deal to do next year. 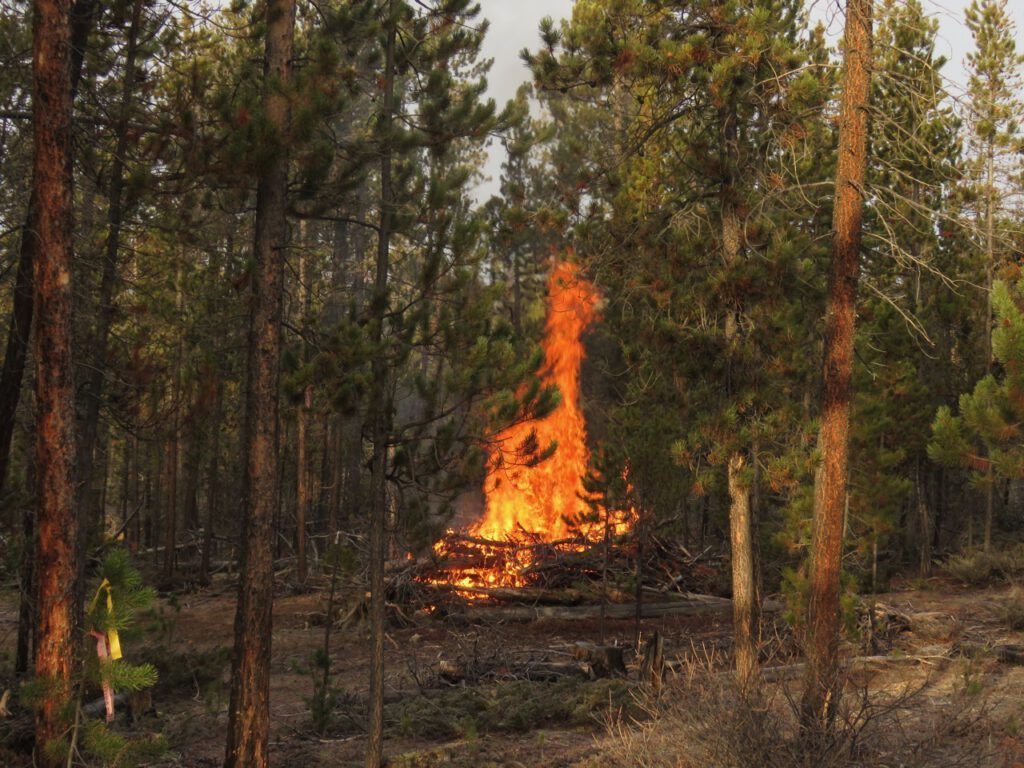 Then it turned cooler again.  The sunrise point is rushing towards it’s winter turn-around place. 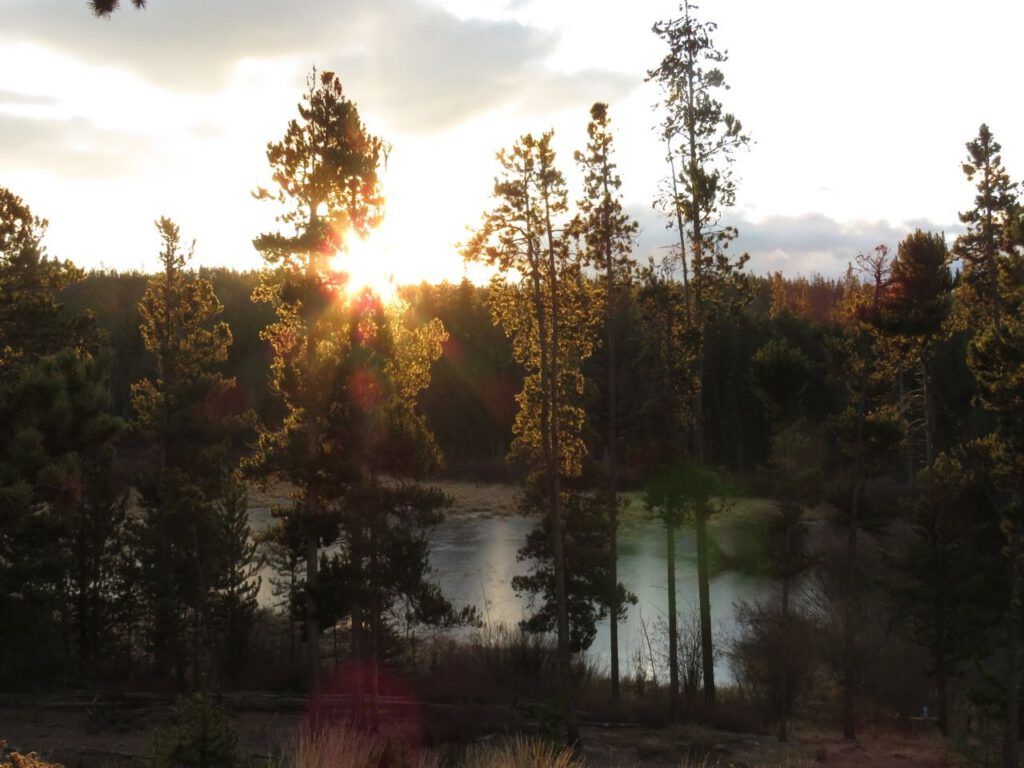 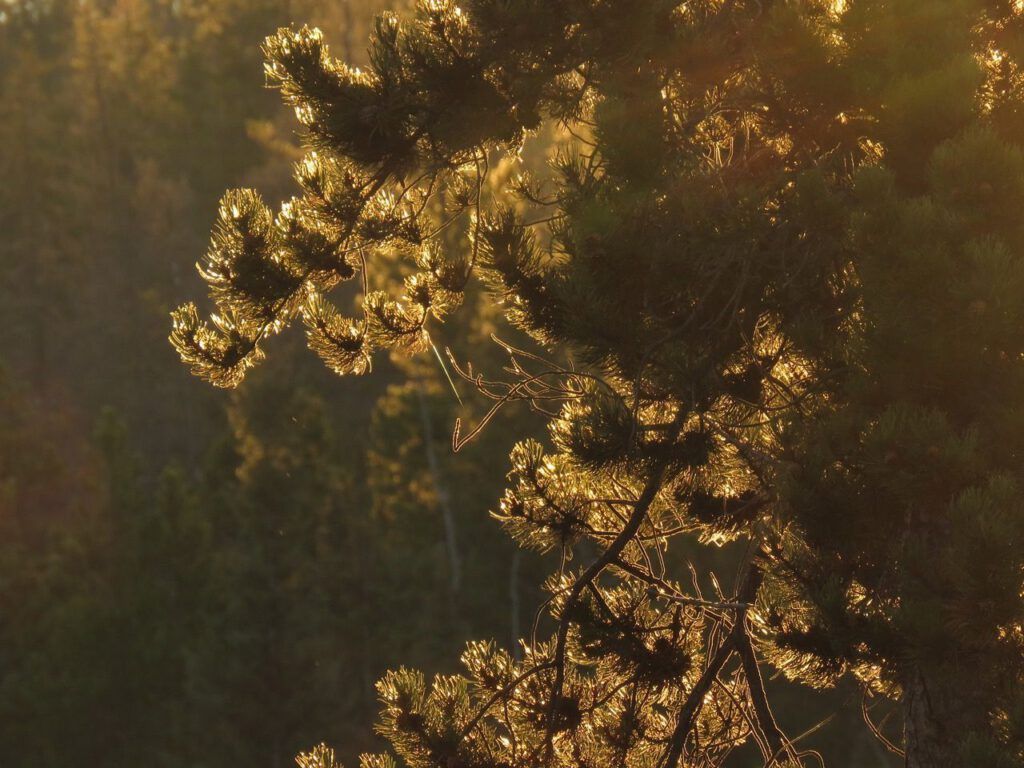 Knowing that the ground would soon freeze, I dug a hole for the bird feeder post and stuck up a few branches as perches.  It wasn’t long before I had three grey jays and about 8 or 9 chickadees (mountain and black-cap.) 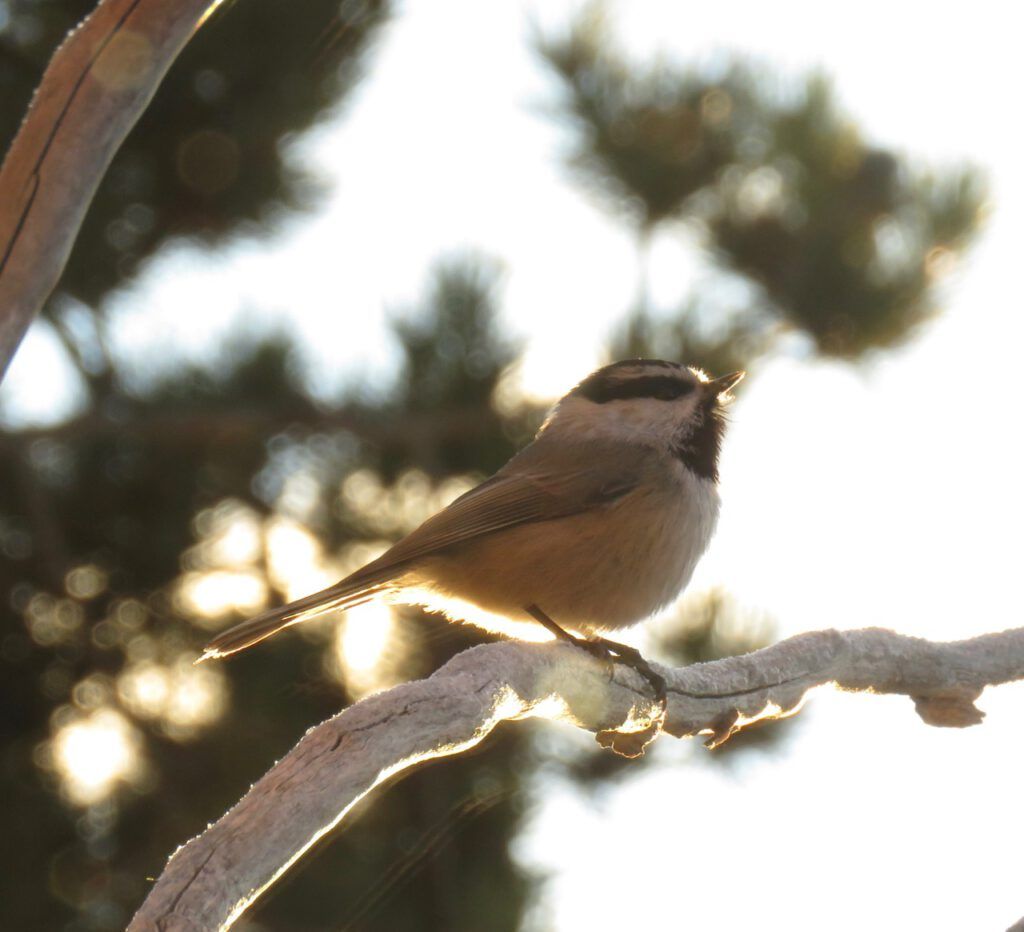 This time last year we had temps in the mid minus twenties and a foot of snow on the ground.  But although  there has been the odd dribble of rain and flake of snow, the ground is pretty much clear.  Even the mountains have only a thin cover. 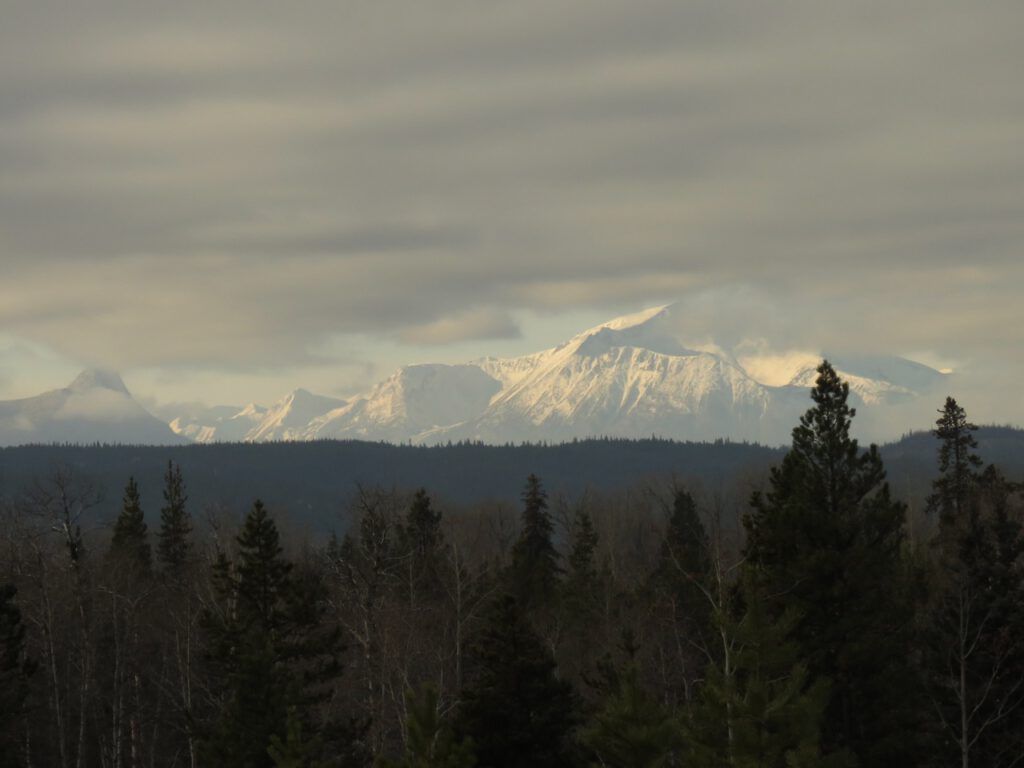 The bits of fog and cloud in the morning usually cleared and the afternoons have been sunny and warm. 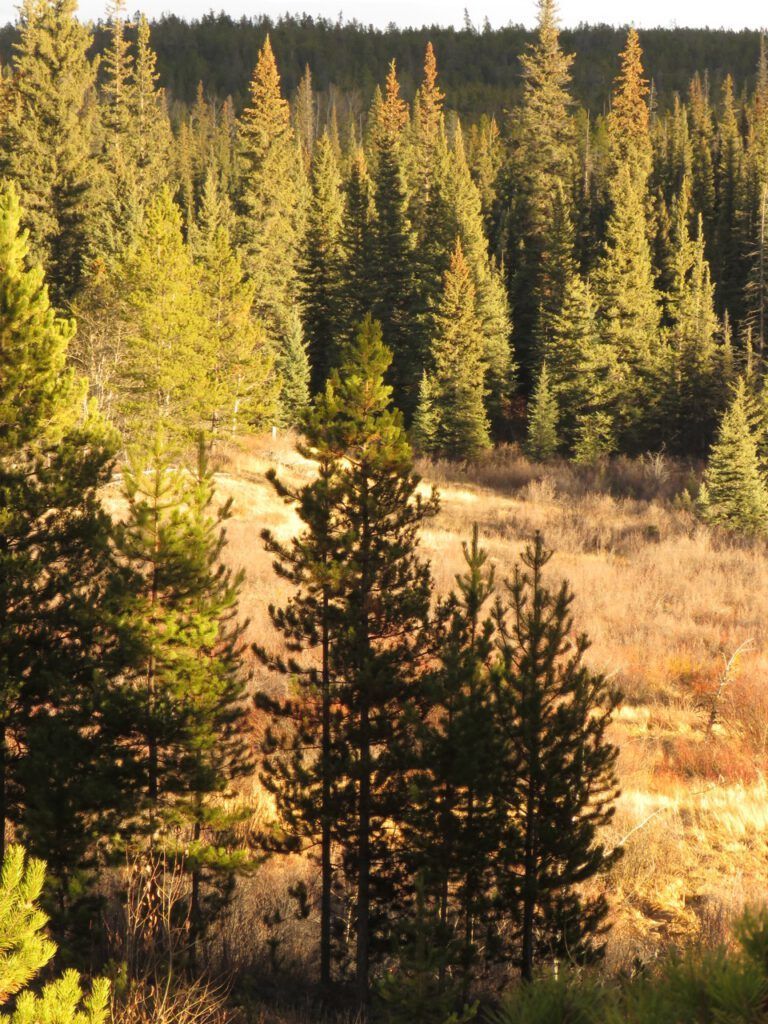 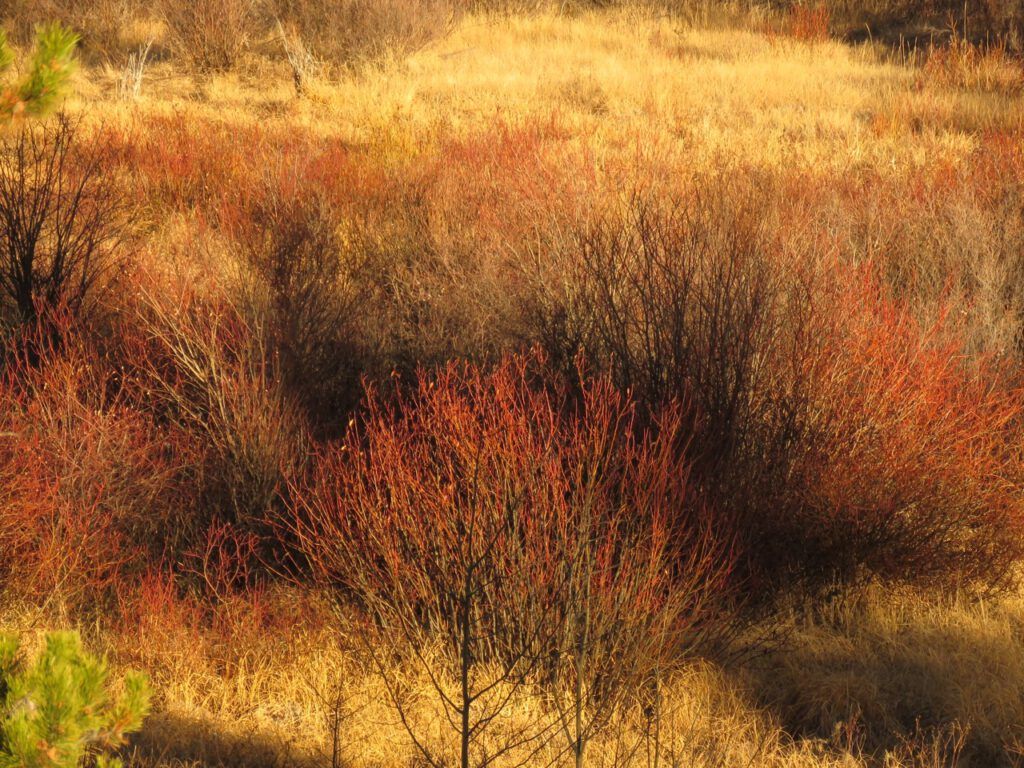 The mornings, however, have usually been around -10C. 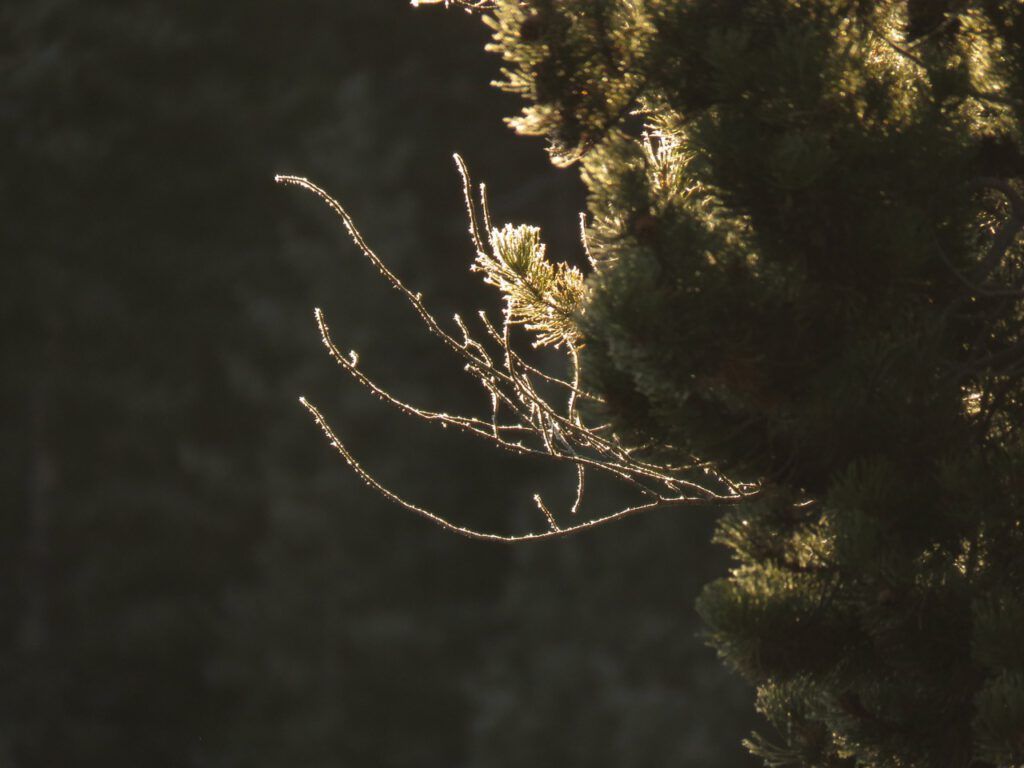 Here is a 2-day-old moon at sundown. 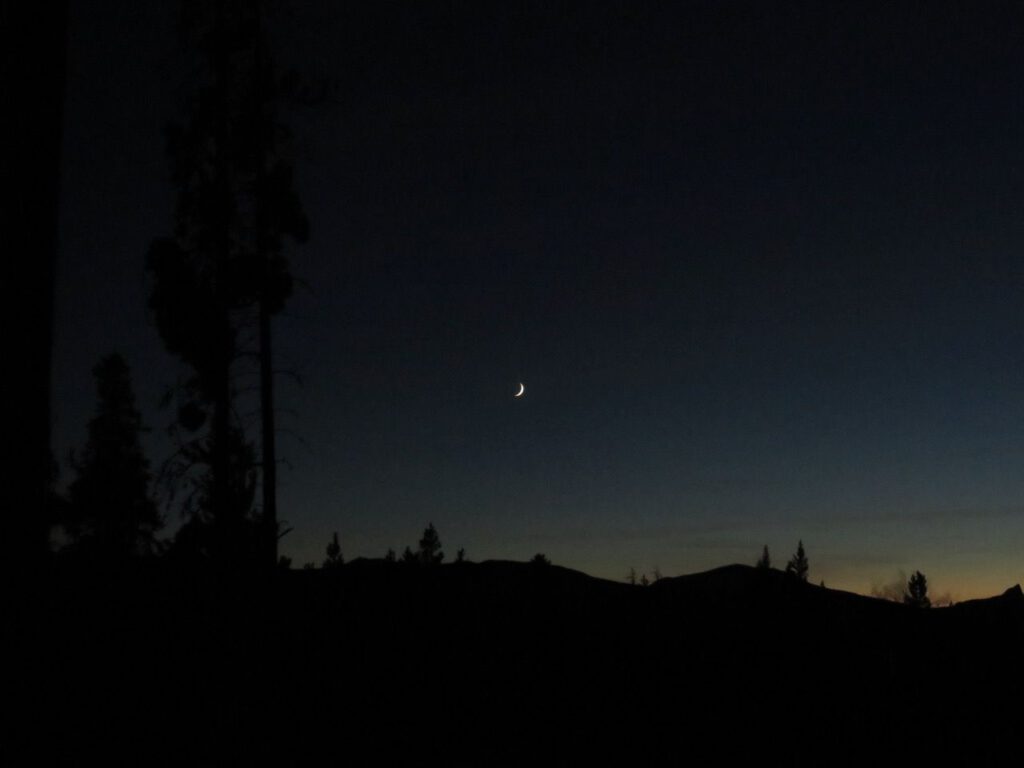 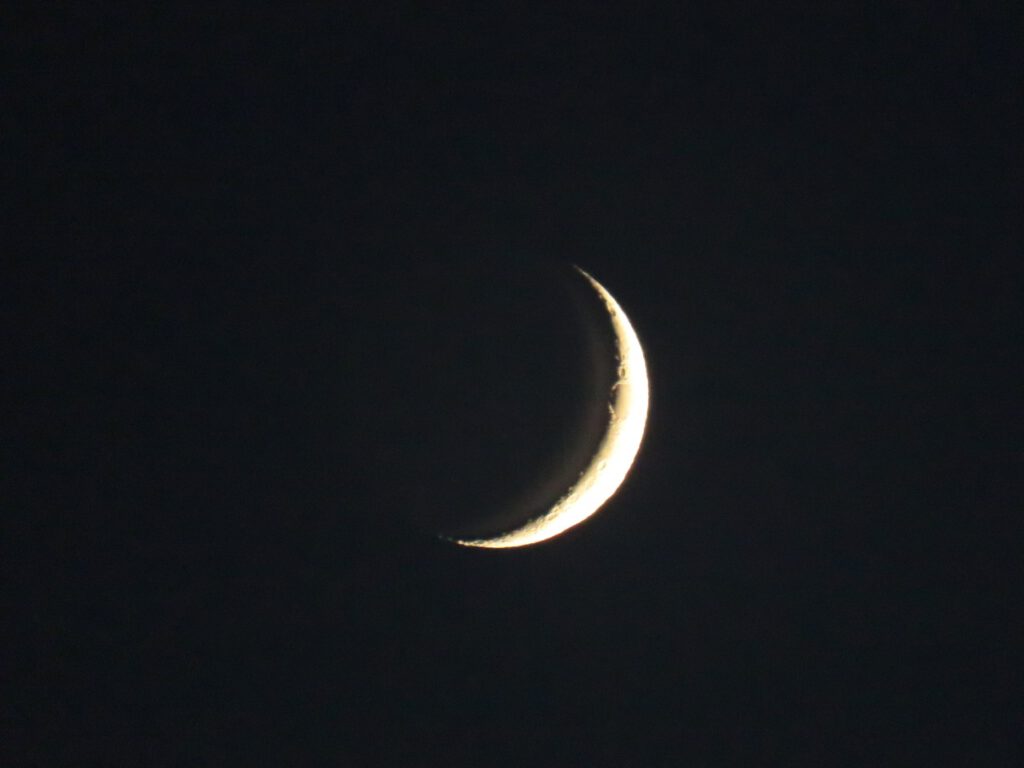 The mornings tended to have a bit of a haze, 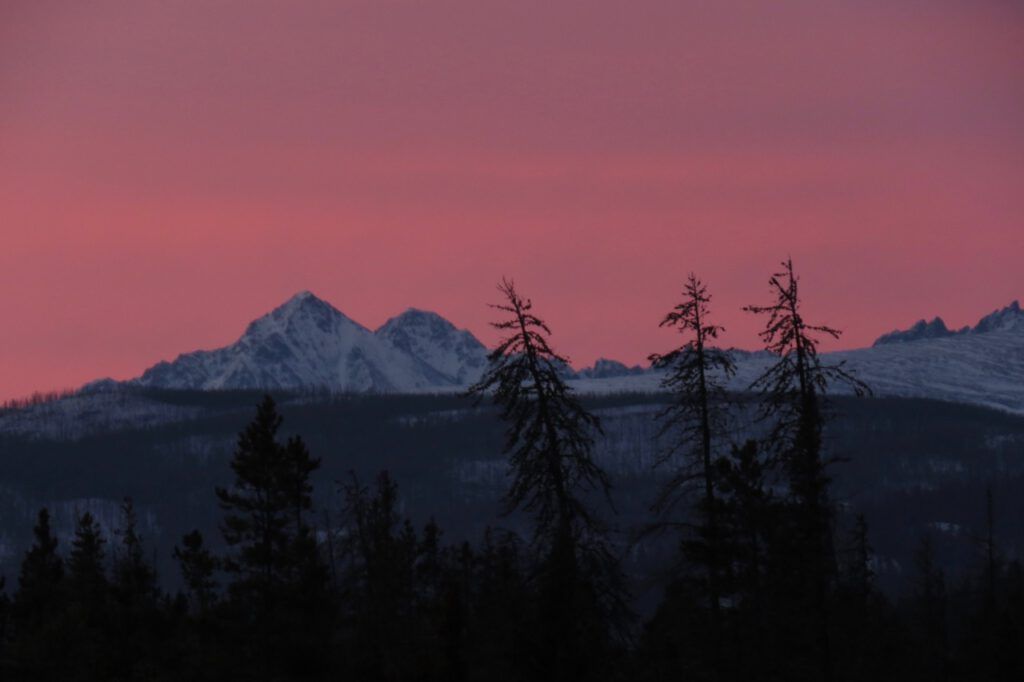 But one morning was completely clear, and in the east, in the dark, a light appeared that was so bright I thought it was a logging truck – but there were no logging roads there.  Then I figured it must be a plane.  But it was silent and did not move – at least, not very quickly.  My camera wouldn’t photograph it until more light came into the sky – it was Venus.  It twinkled long after all the other stars faded. 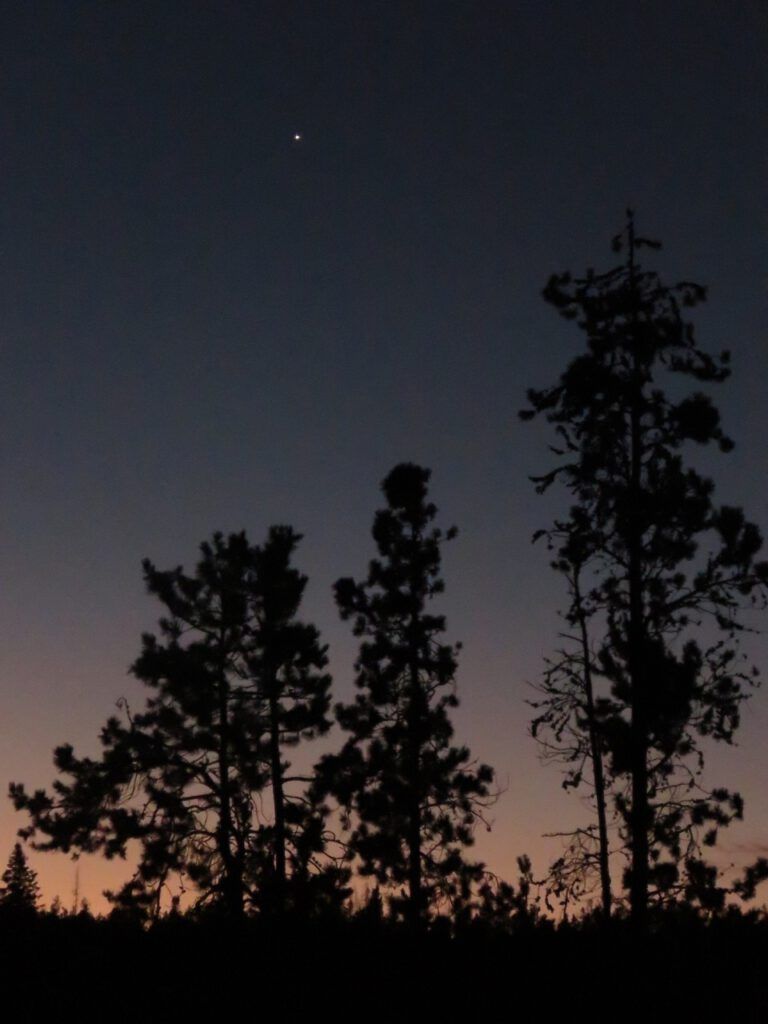 Out of focus but a fun picture anyway. 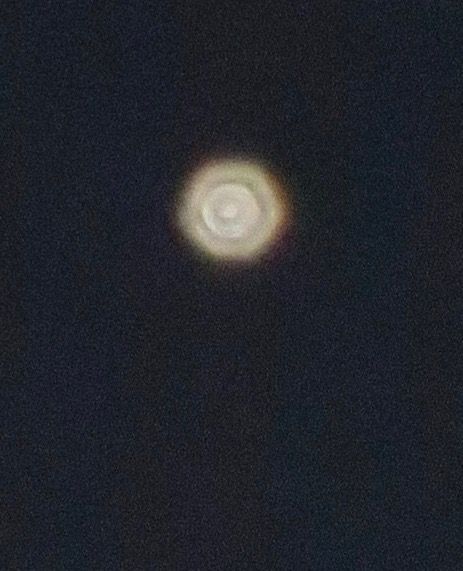 The frosts continued and soon the pond was making pinging and grumbling noises.  Nice pink lights shone on the mountains. 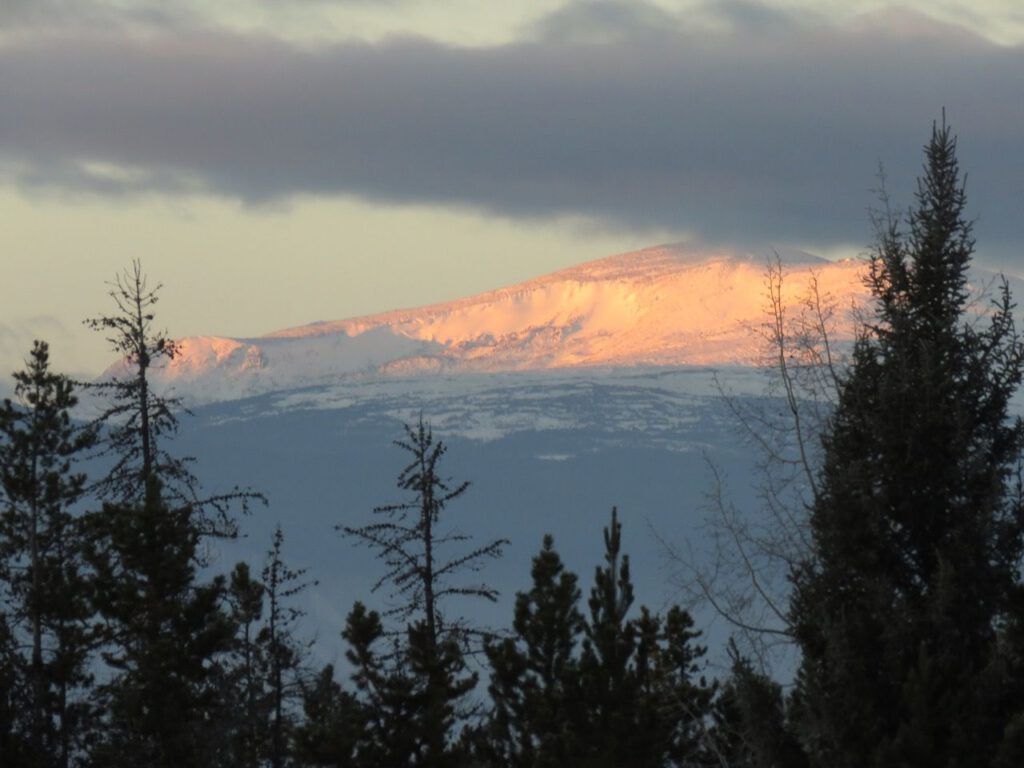 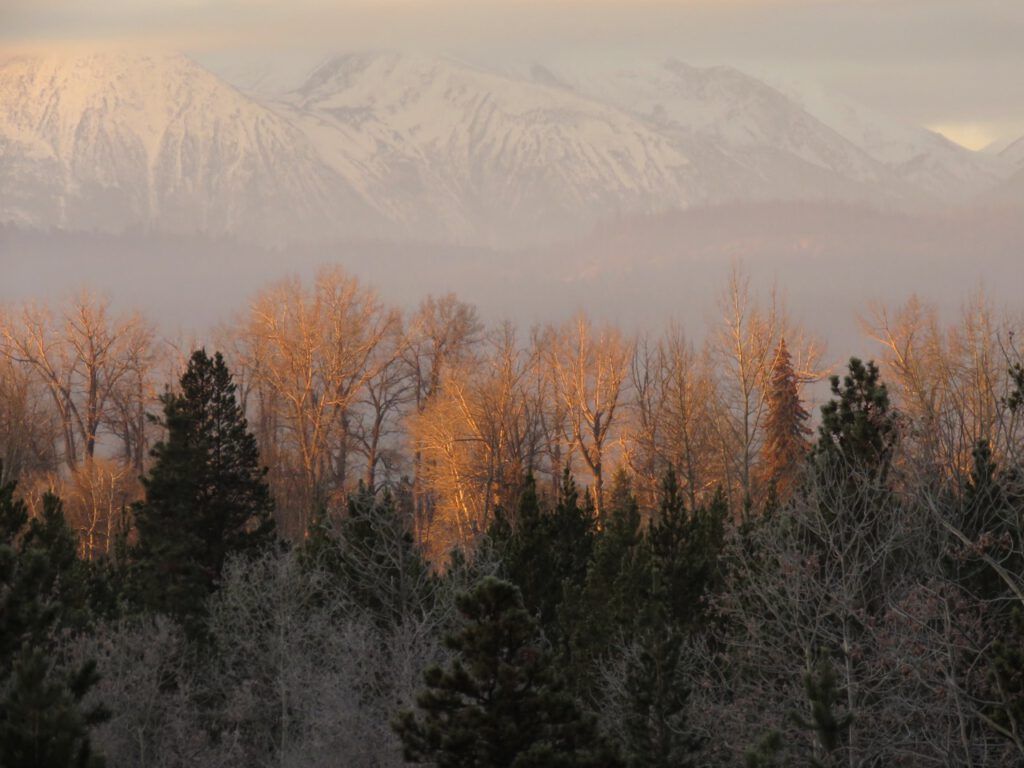 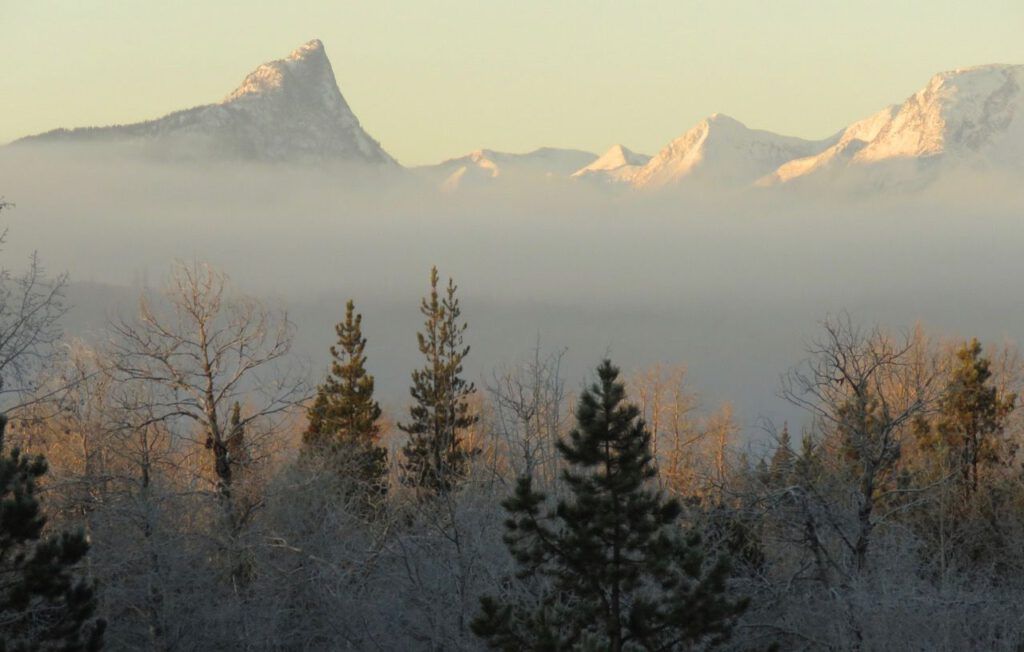 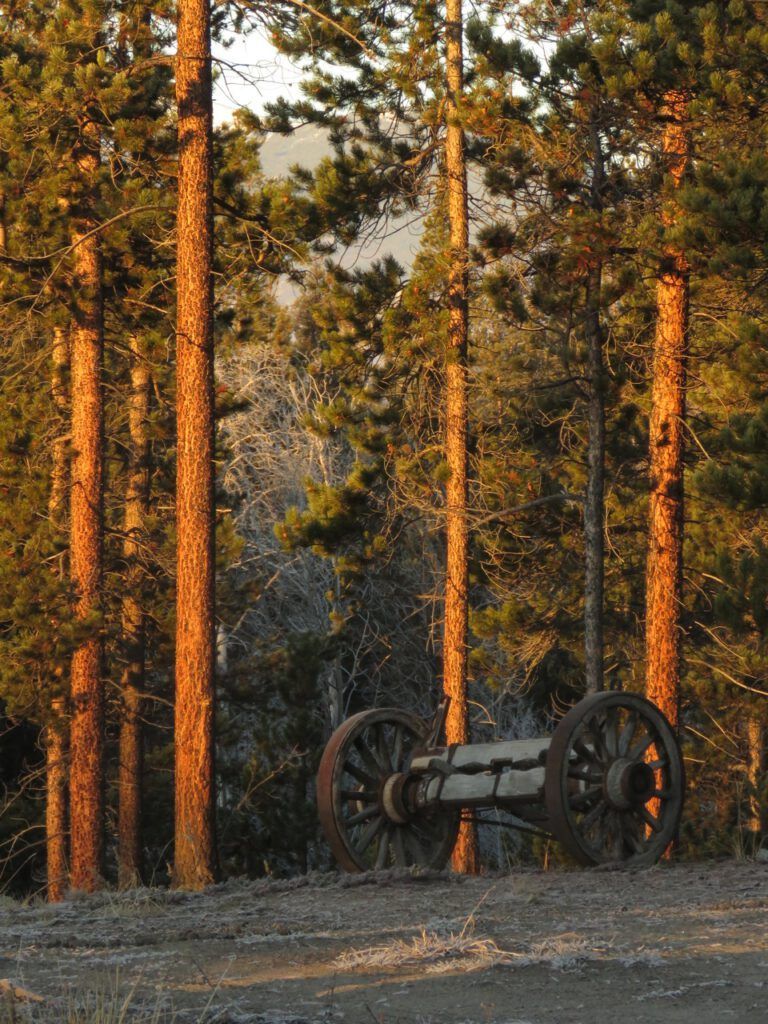 The sun will set to the left of Finger Peak on the shortest day. 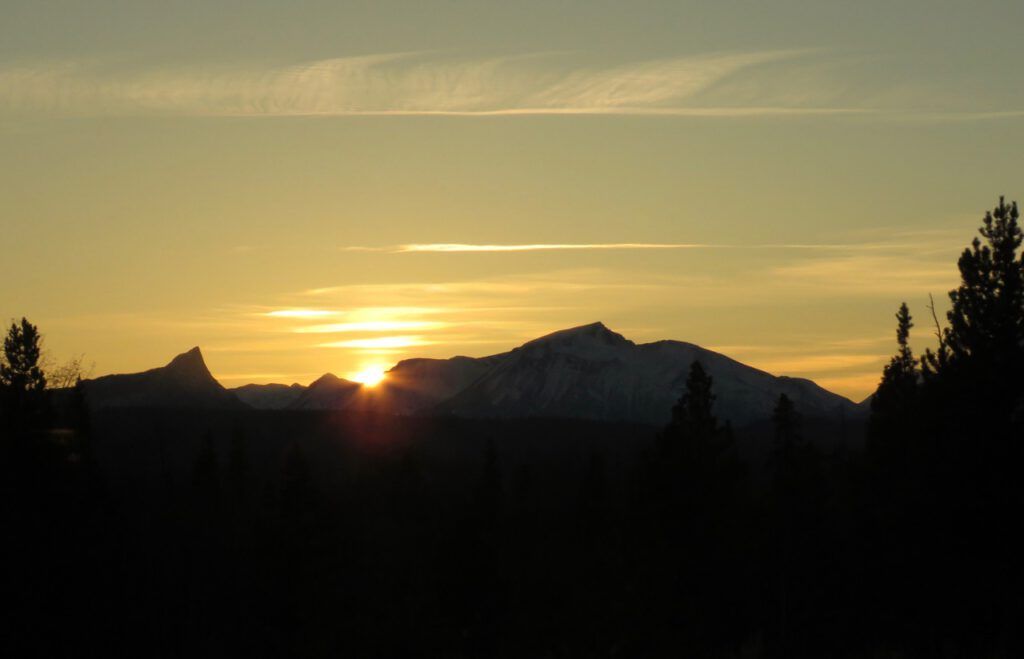 I made a trip to town – I may go in December but competed the bulk of my winter shopping.  It was a long day and most of the journey both ways was in the dark.  Part way home, the sun gave me a dramatic display as it went down. 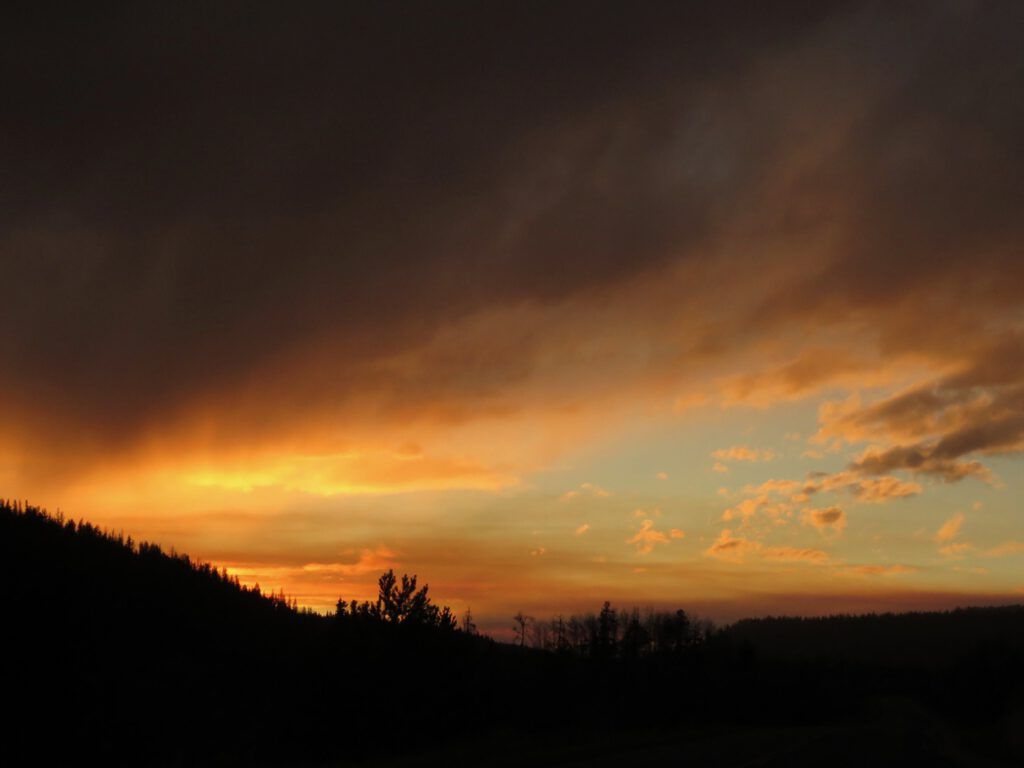 The drama was increased by a long slab of smoke. 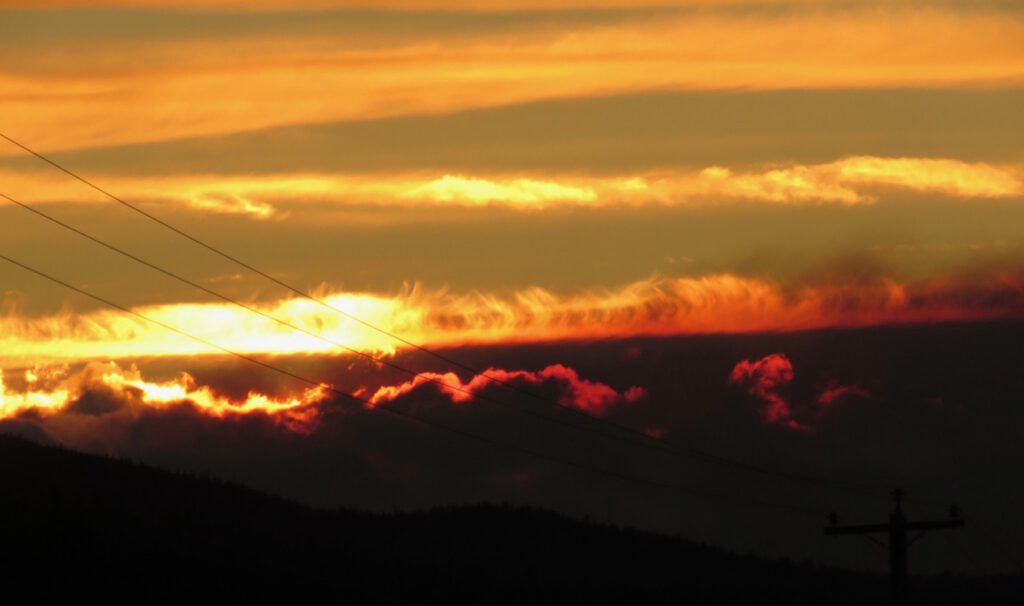 Just east of Tatla Lake, I drove passed the source – obviously a lot of slash burning from logging blocks.  Slash burning is one of the biggest contributors to global warming. 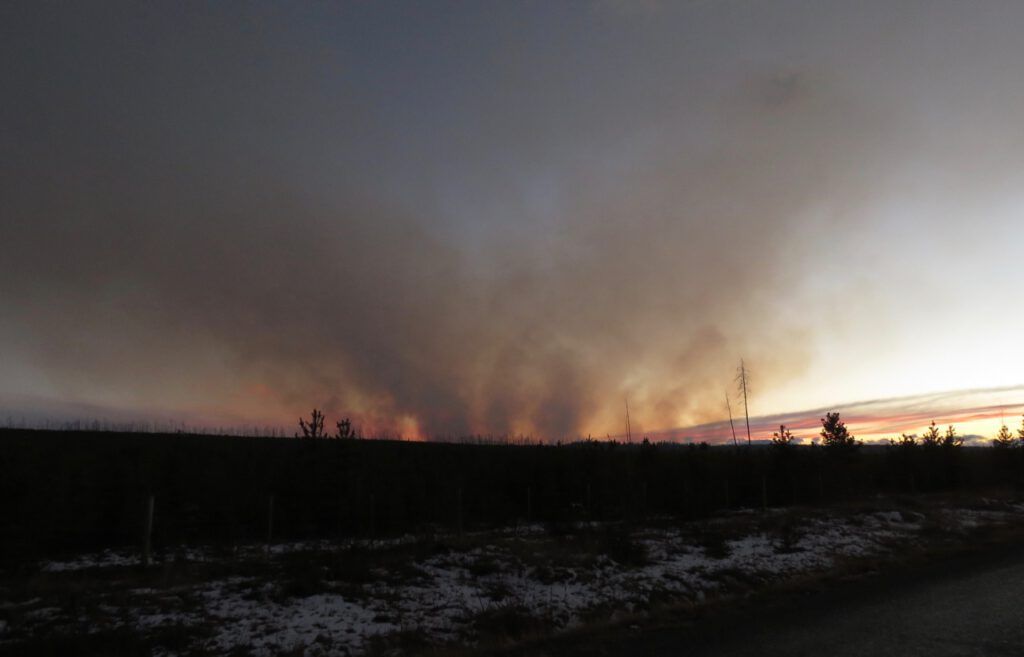 And that was pretty much the end of the sunny November.  Now it is what one would expect – dreary and gloomy, but still mild. I’ve had a couple of days of domestic stuff and computer work.  Tomorrow I will go back to burning again.