The first half of the next batch of volunteers, Fred and Eve from Quebec, was picked up when I took Marien and Anna Marie to Williams Lake. 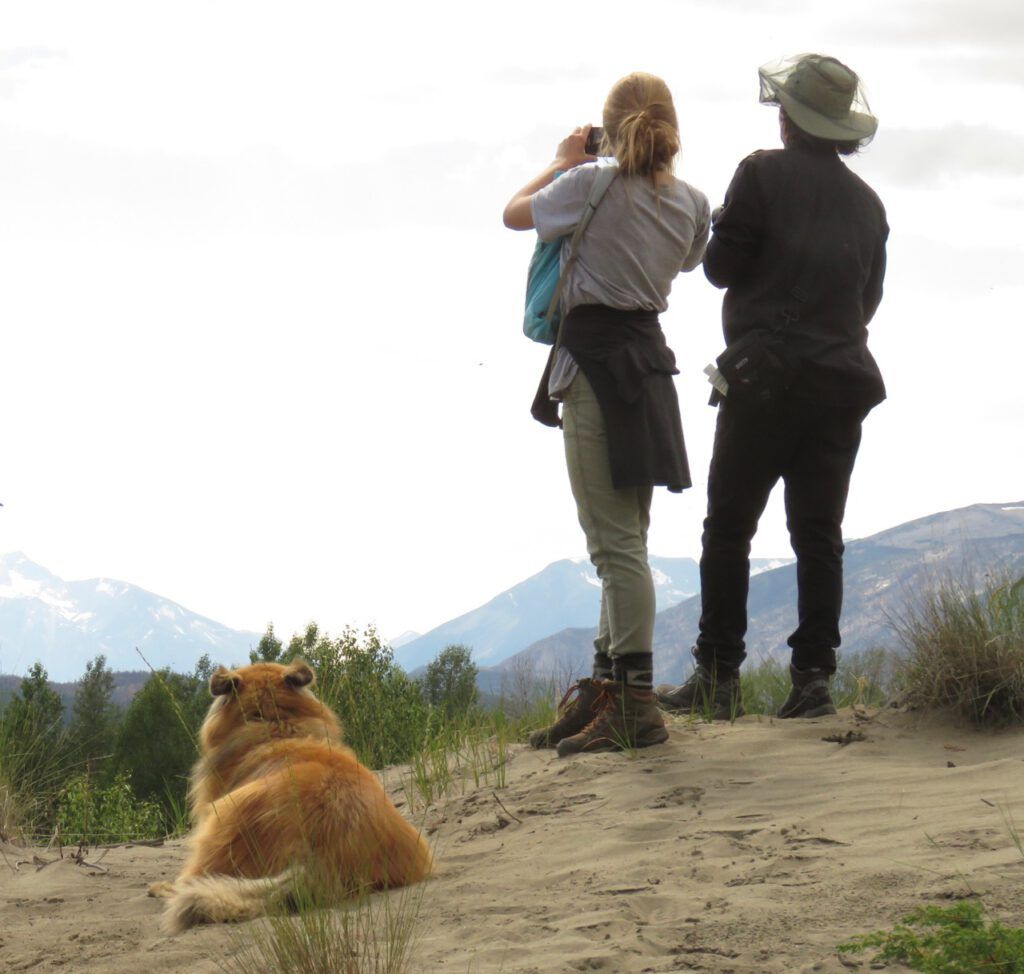 They were forestry students but very young, and although they quoted Latin names of trees at me, they knew nothing at all about life outside the city.  Fred was watering the garden – and tramping on the carrots as he had no idea they were useful plants.  However, both of them learned well and they were incredibly hard workers, so after their month with me they proved to be very useful.  Their first job was to bake bread. 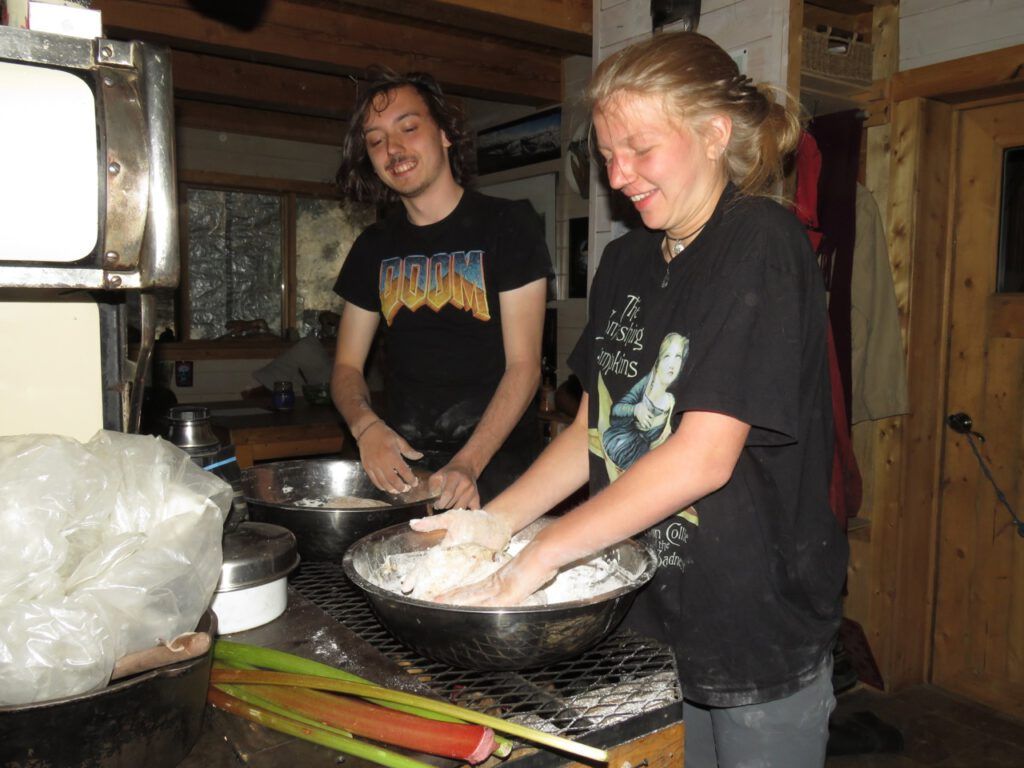 Their second was to pick strawberries.  We drove down to the Precipice for this. 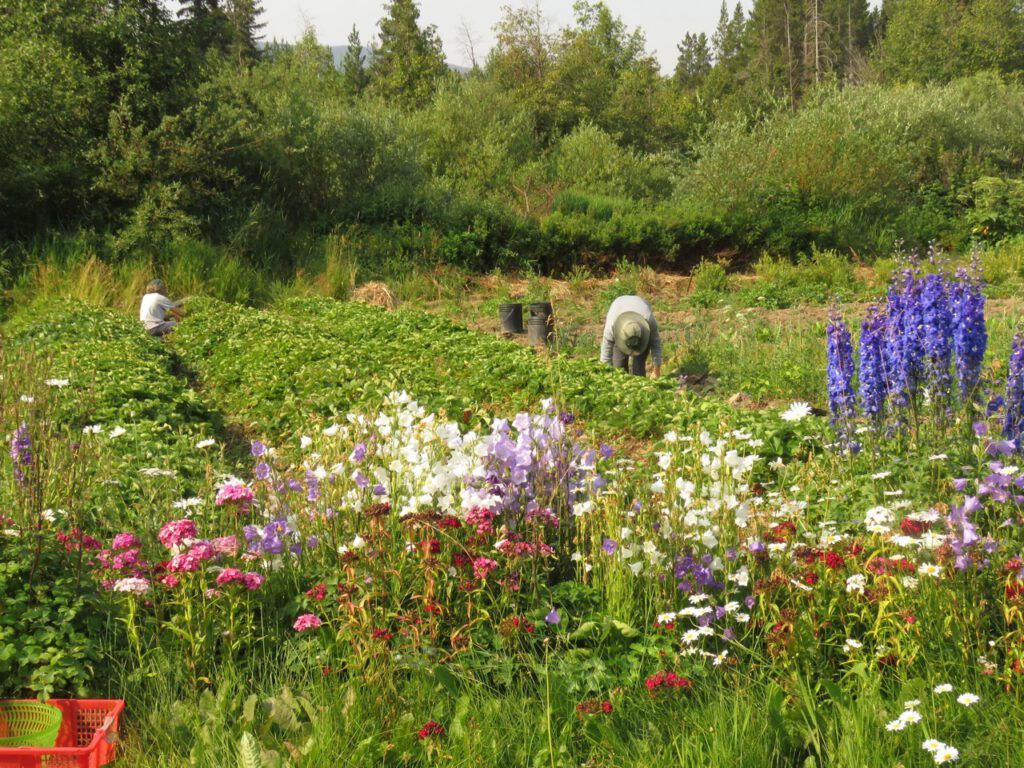 And spent several hours processing the 40 lbs we had gathered. 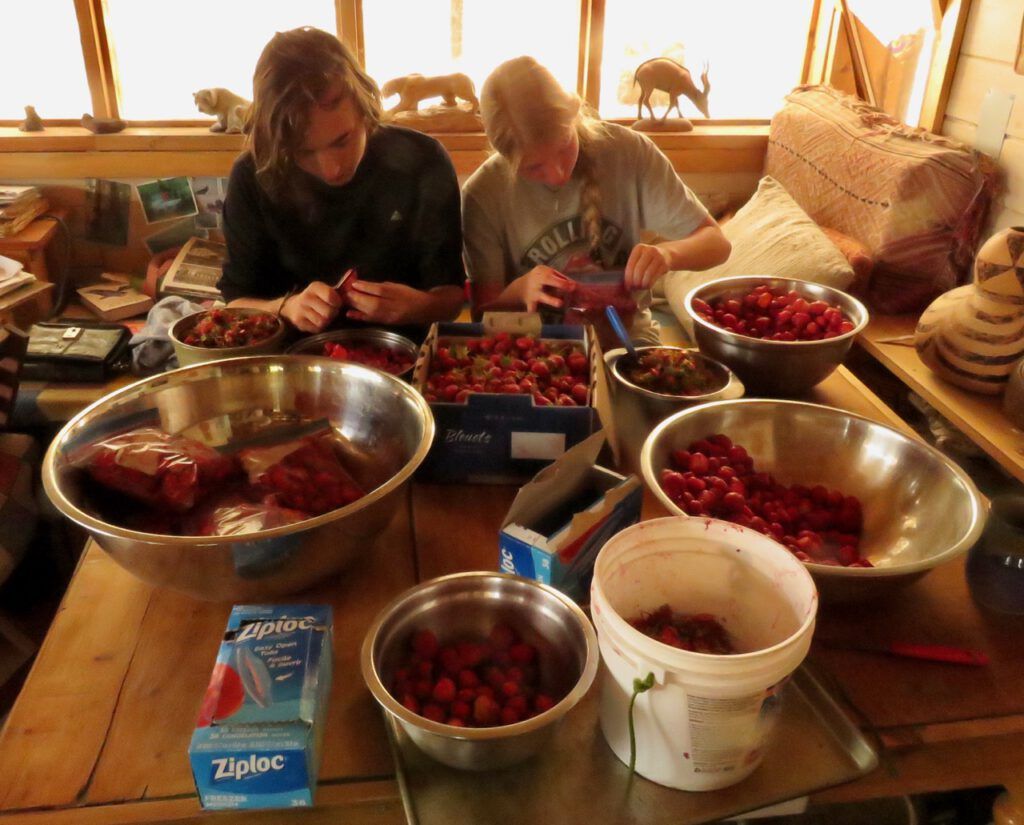 They had not done a chain saw course yet, so I got them started on that. 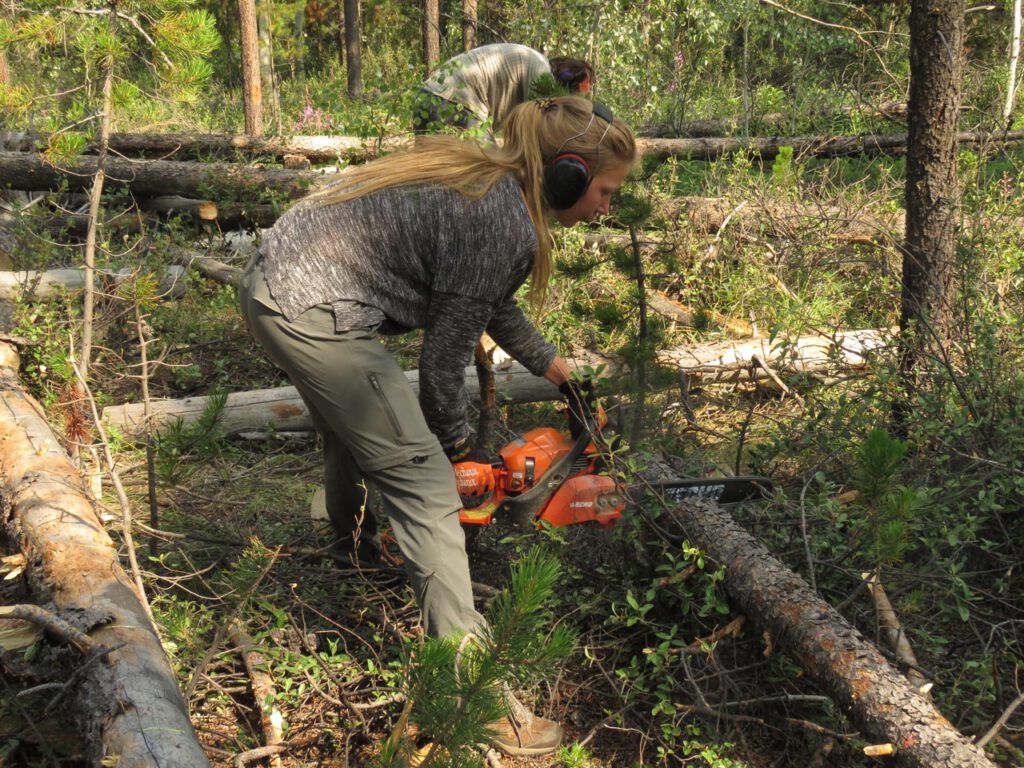 This time they were preparing firewood as well as clearing up brush.  They also did almost all the finishing work on the atv shed roof. 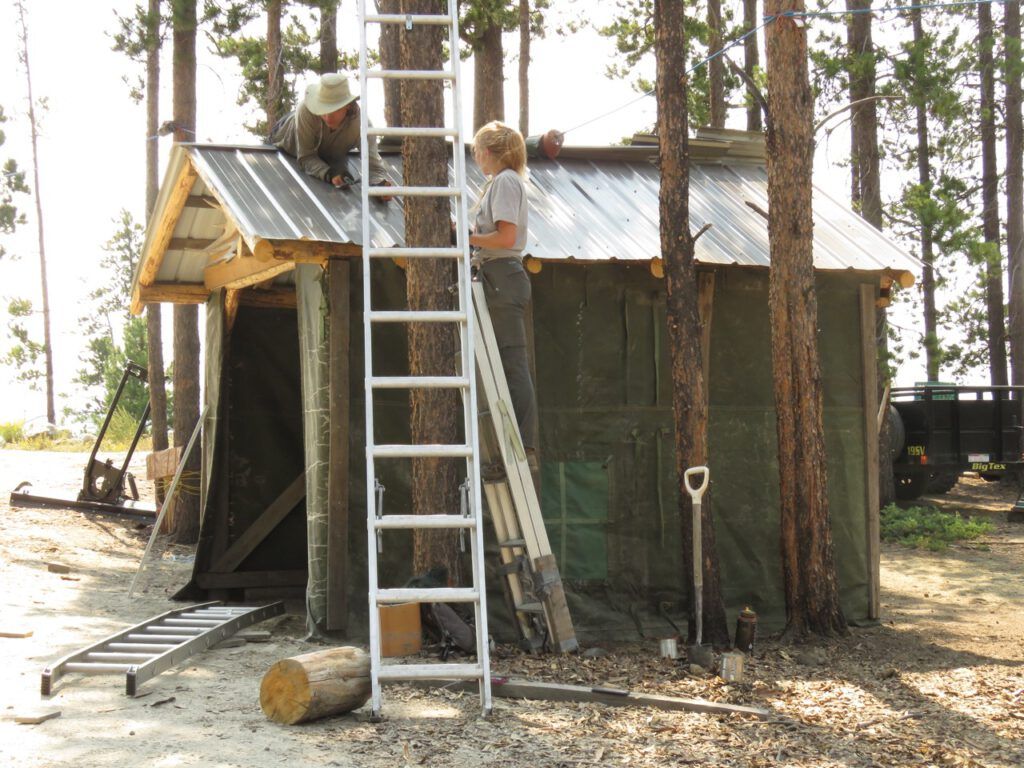 After a couple of weeks I went into town again and picked up Sam and Eve from New York – not quite so young, but right out of the city and very unused to the whole idea of wilderness life.   They were with me for only 2 weeks which, with the time off volunteers receive (they are obliged to work about half the time) is not long enough to learn much but they did their bests. 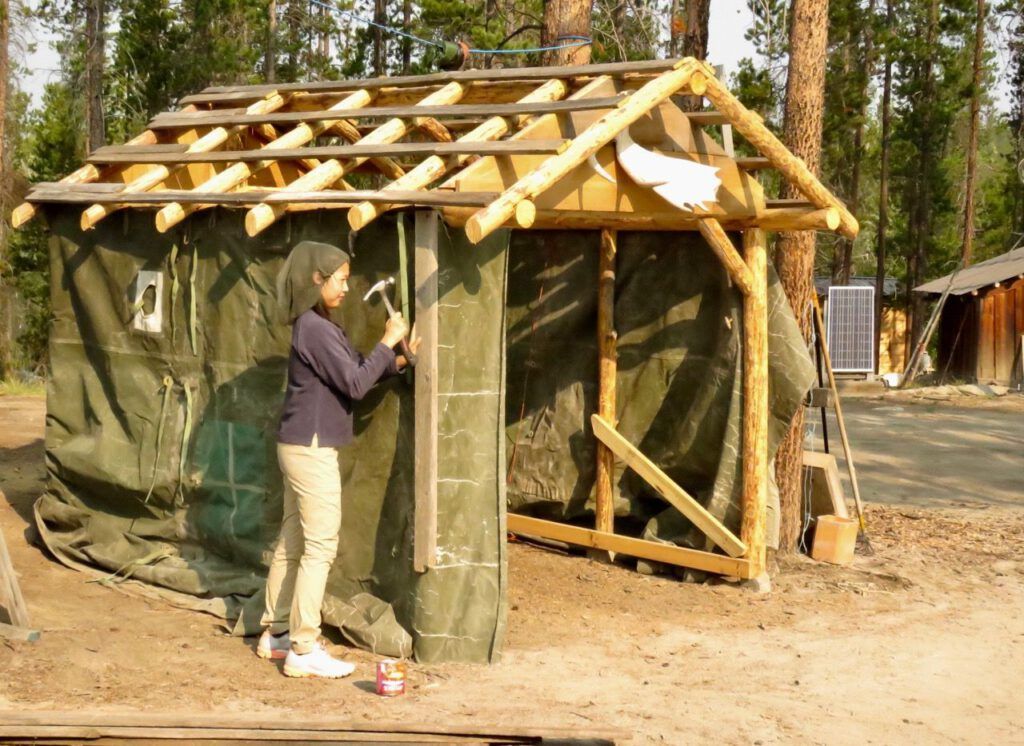 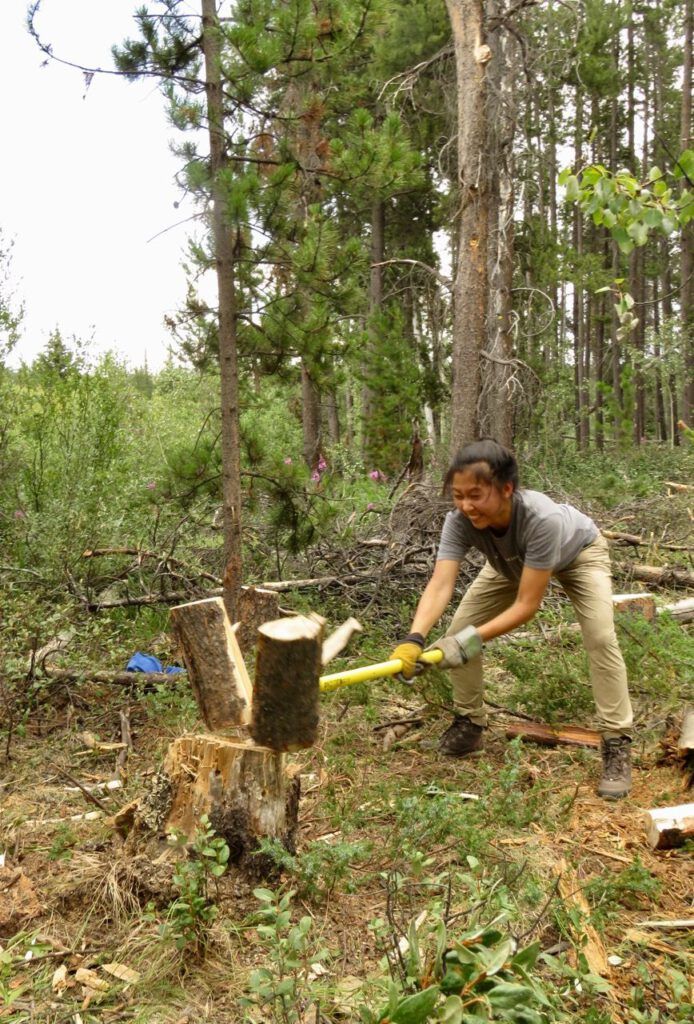 and gradually they stocked the woodshed. 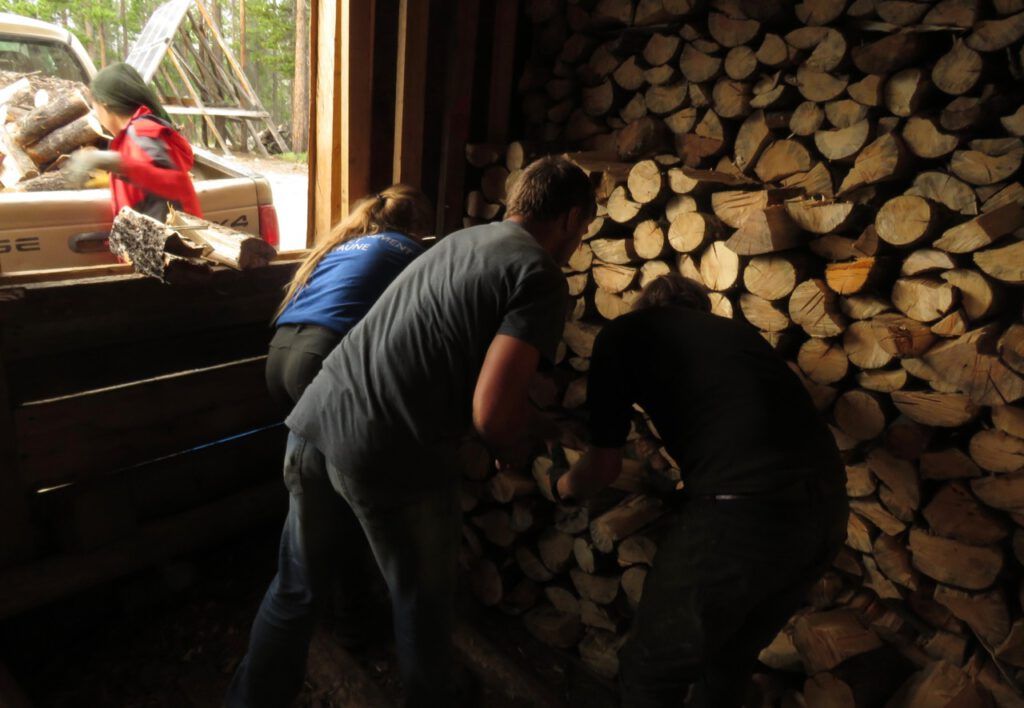 The second night they were here we had an ominous sunset, 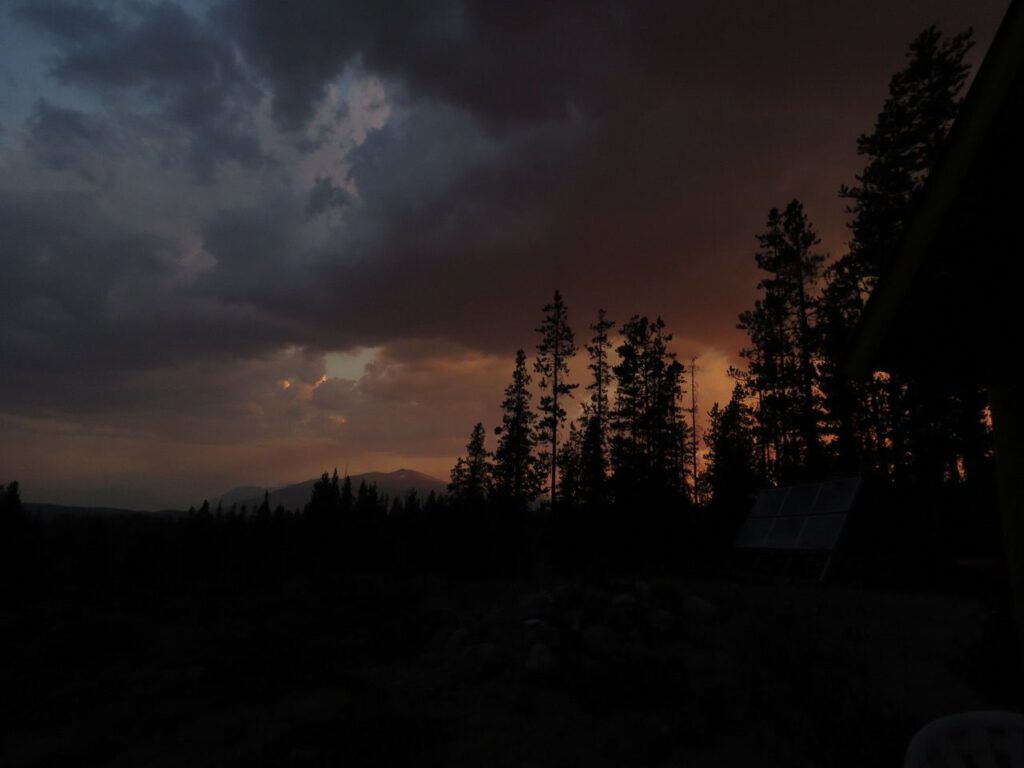 followed by a horrendous lighting storm.  For hours lightning flashed at least once a second, some of the bursts huge white columns banging into the ground as close as 5 kms away (judging by the 1-100, 2-100, 3-100 count.)  I expected the whole world to burst into flames – but incredibly there were no serious fires.  Thunder continued for the next couple of days but although other areas began to show up on the fire maps, our region remained unscathed.  The smoke, however, became a major problem.

I tried to pick the best days for doing interesting things.  One cooler day with a wind change that made things a little clearer, we went down to Bella Coola.  The forestry students in particular were enraptured by the big trees. 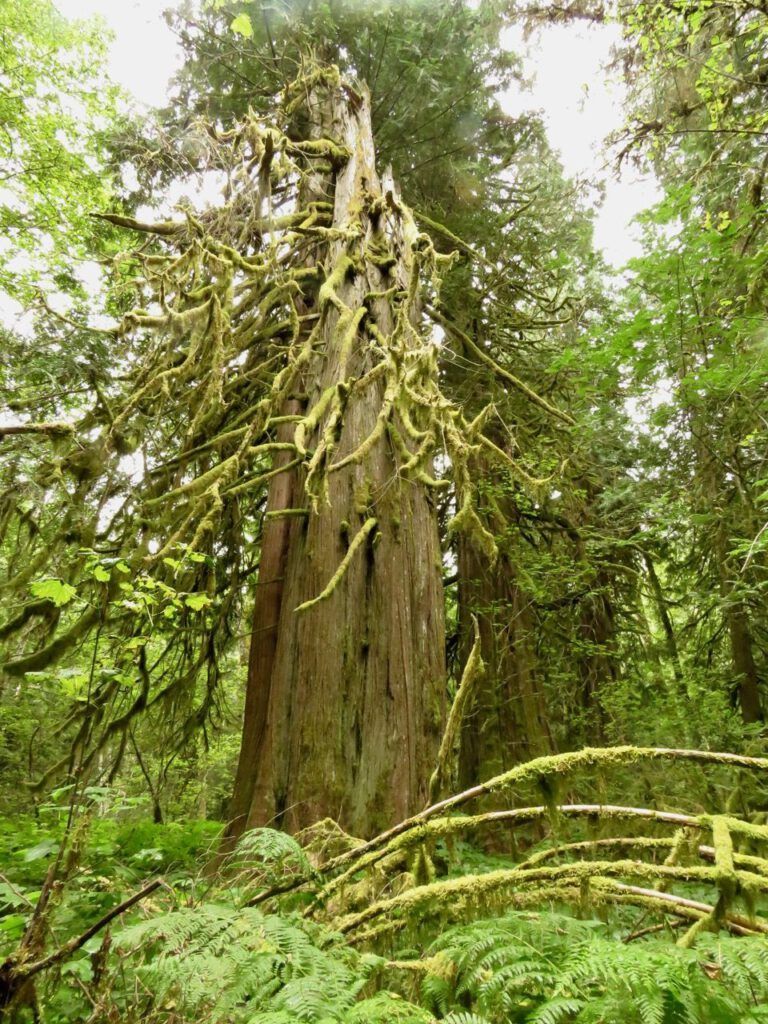 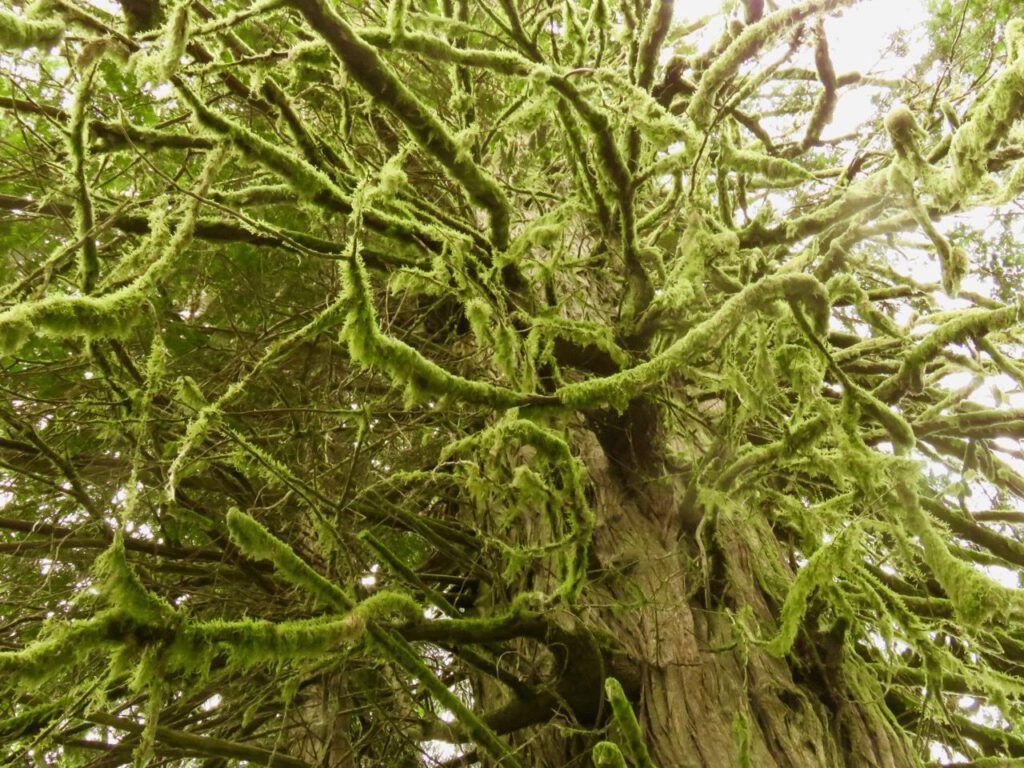 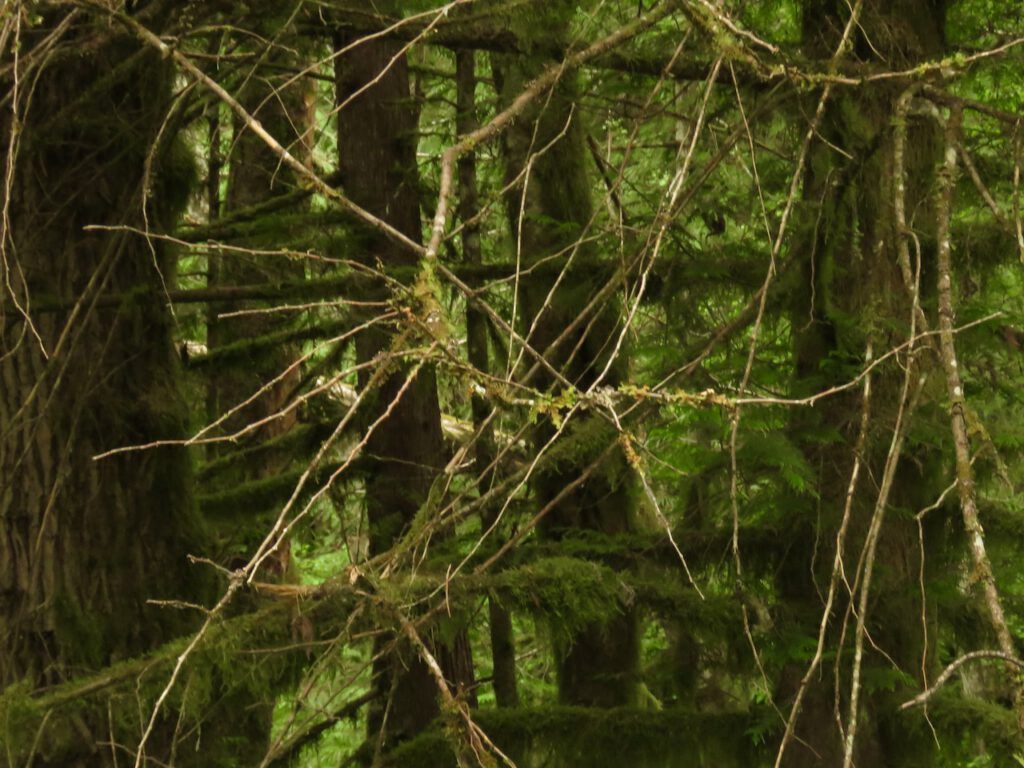 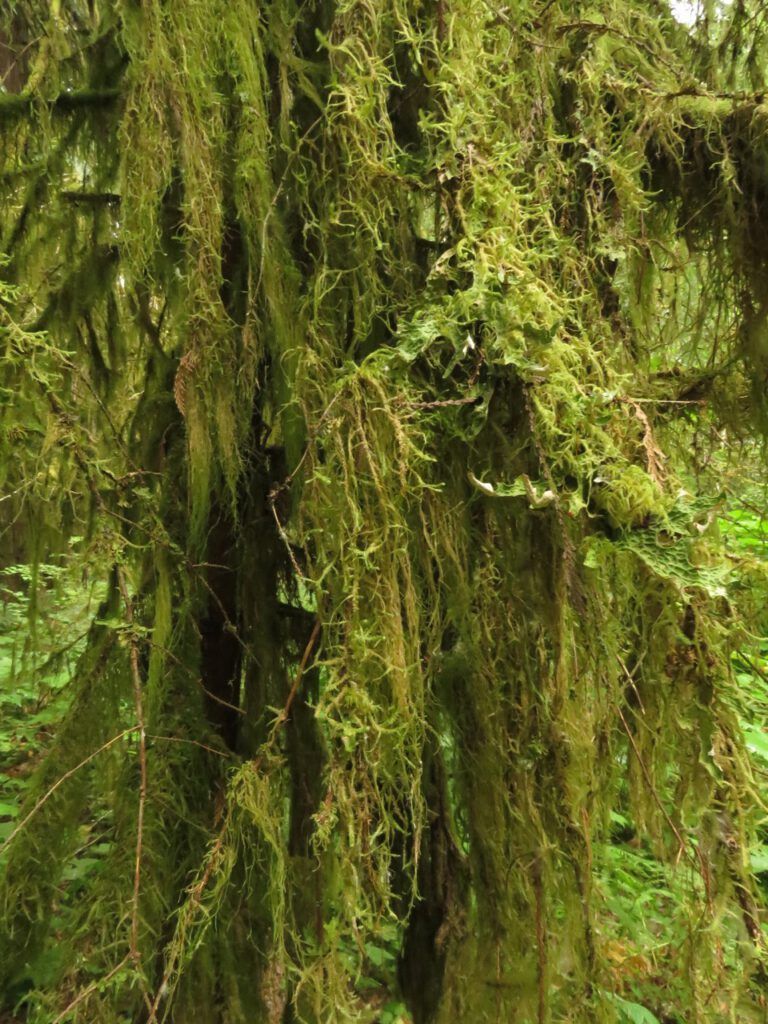 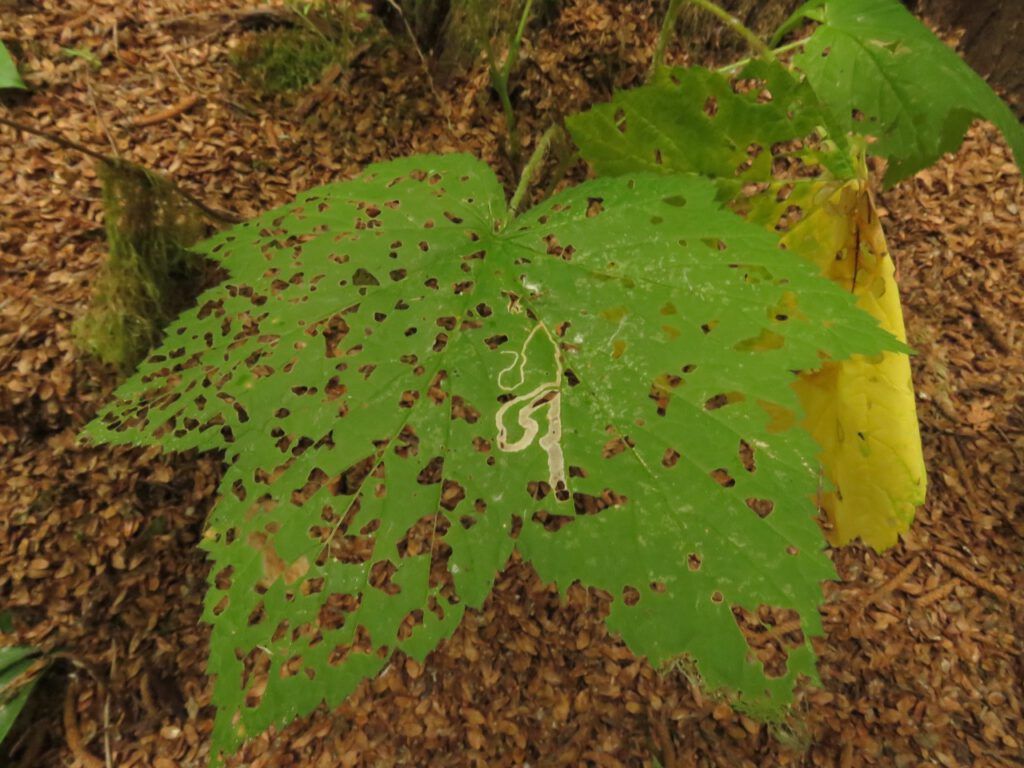 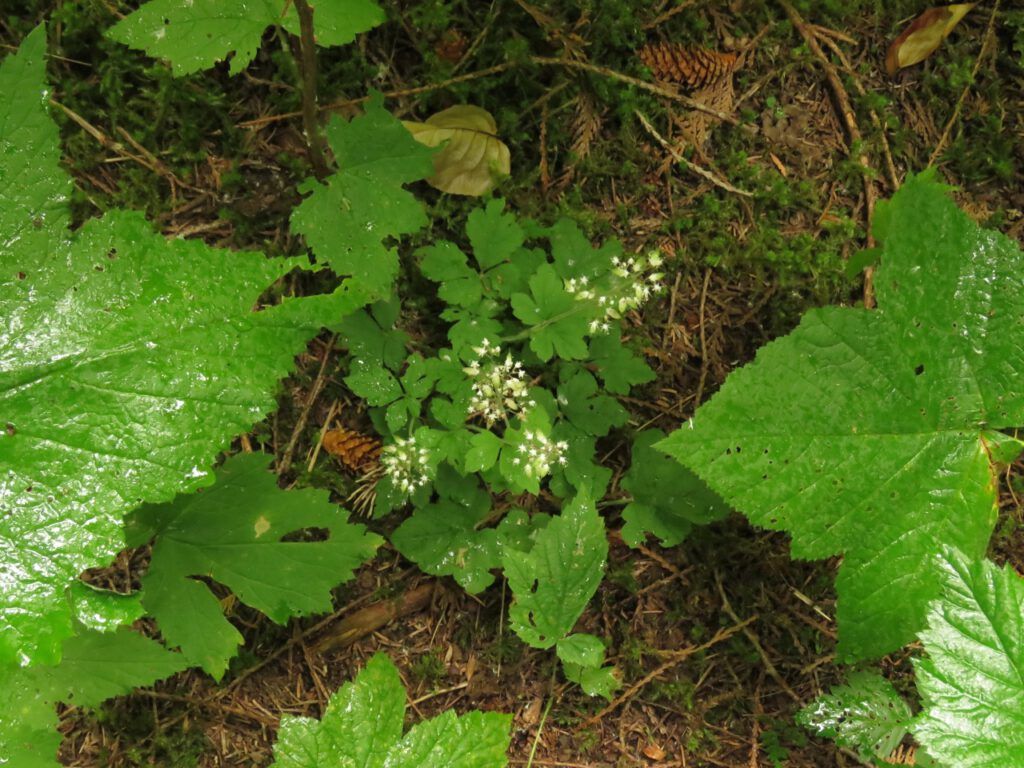 It was about then that my camera battery died – and I found out I had not charged the spare.  So I took no photos of the rest of the trip – the visit to the petroglyphs and the ocean – and our couple of hours’ work picking blueberries from a U-Pick farm.  Last year I collected 40lbs and decided that wasn’t enough. So I planned for 50lbs – then thought as I had 4 extra hungry people to feed, I’d get 60lbs.  We ended up with 97 lbs!!  My freezer was bulging. We had to abandon a trip to Perkin’s Peak – too smoky and risky – but in fact a wind shift gave us one clear afternoon, and we could see the fire clouds boiling up from down the Klinaklini River. 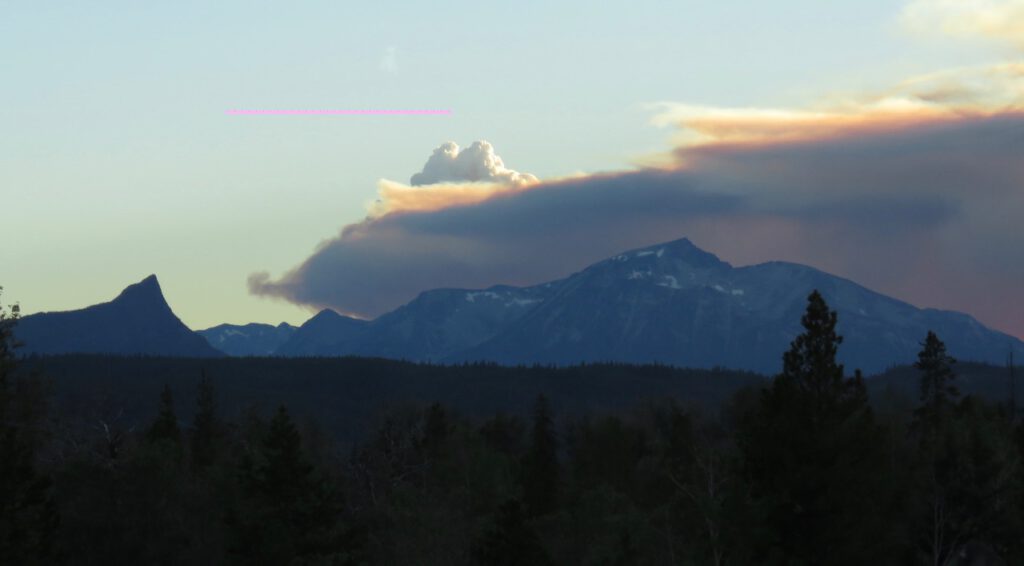 The slab of smoke was to the west of us and the sun set gorily into it. 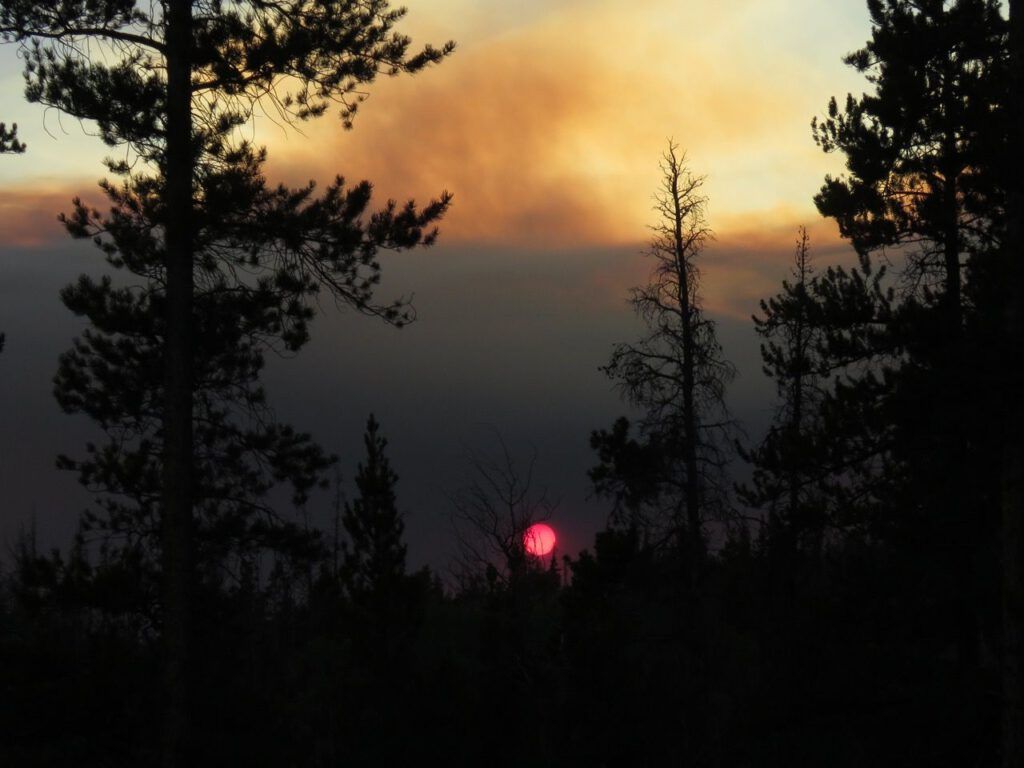 Next day the wind shifted a point of two to its more normal path and we were soon enveloped again. 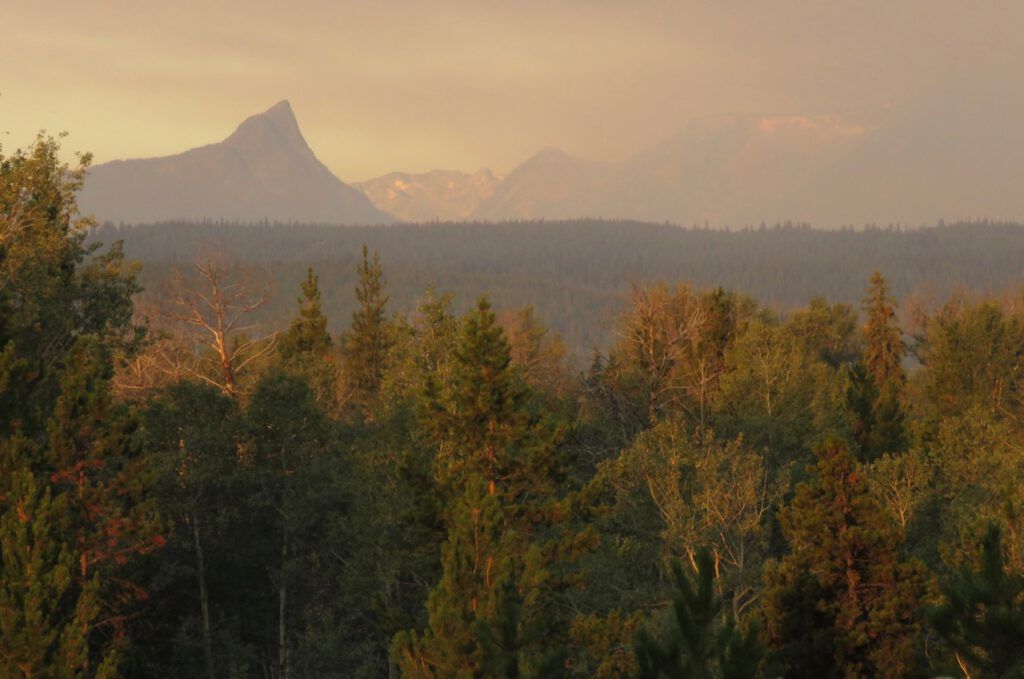 It’s the unrelenting dreariness of it all that gets to me.

One evening I treated us all to a dinner at the Terra Nostra Guest Ranch across the river. It was a treat for me as well – I didn’t have to cook – or do dishes!  It was not cheap – but it was a fantastic meal.  I had no idea they accepted off-road guests and it is something I will do again.  We and the dozens of German tourists sat outside at a long table and admired the smoke. 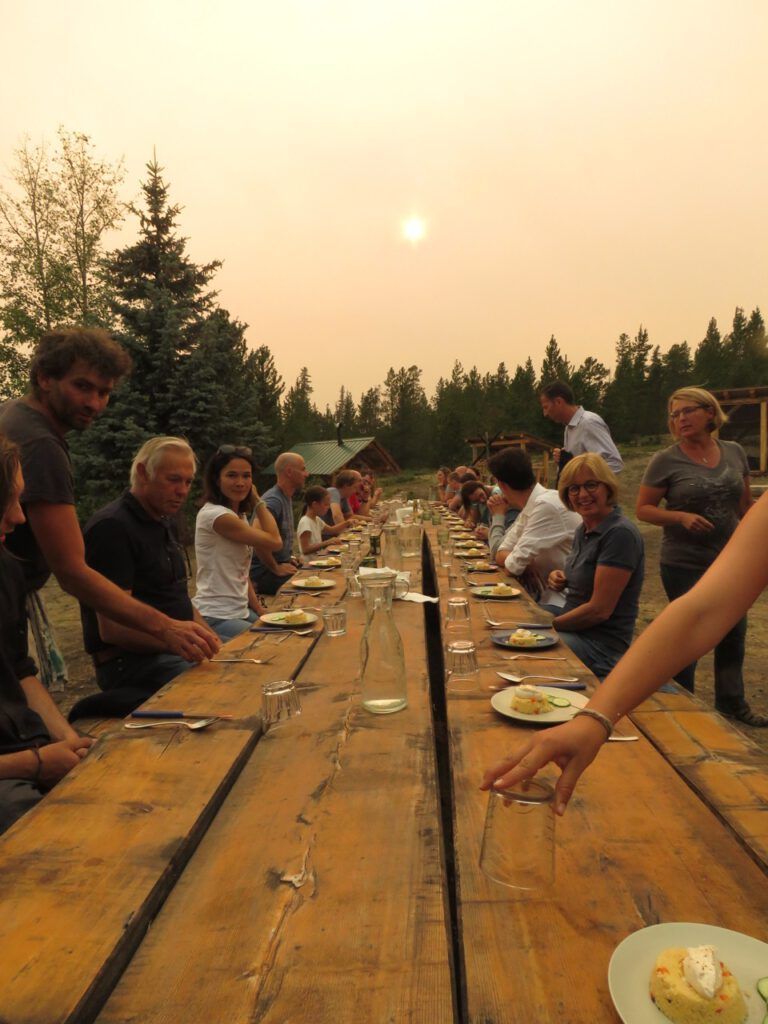 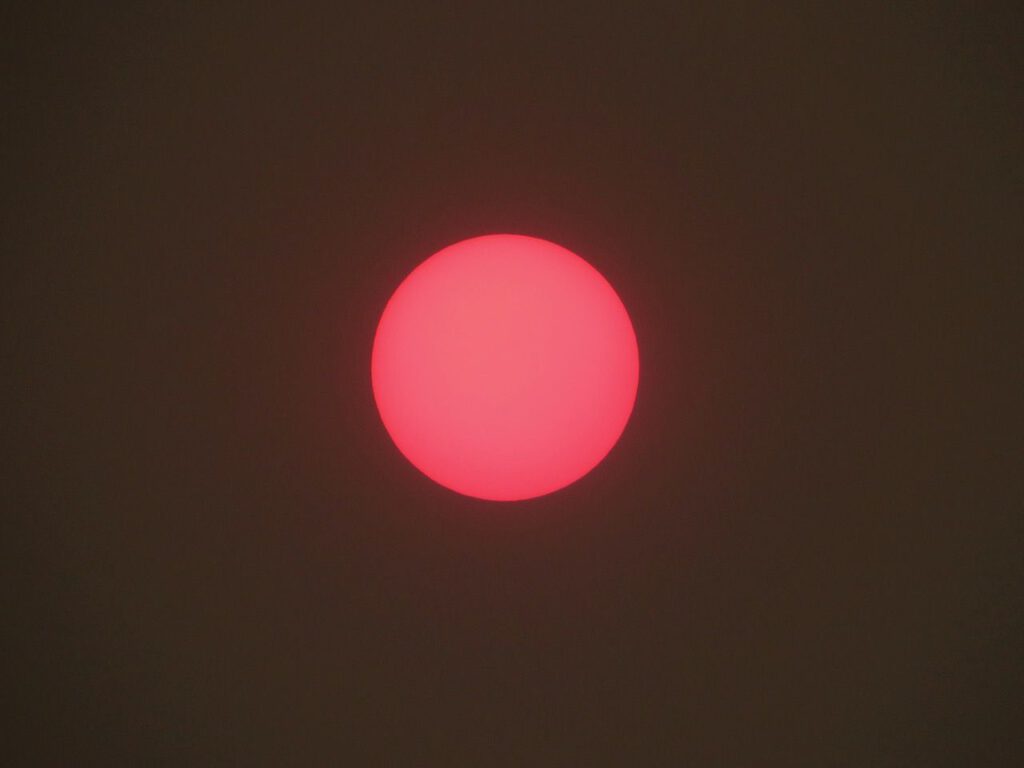 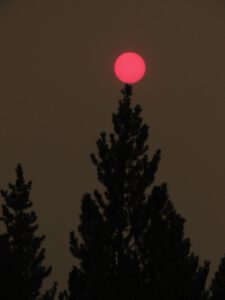 It was obvious that the smoke was quite local as the mountains around Tatla were quite sunny despite the veil of smoke between us. 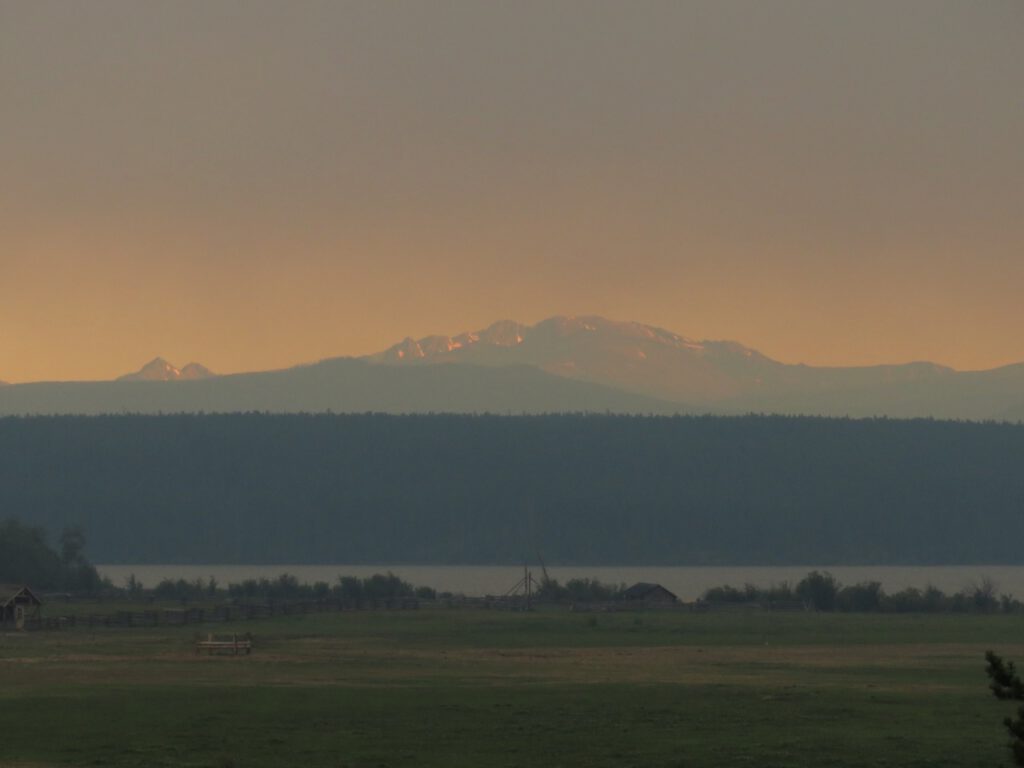