Posted on December 31, 2017 by wilderness dweller 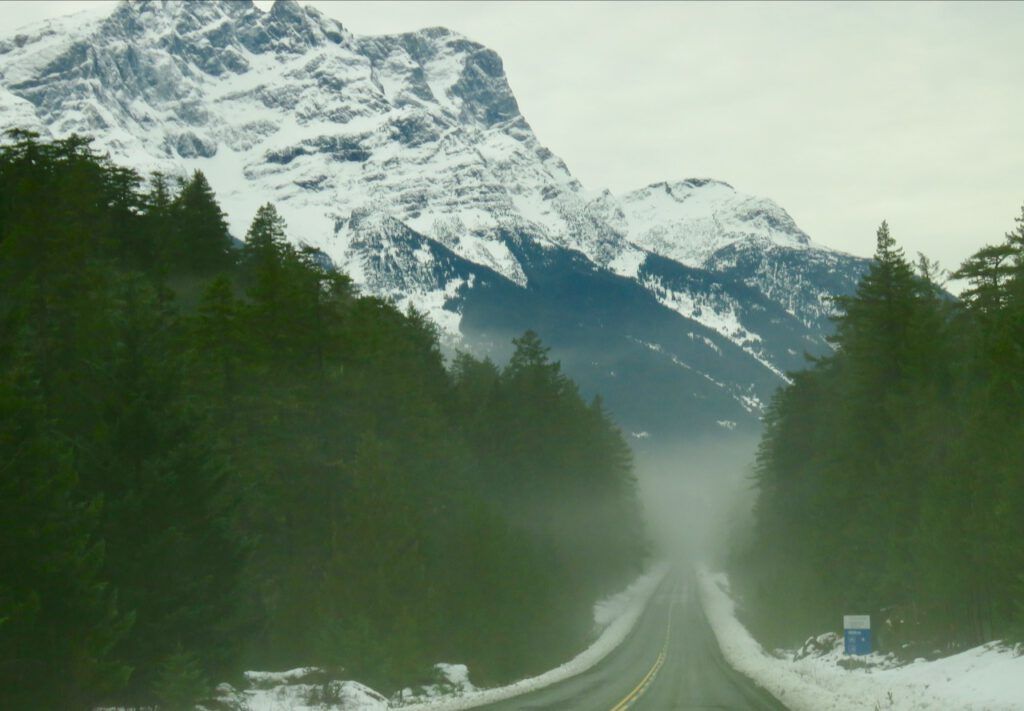 I had been invited to my friend’s place in the upper Bella Coola Valley for a Solstice celebration, but I did not want to leave my house overnight if it was too cold, nor did I want to risk getting stuck down there because of heavy snow.  So we picked a likely couple of days and I went down there a few days before the Solstice proper.

It was foggy on the Chilcotin.

but about half way to the top of the famous Bella Coola Hill I drove out of the fog.  Green River is usually open throughout the winter and I stopped to take a photo.  And along came a little red fox. 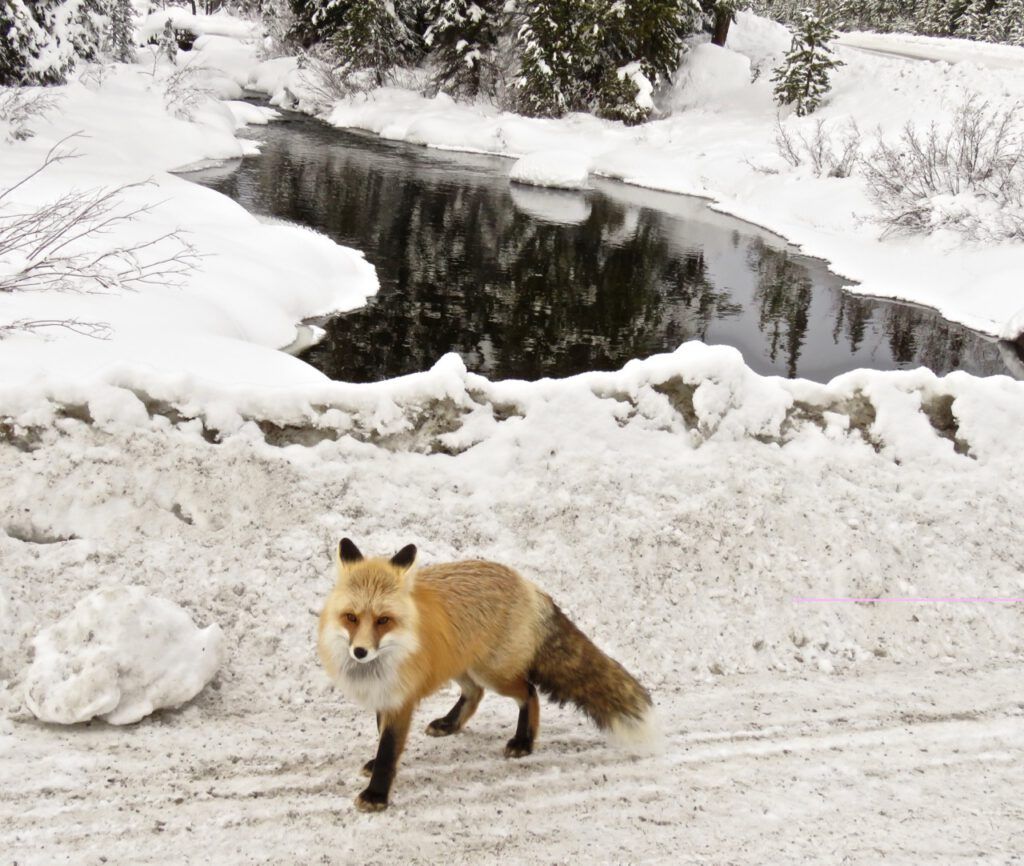 Then along came a little black fox! 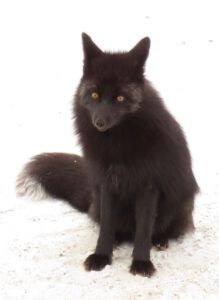 He looks really weird with his amber eyes.  I remember seeing him last May.    The two of them have obviously been fed by motorists. 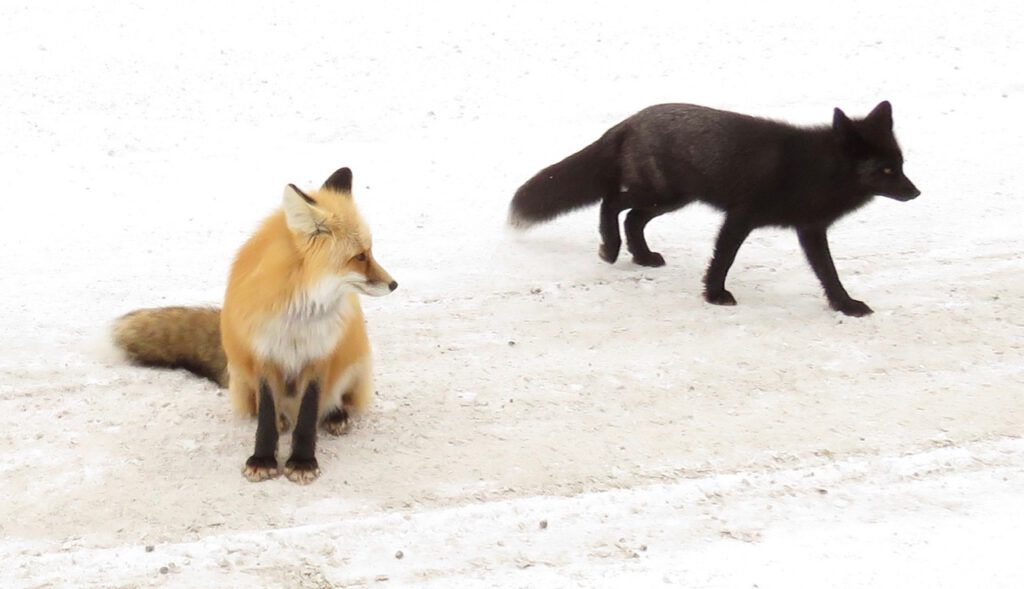 I threw them a pancake but had no meat and they turned their noses up at it.  Look at the very cute “snowshoe” feet of the red fox.

A little further along the road there are a number of burned areas.  The snow defines them in an interesting way (as long as you don’t live in the middle of them.) 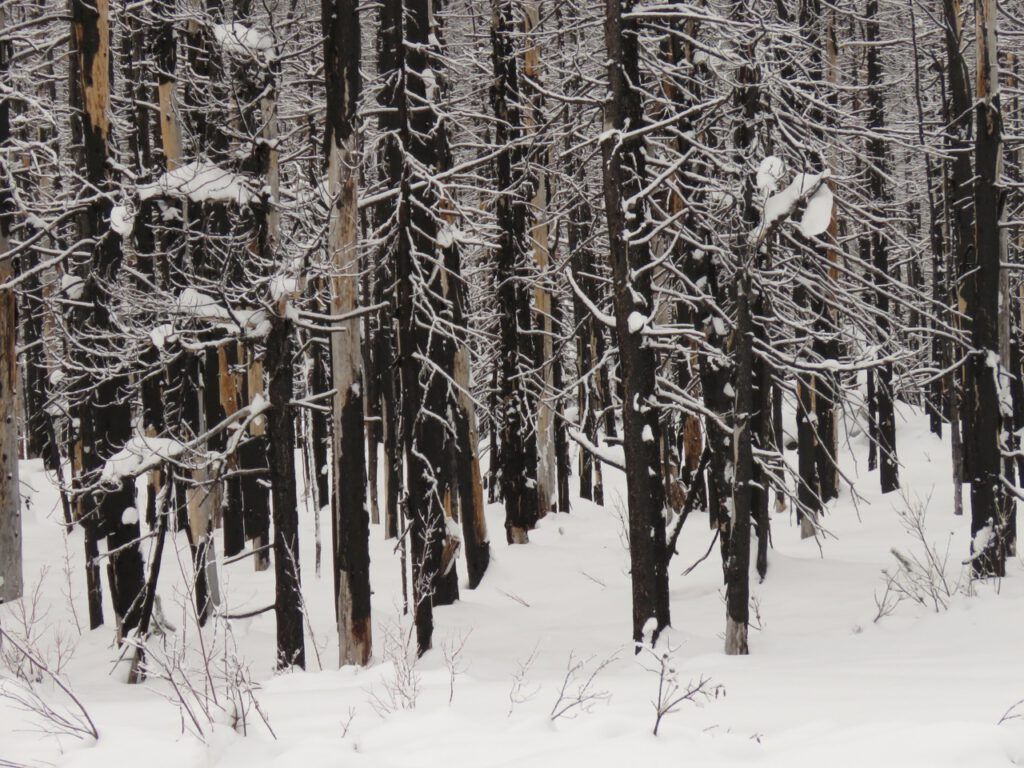 And so down the Bella Coola Hill. 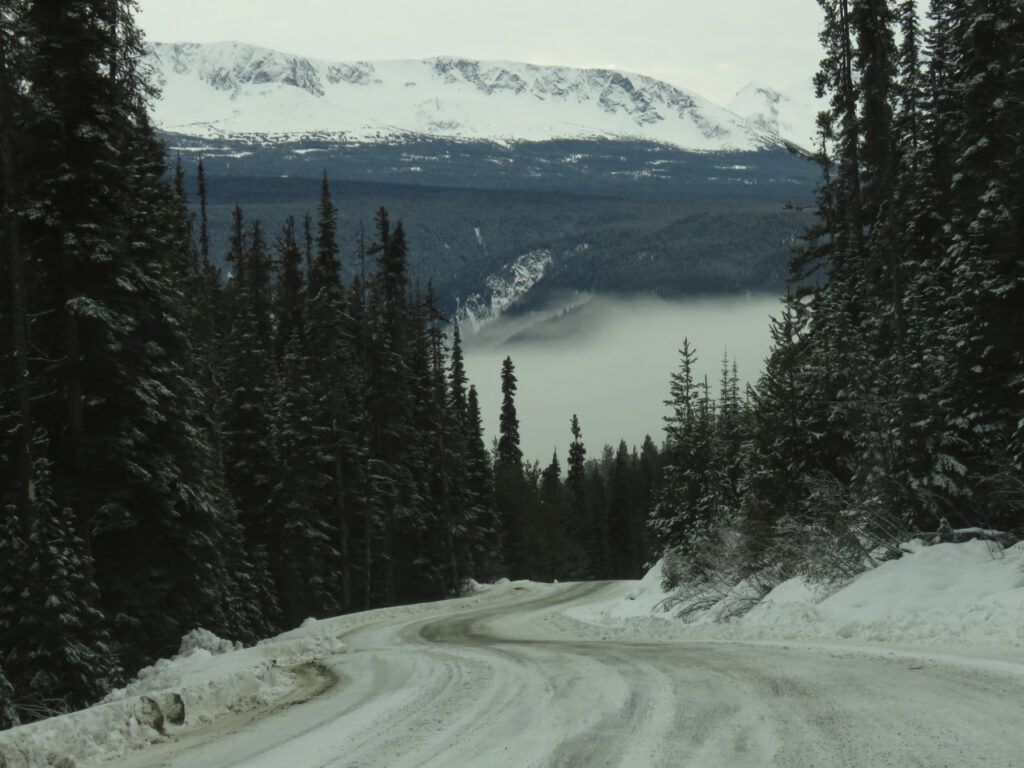 Gloomy but mild at the bottom.  A degree or two above freezing in fact.  Like everyone else, my friends have become more fire conscious and are slowly burning fallen branches.  Made a nice place to enjoy pre-dinner snacks. 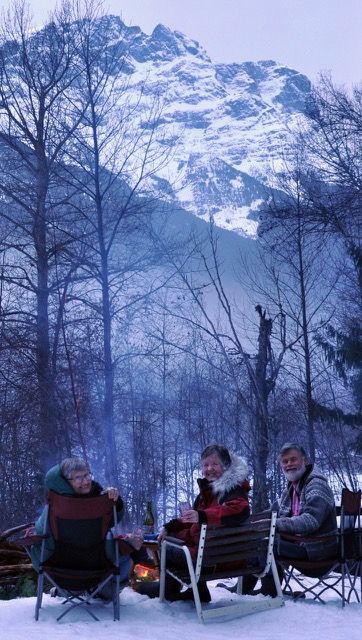 I considered myself to be lucky to see the mountains at all down there, but the following morning was extraordinary. 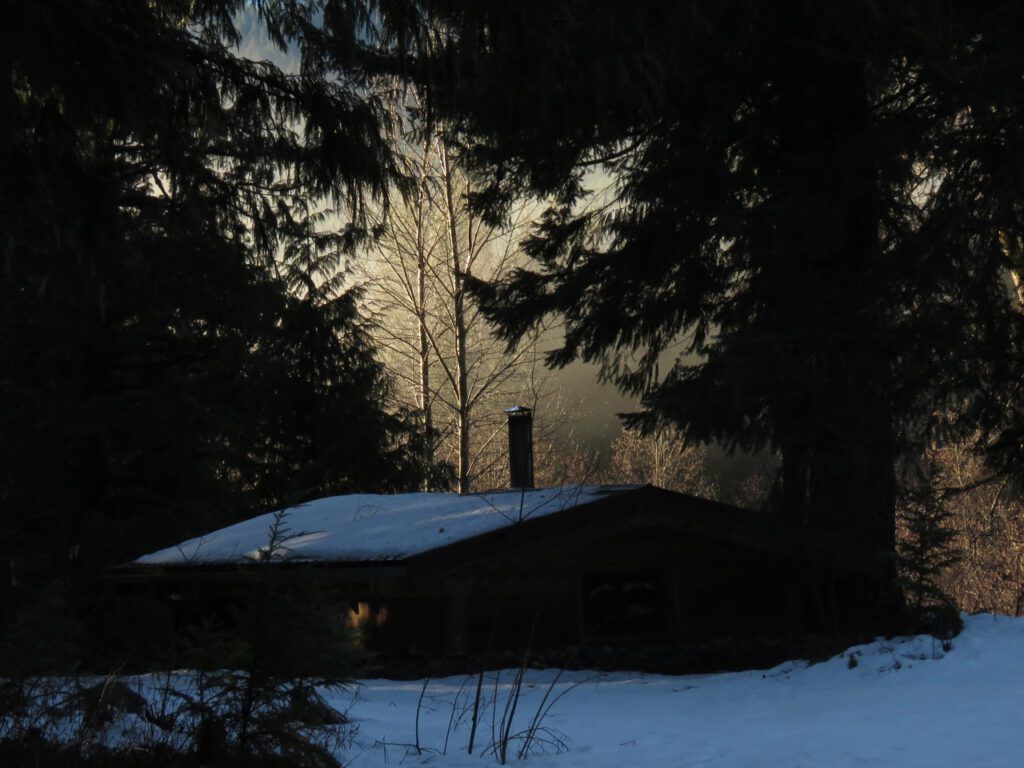 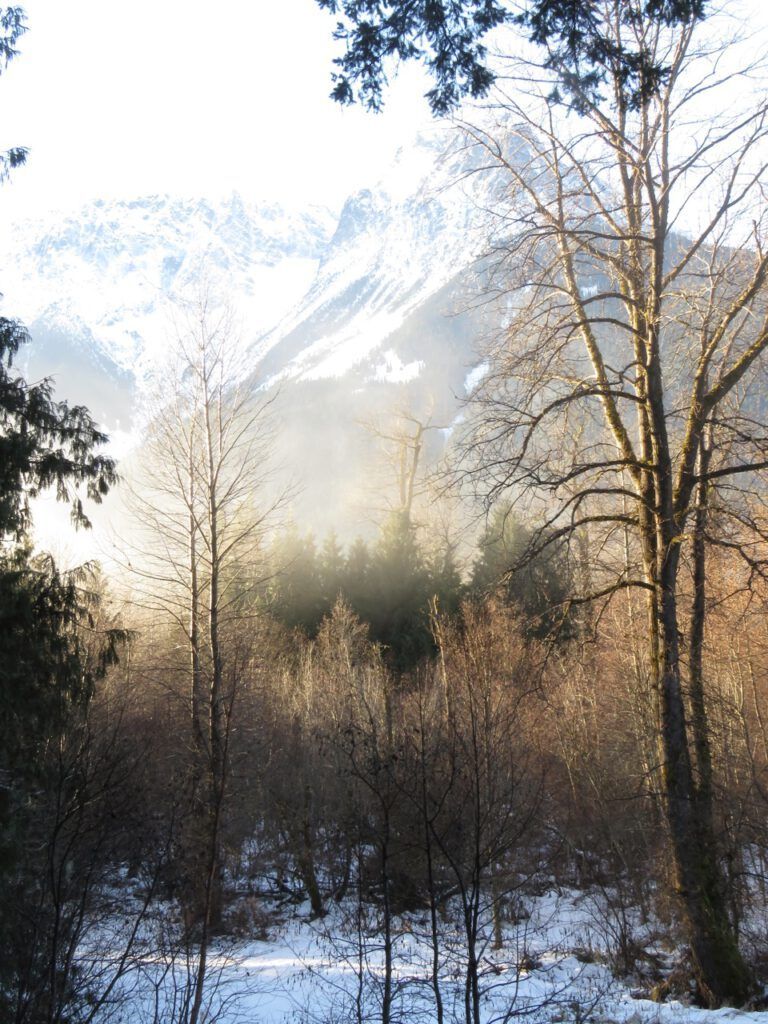 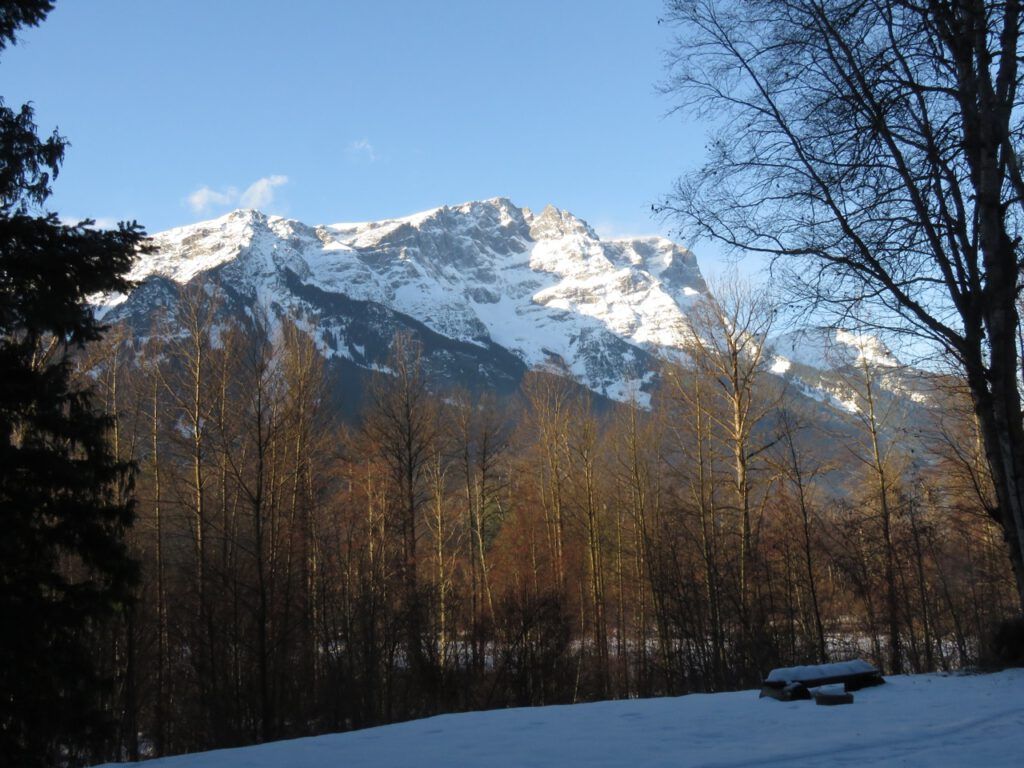 I could not have picked a better time: apparently it was raining by the afternoon.

The sun on the mountains was gorgeous, but it had not penetrated to the yard when I left, and the highway was quite shady.  At the bottom of the Bella Coola Hill, however, I knew I would soon drive into glorious sunshine. 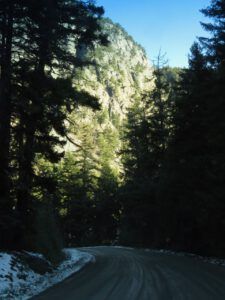 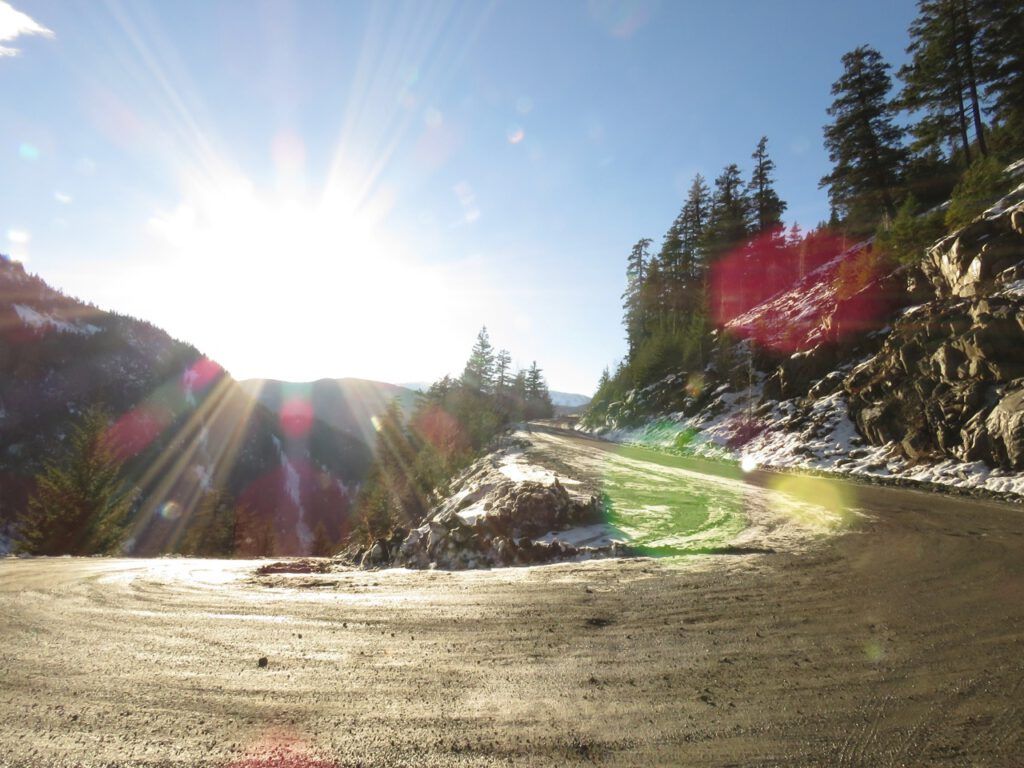 At the top, one of the volcanic ranges north of Highway 20, the Ilgachuz, pokes above a forest of burned trees. 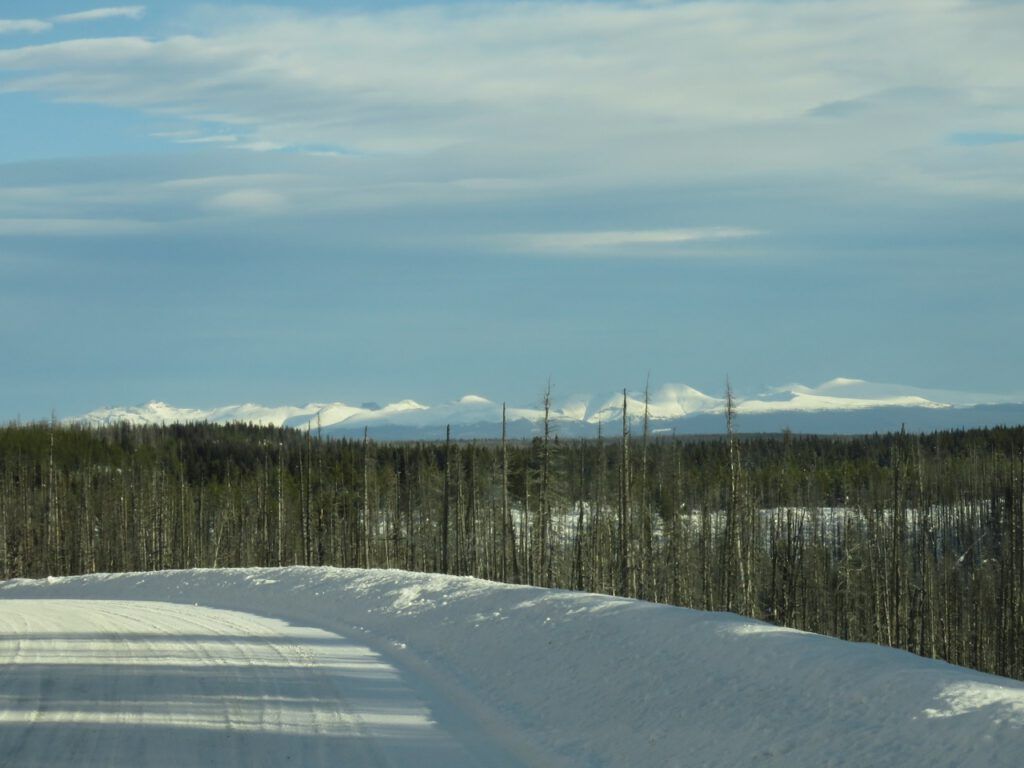 Closer to home, the cloud had increased. 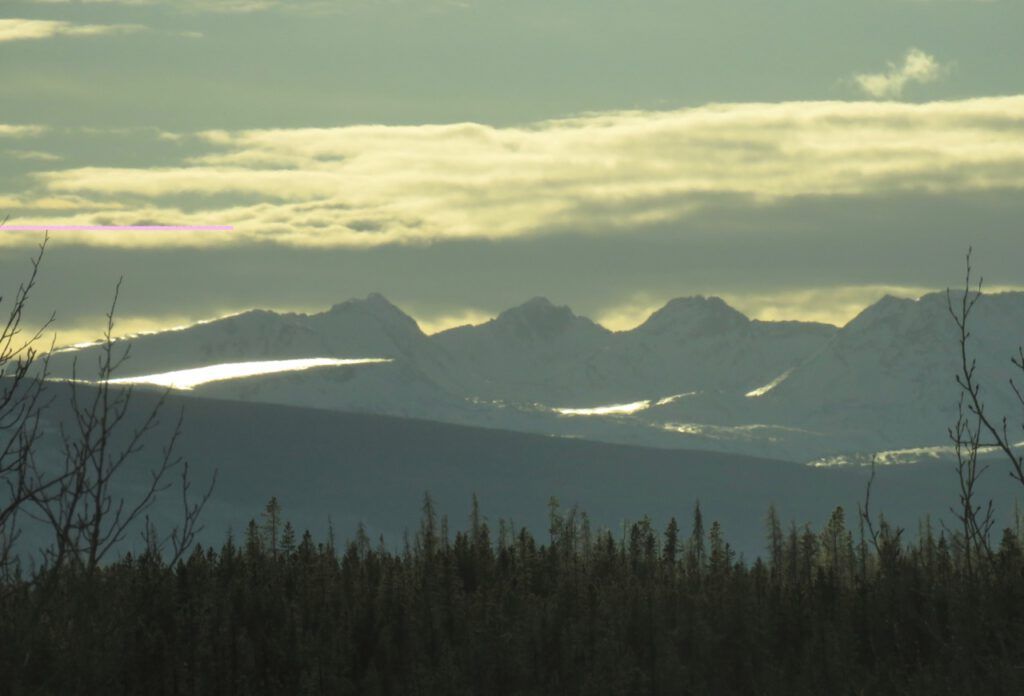 I slowed down at Green River, hoping to see the foxes again, but to my  surprise, four long-lensed photographers were grouped about the road.  The fox was hovering, but I didn’t want to interfere with their shoot so I kept going.  Some wildlife photographers have recently taken over a resort east of Tatla Lake, and I emailed them to see if they had heard of the foxes.  David Hemmings wrote back that it was they who had been doing the photography that day!  What a difference a professional quality camera – and a lot of patience – makes! 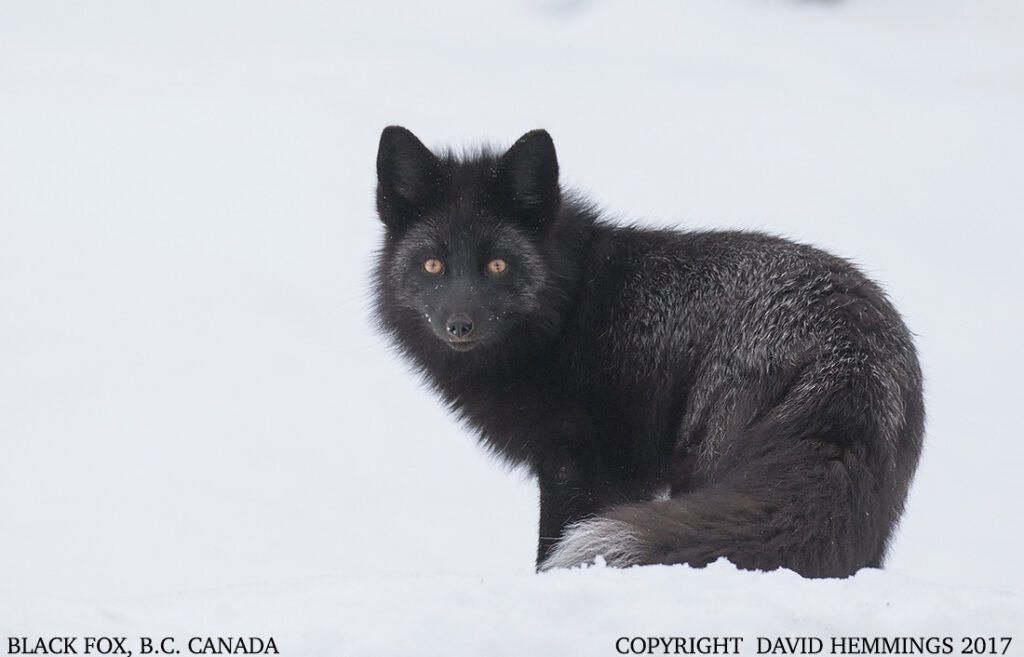 David and his wife run photography tours at the Eagle Bear Lodge on Eagle Lake.  Wild Wolves Workshops at hemmingsphototours.com.  It’s a gorgeous place – well worth looking at their website.

I have lived for more than 30 years as a Wilderness Dweller. Most of that time was in cabins I built myself far from the nearest road, high in the mountains of British Columbia, Canada. My "retirement" home is accessible by a bush road but still far from neighbours. I live off the grid, and operate this blog by solar-powered satellite internet.
View all posts by wilderness dweller →
This entry was posted in Bella Coola and tagged Bella Coola Hill, Highway 20, Ilgachuz, Tatla lake. Bookmark the permalink.