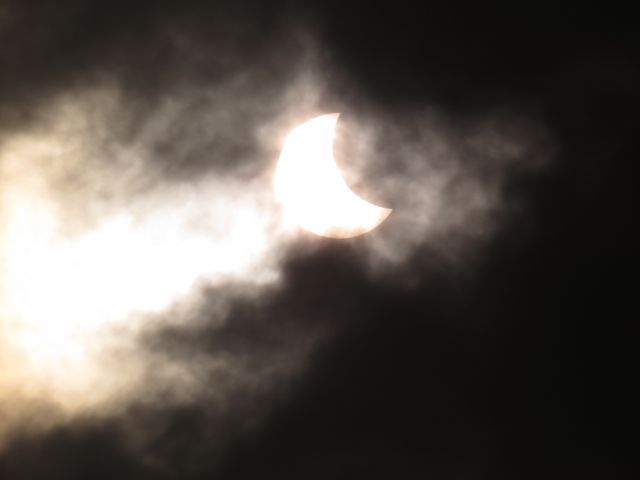 Even with a high cloud overcast, and a film of smoke, the eclipse was too bright to photograph most of the time, except when an extra layer of cloud partially obscured the sun as in the photo above.  The eclipse is about half way through at this stage.

I tried everything I could think of for a filter – a garbage bag gave an approximate result but it wouldn’t focus properly so all I got was this.  (The eclipse was for 80% in our area.) 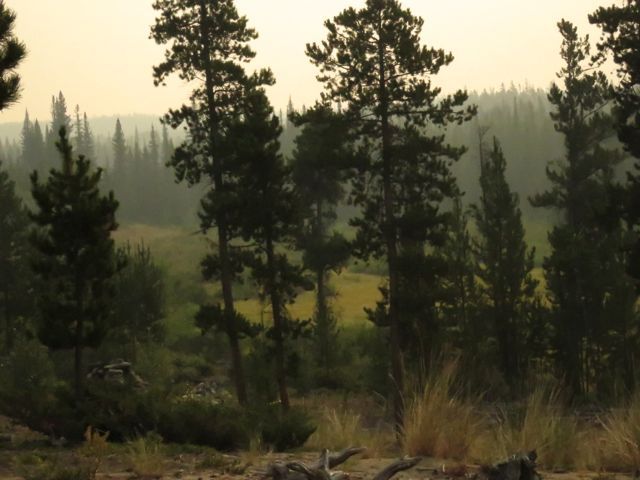 I had been waiting for an opportunity to dry kale.  Normally I would have done a batch earlier, but because it needs to be blanched, it is a process that takes 2 – 3 days and I could never be sure that I was going to stay at home that long.  With the little dribble of rain the night before I figured I had a chance of not having to gallop off at the drop of a hat so I went ahead and picked and blanched a batch, then lay it out on racks to dry. 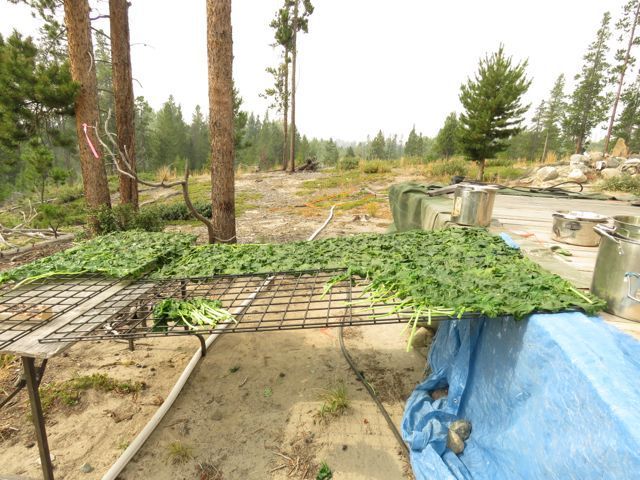 I also hung another load of laundry up to smoke. (Hope the fire crew don’t want to test the sprinklers…..) 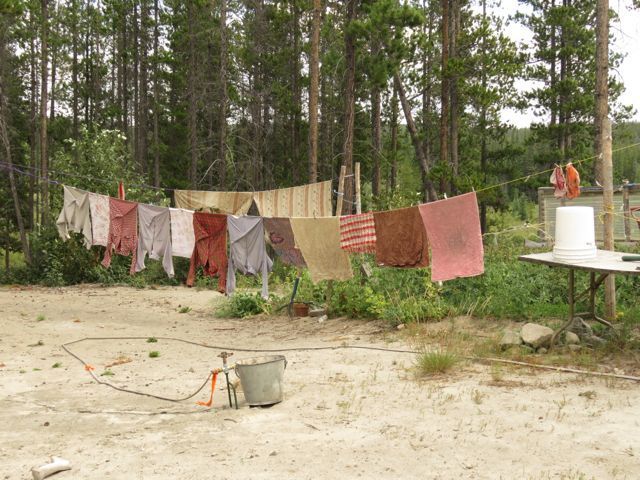 But of course it kept dribbling rain so I had to move the kale inside.  It took up almost the whole of my living space. 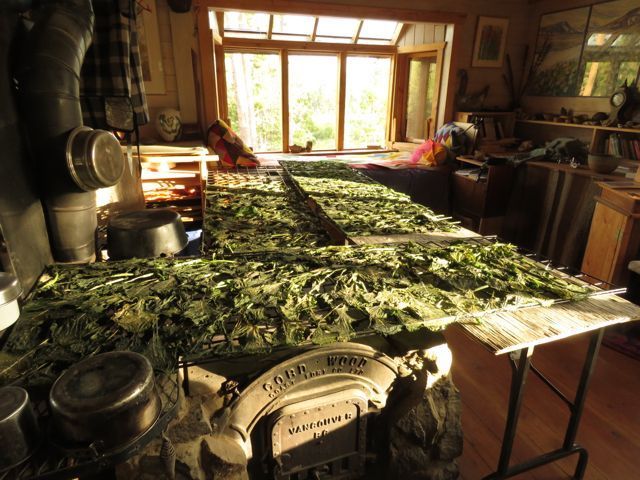 I was asked by the fire people if it had rained.  They were all further north at Anahim where the weather is often different (usually wetter.)  I said I had no rain gauge, but I had left the wheelbarrow right side up to catch what there was.  I estimated later that this had probably amounted to 3 mm. 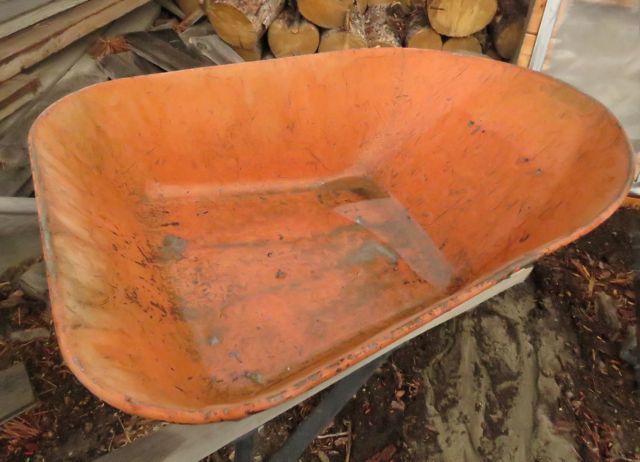 They laughed at that – but later that day someone came by with a rain gauge.  I had been sending wind and visibility reports, which they were pleased about. 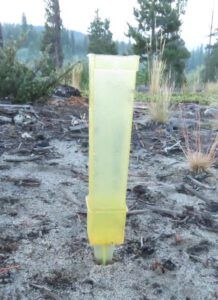 The rain smelled so sweet – but with an underlying tang of wet bonfire.  I walked down to the river, and was somewhat disconcerted to find a number of blackened leaves in the grass.  They had obviously been blown on the high winds a couple of days before – it is items like these that could easily start spot fires well ahead of the main blaze. 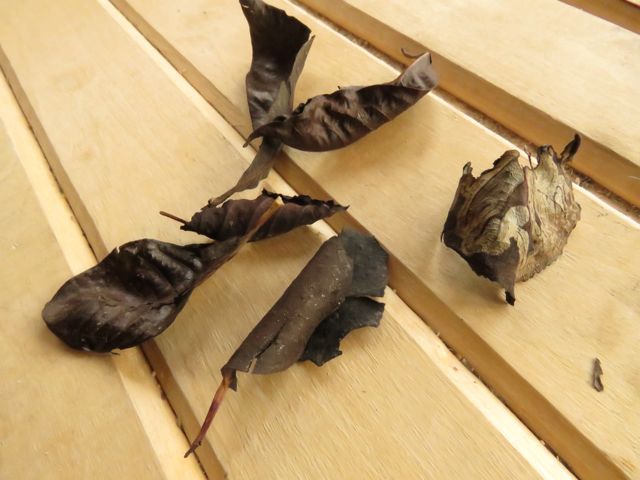 On 22nd August, Google Earth was showing that the fire had calmed right down.  (Yellow means no measurable fresh activity for the last 24 hours even though most of this area would still be smouldering.) 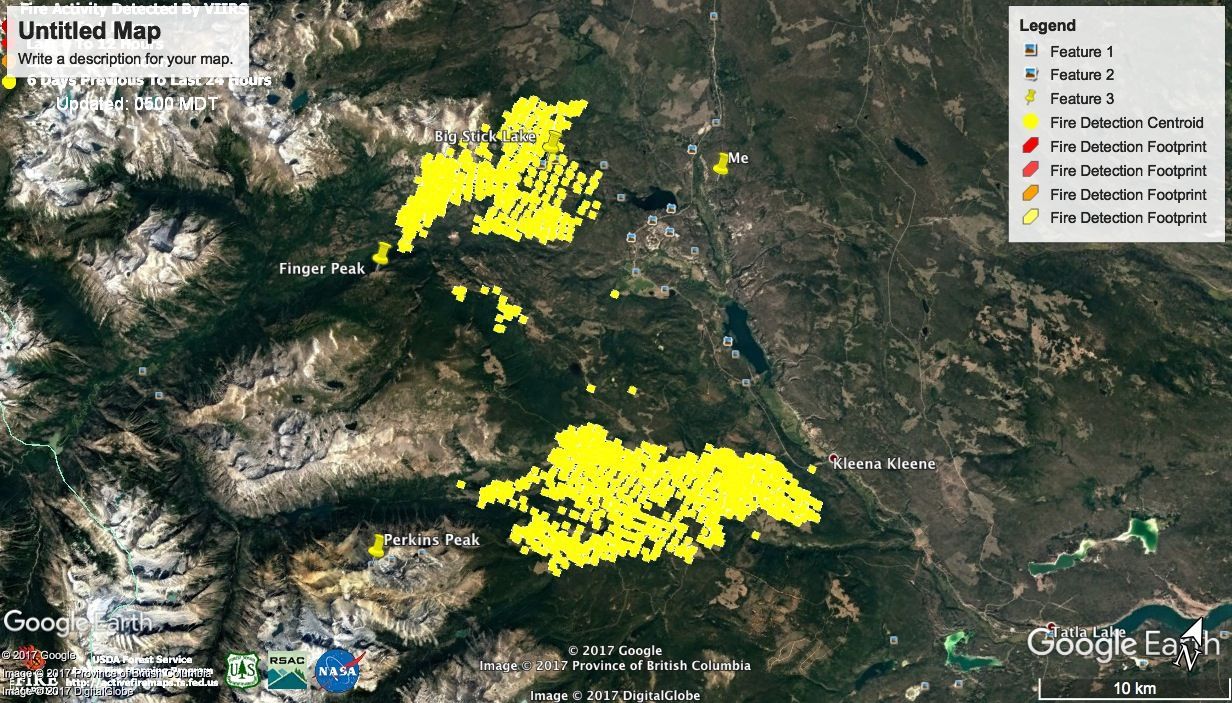 Smoke built up again, but the lack of wind and dampness gave a feeling of relief.  A Cariboo Regional District meeting was to be held at Nimpo Lake on the 23rd.  I hoped that our area would be put on Alert so I could go, or at least I would get a permit to drive.

But I’ll tell you all about that in the next post.