June (2019) was wetter than it has been for many years.  Everything was so green. 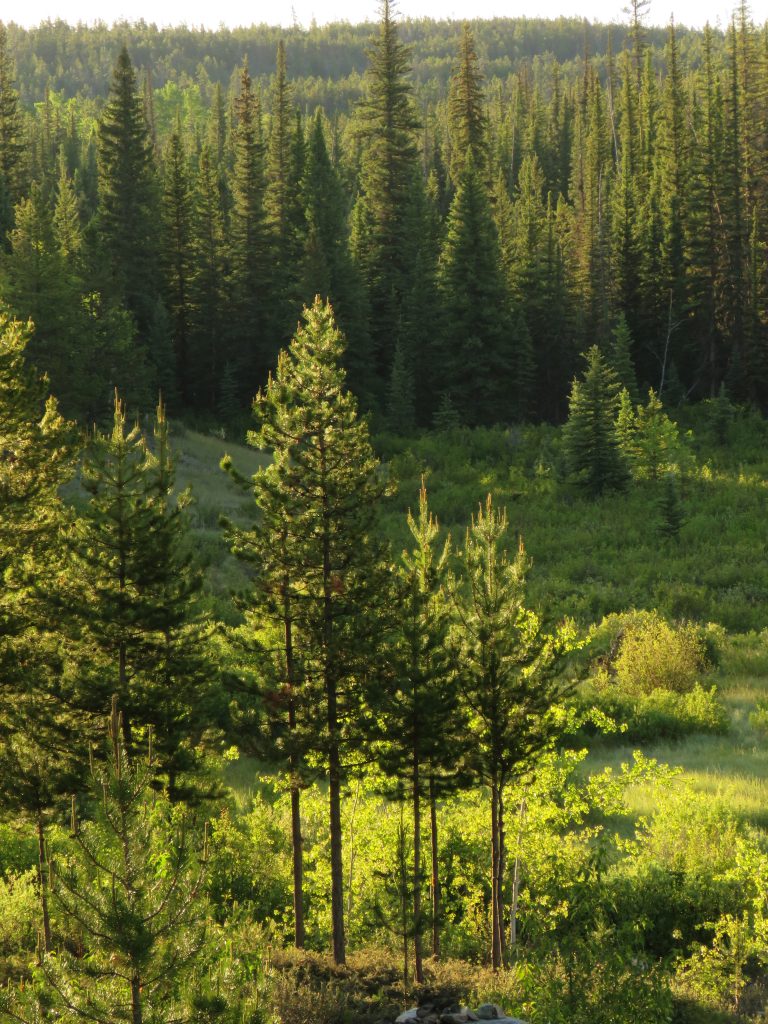 I had been thrilled to get well-aged horse manure for the garden, but when I took the row covers off I was astounded at the weeds that came from it. 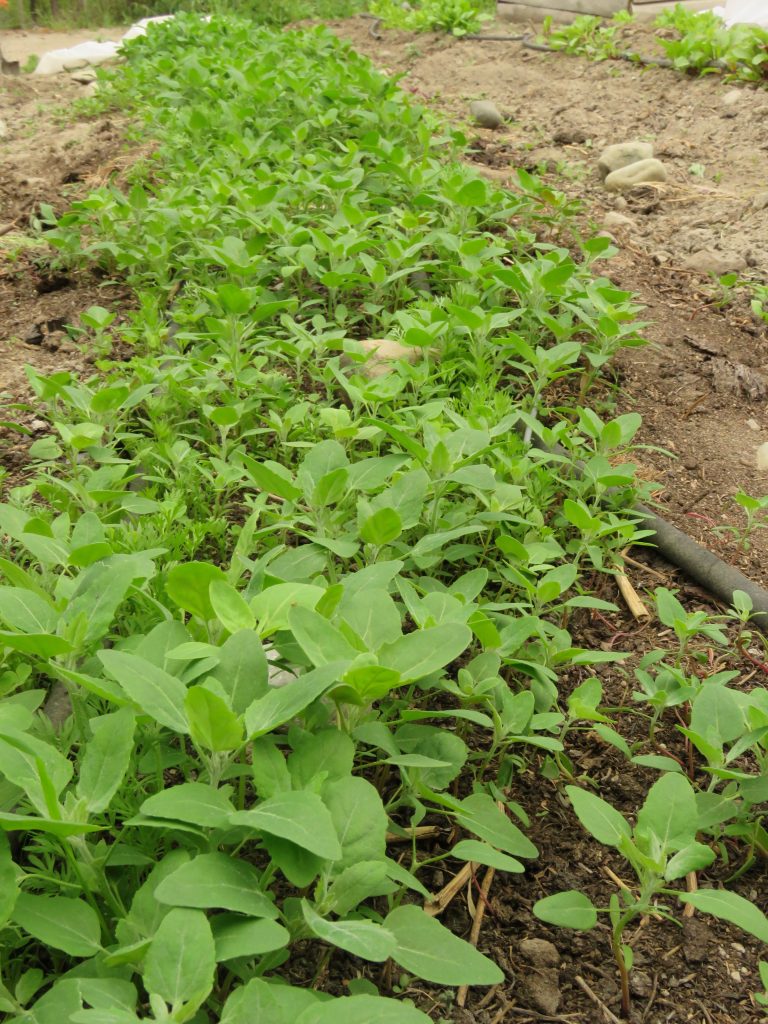 I laboriously cleaned all the crops.  The carrots, pictured in the above photo, were the worst.  The broad-leaved lambs quarters were easy to separate (and good to eat as well) but the feathery-topped pineapple weed was a nightmare.  (Carrots on the right of the drip hose, pineapple weed on the left.) 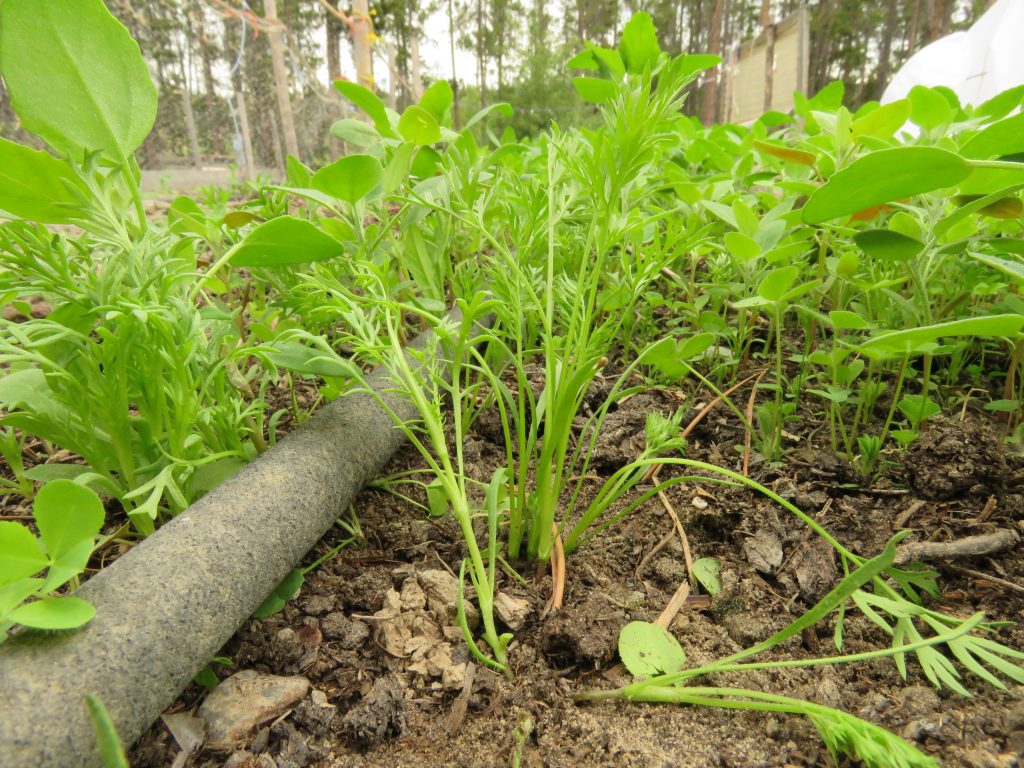 It took a whole day to do the carrot row alone – and it happened to be dull and windless.  Bent over, creeping tediously along the row, I was a gleeful target for the black flies and had to wear my serious bug net. 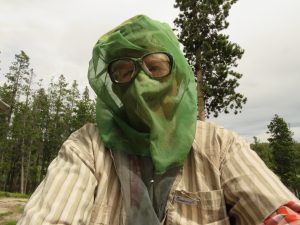 It took a couple of days for the poor carrots to stand up properly after this trauma, but there they are. 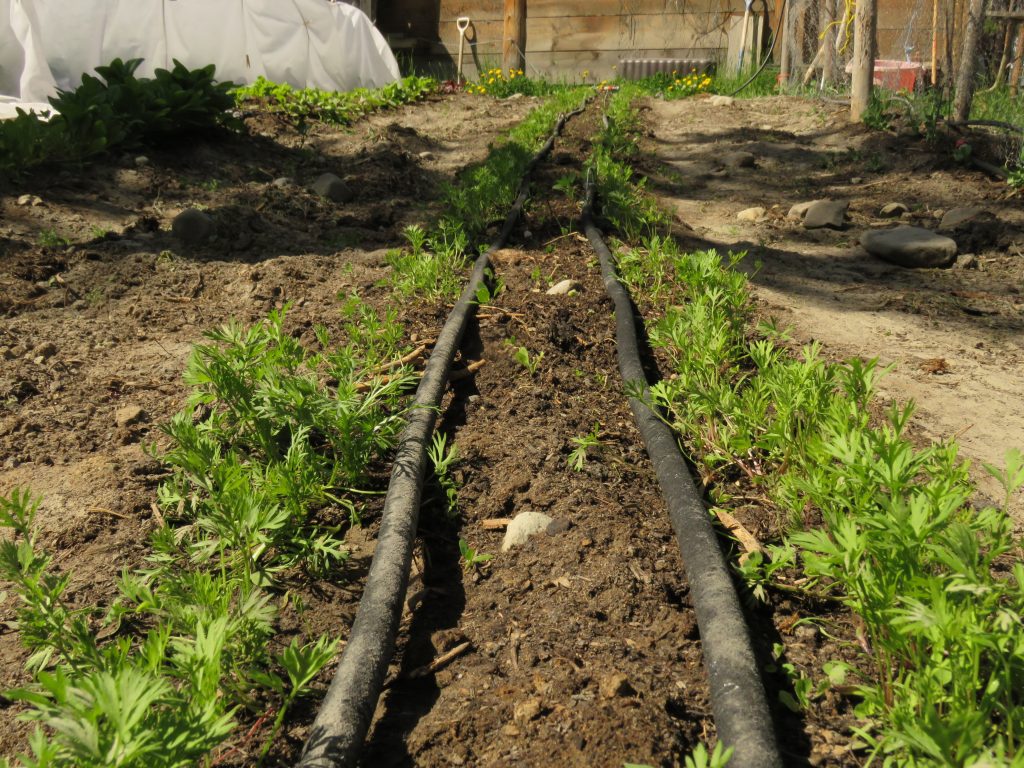 And the rest of the garden looked good.  Already I could find salad nibbles to eat. 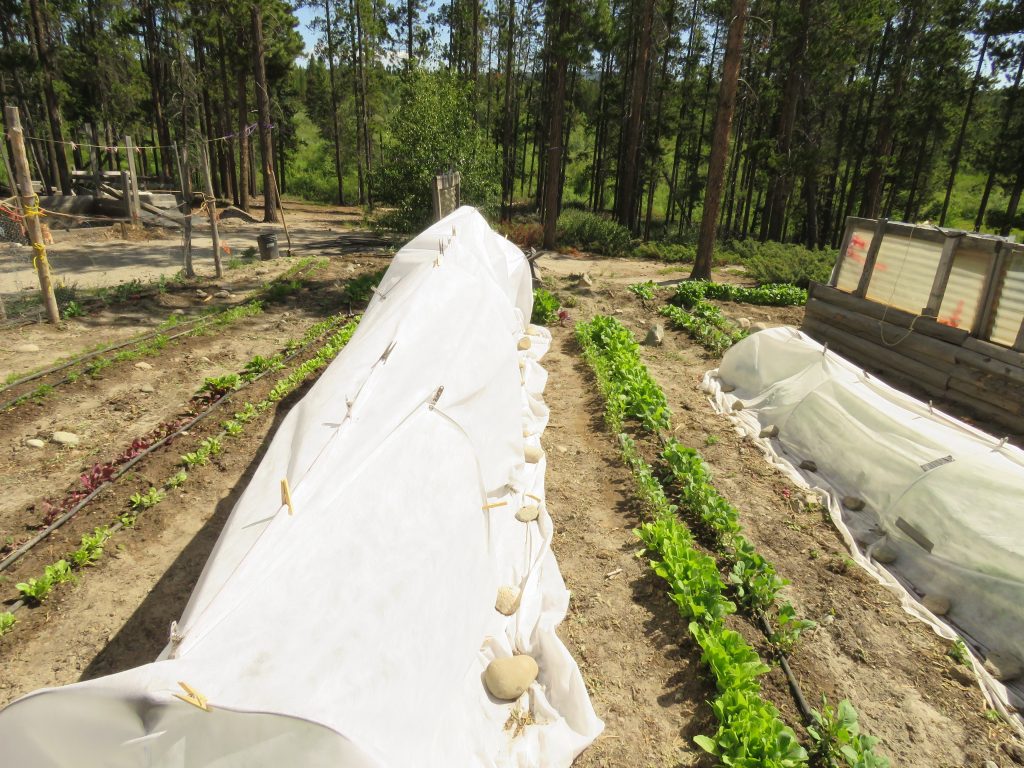 I’ve gone through a couple of posts without showing a sunrise so I had to sneak a few in this one. 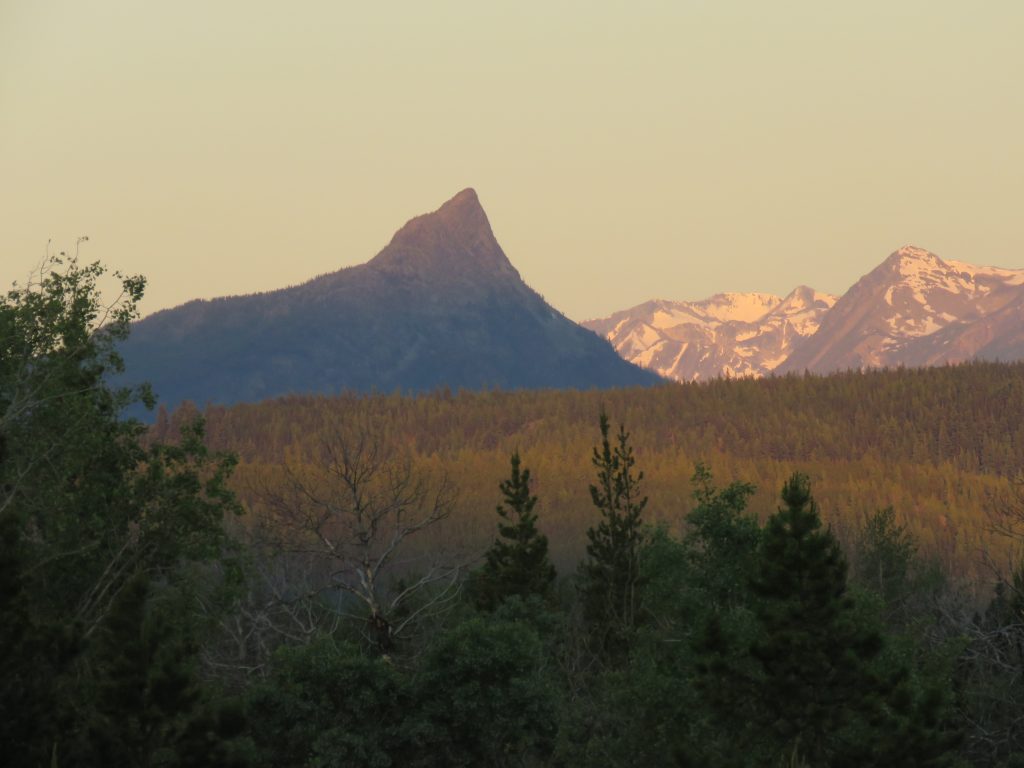 The brown colour on the burned areas seems to be brighter than ever this year. (Lower slopes of Finger Peak.) 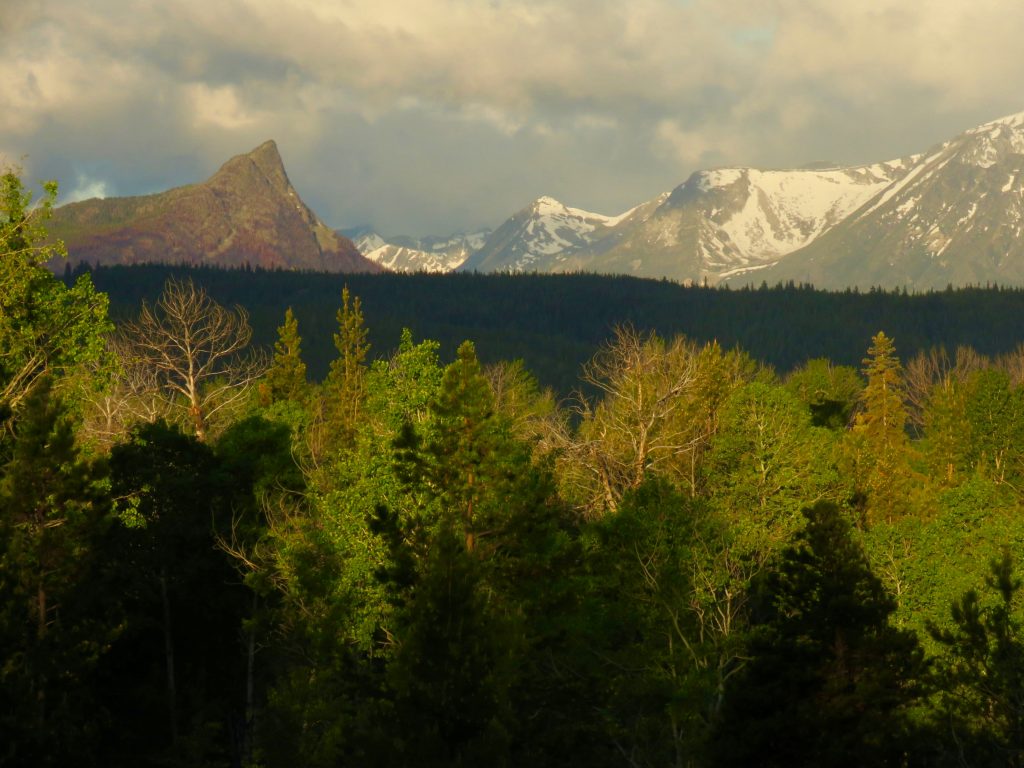 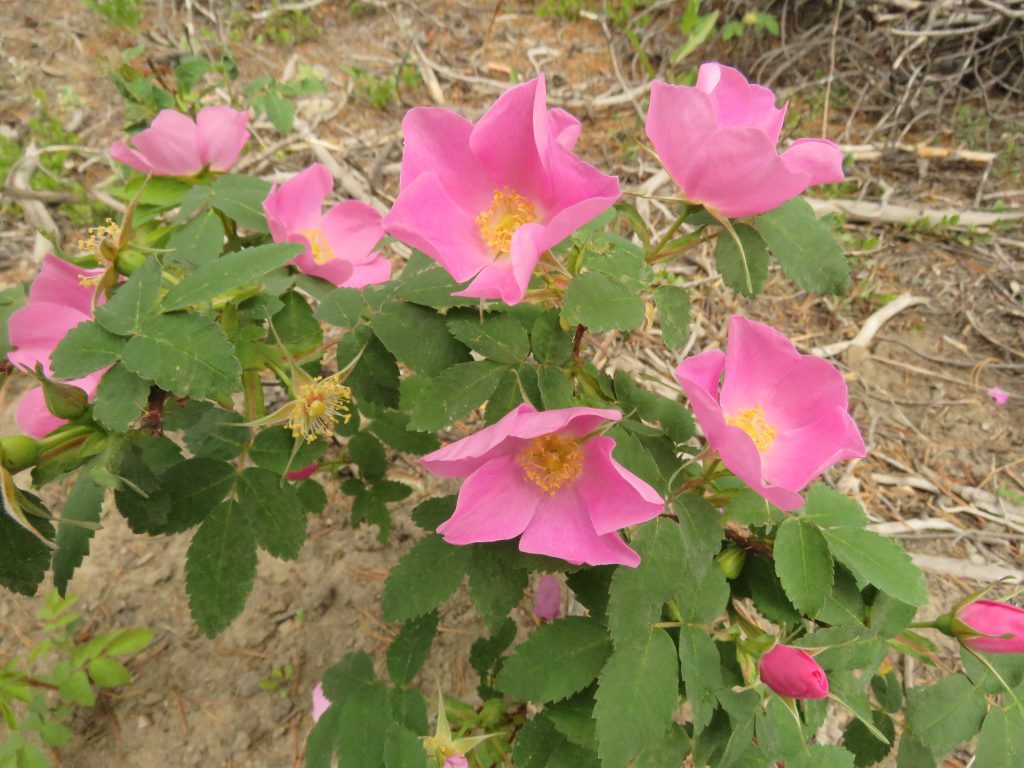 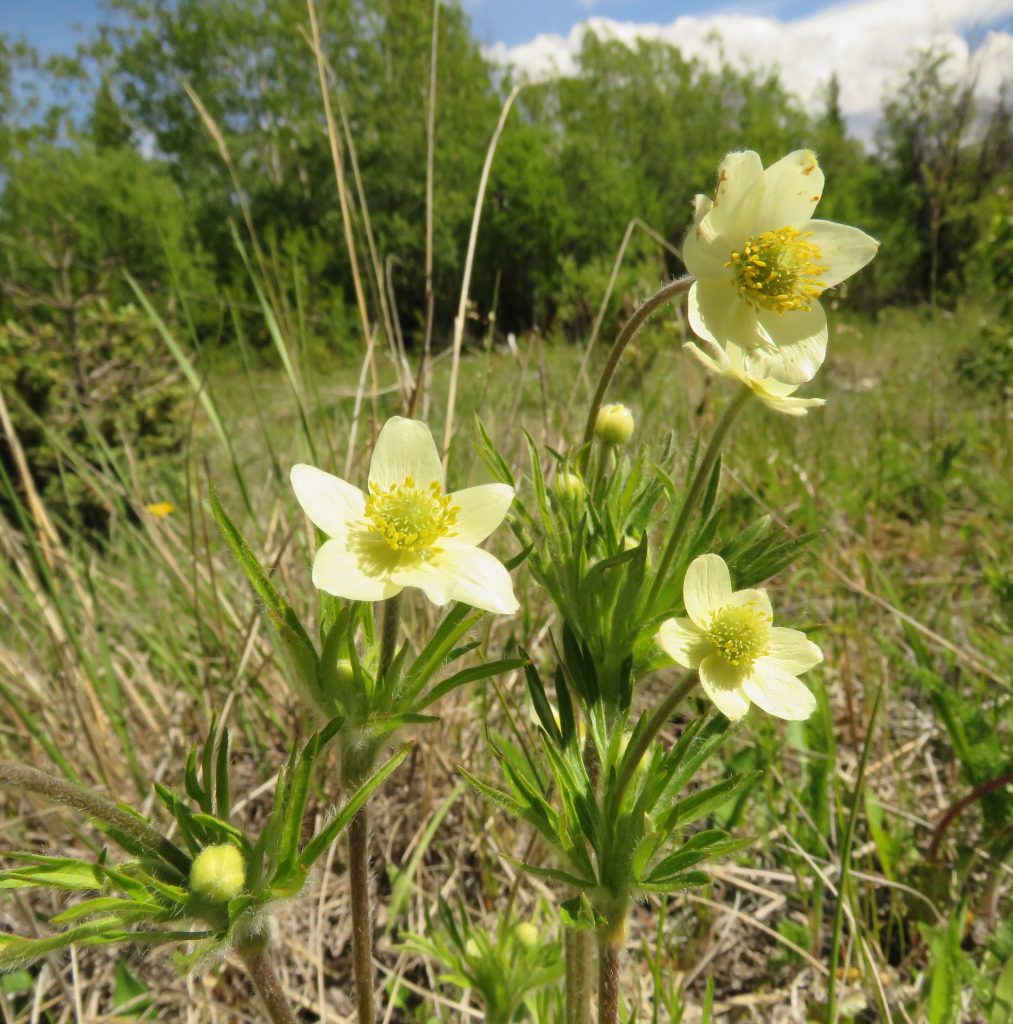 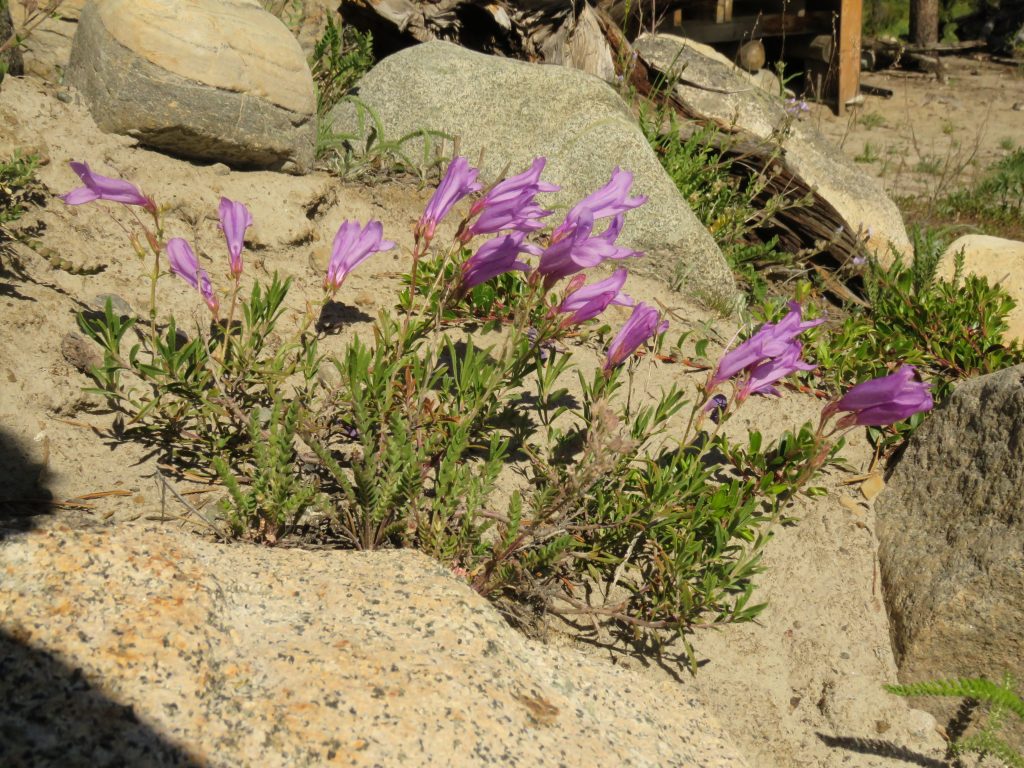 Balsam root daisies.  (Taken on the way to town) 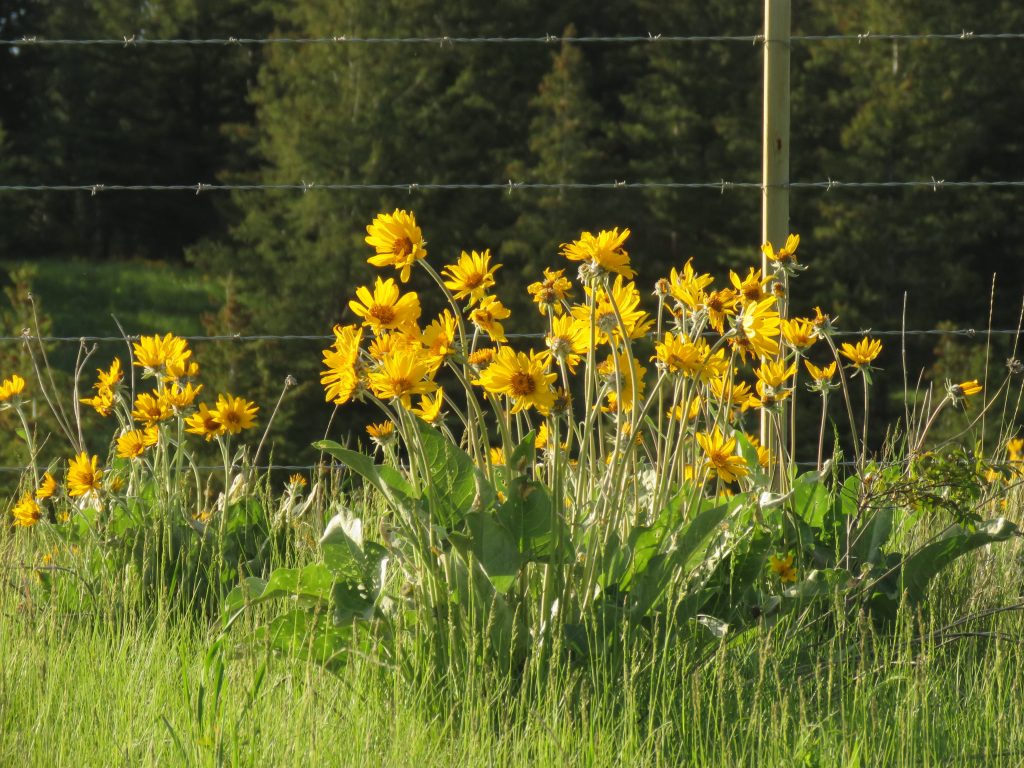 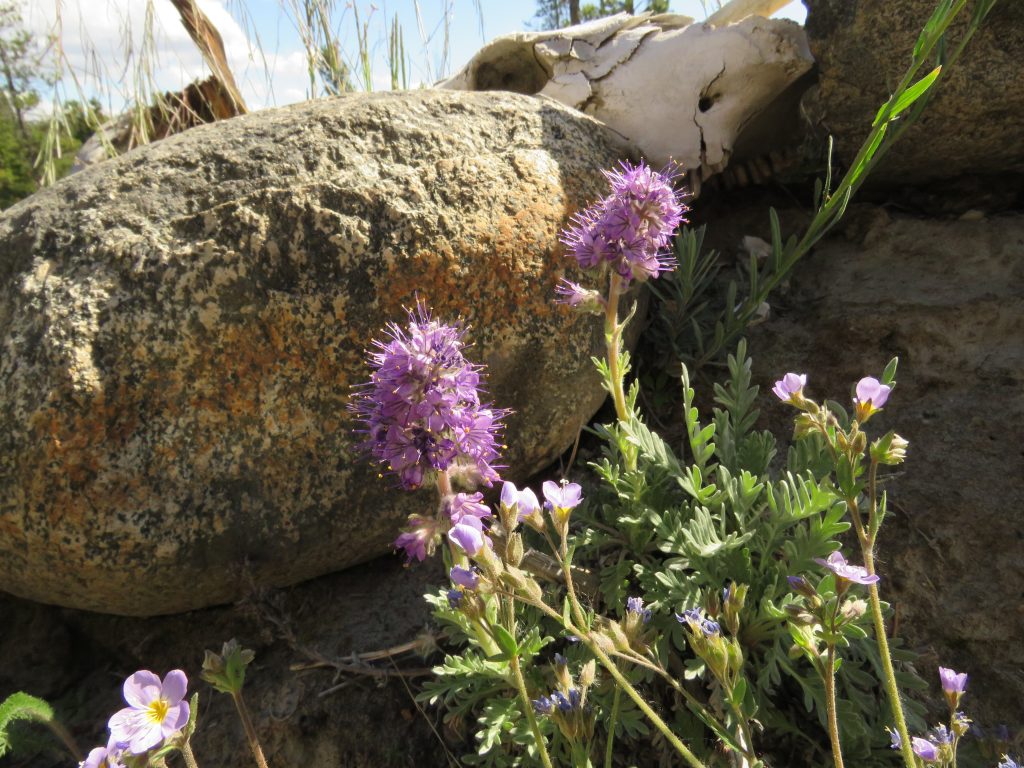 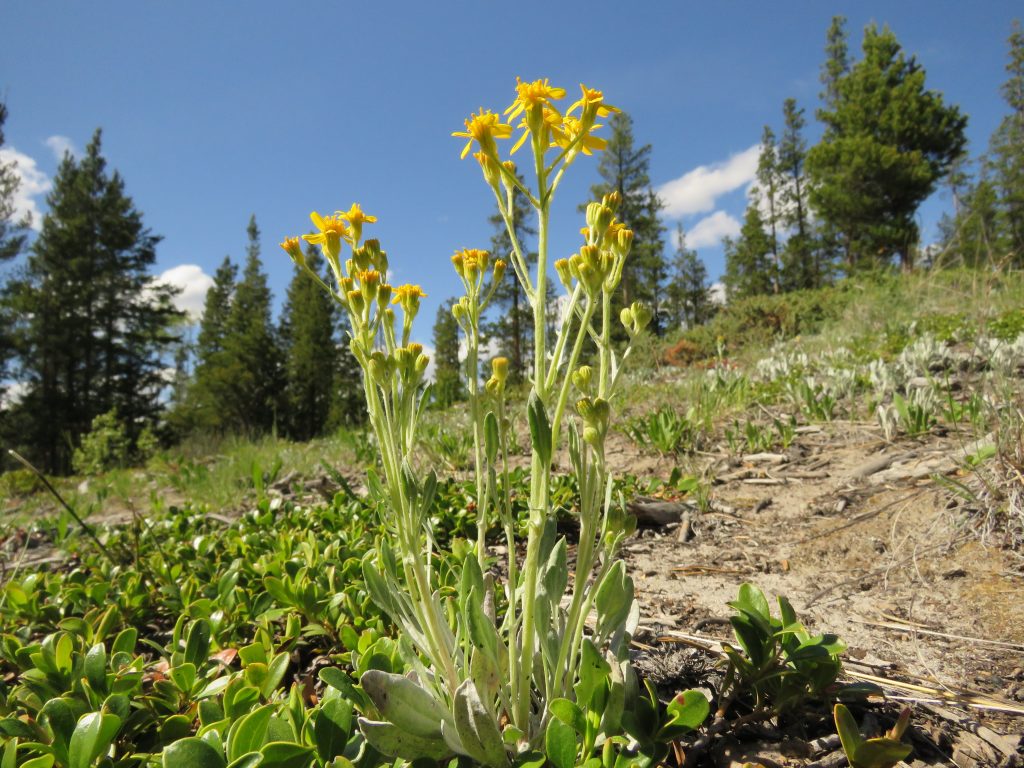 A red-naped sapsucker hung about for a few days.  I see them most springs but they don’t seem to stay. 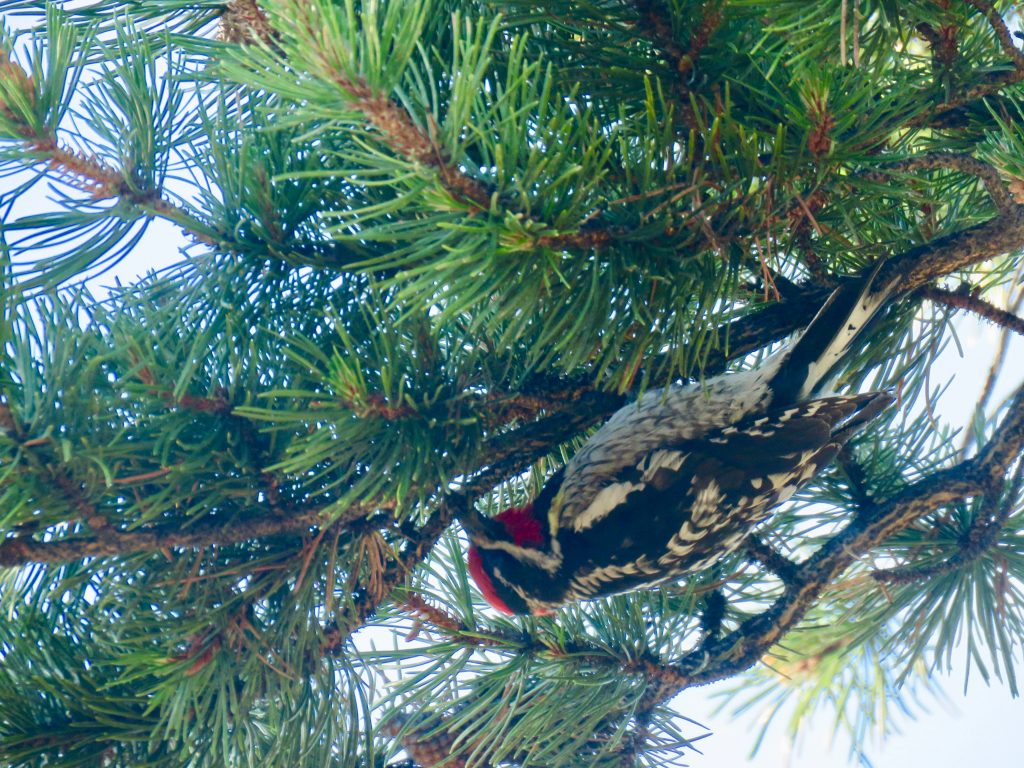 Near the airport at Anahim Lake a slew of greenhouses has sprouted.  They’ve been there a couple of years but I’d never been in there before.  It is quite extraordinary to see such a venture here.  They are called Tolamy acres. 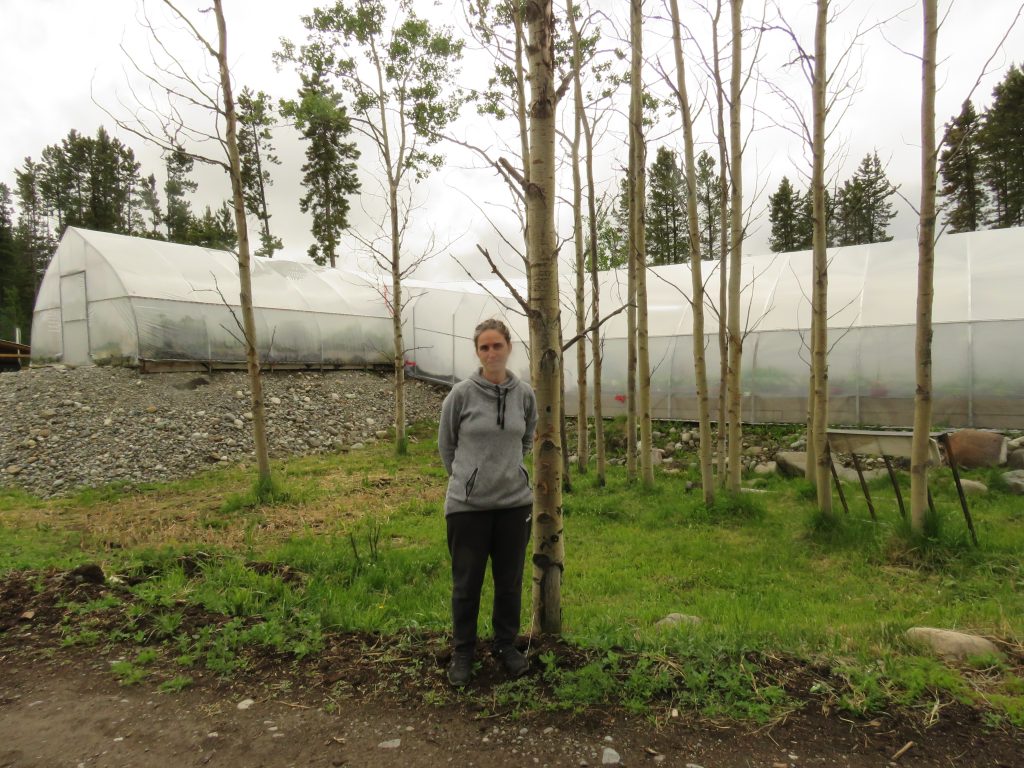 Inside, it was like being on a different planet.  She even had potatoes growing there.  What a treat to get early, fresh salad greens.  She apparently does good business with all the resorts through the summer. 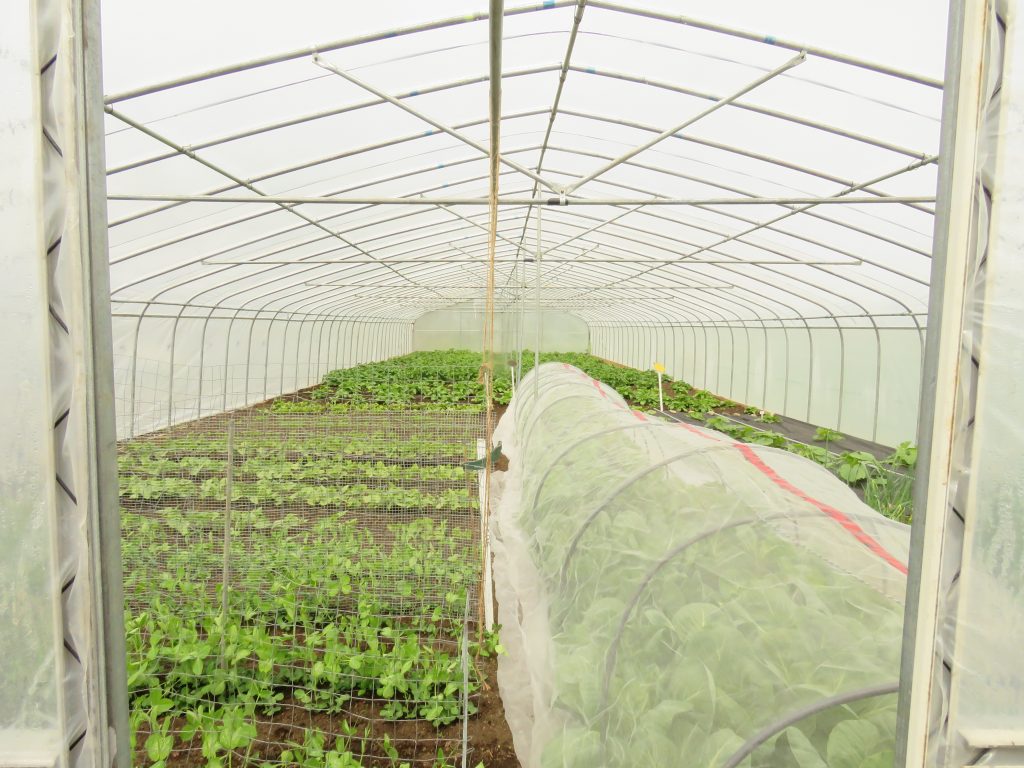 It kept raining on and off. 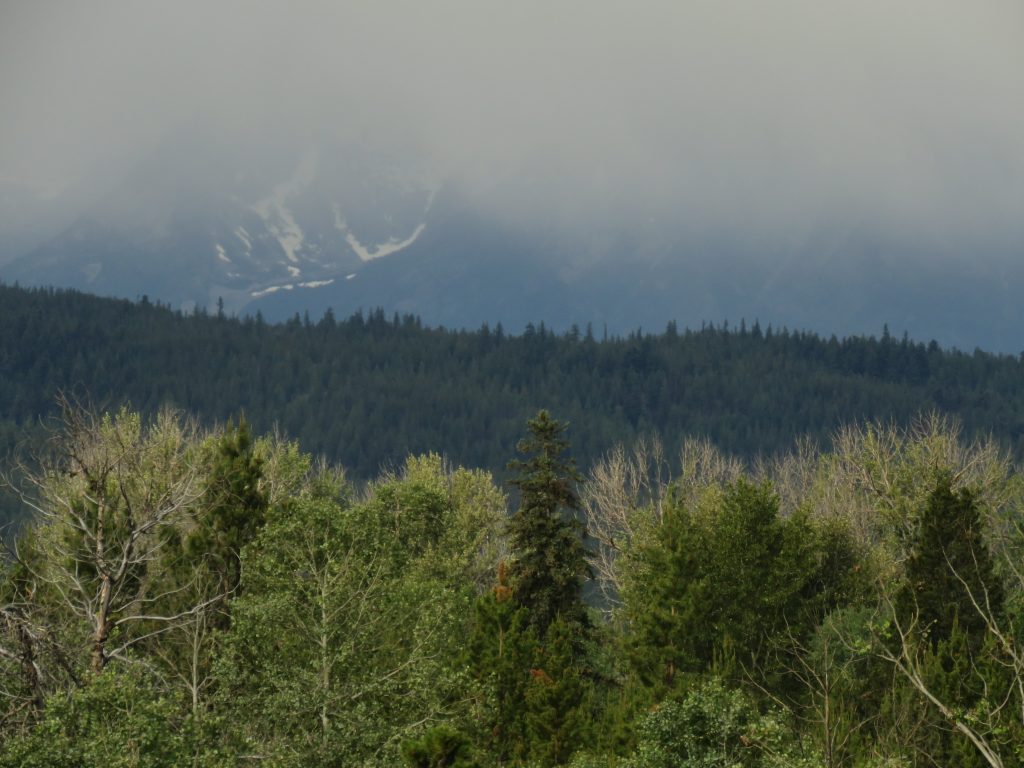 The full moon was largely hidden but I managed one shot. 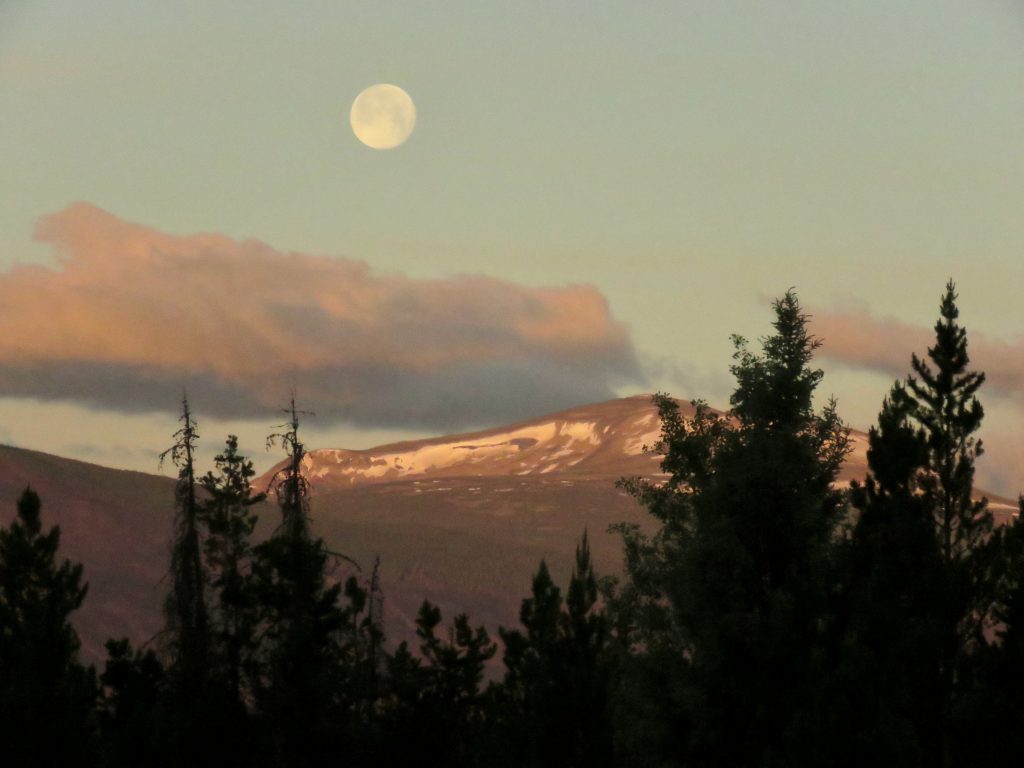 Another morning there was a dusting of fresh snow on Perkins Peak. 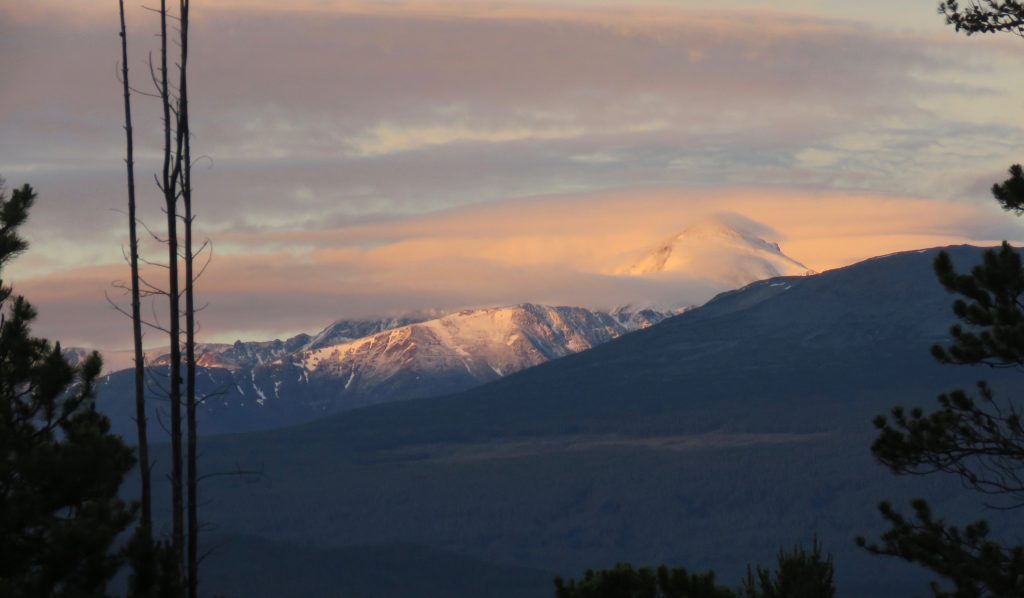 Internet hill (in front of the mountains.) 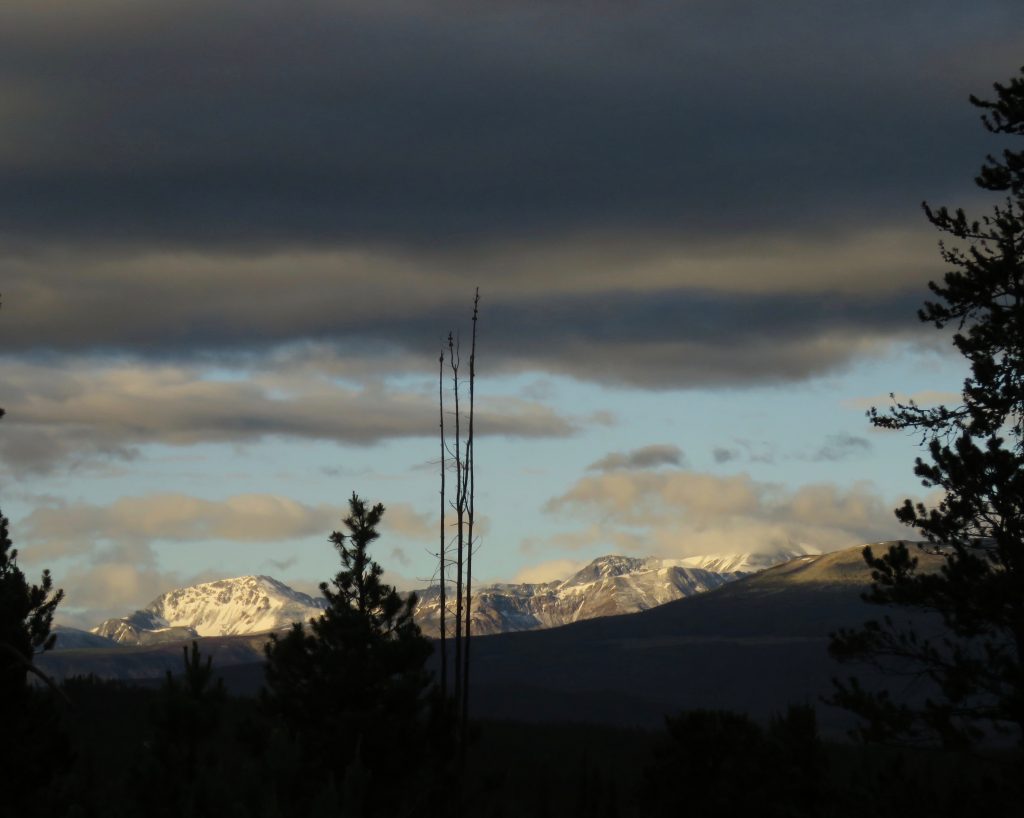 So this special morning light was particularly splendid. 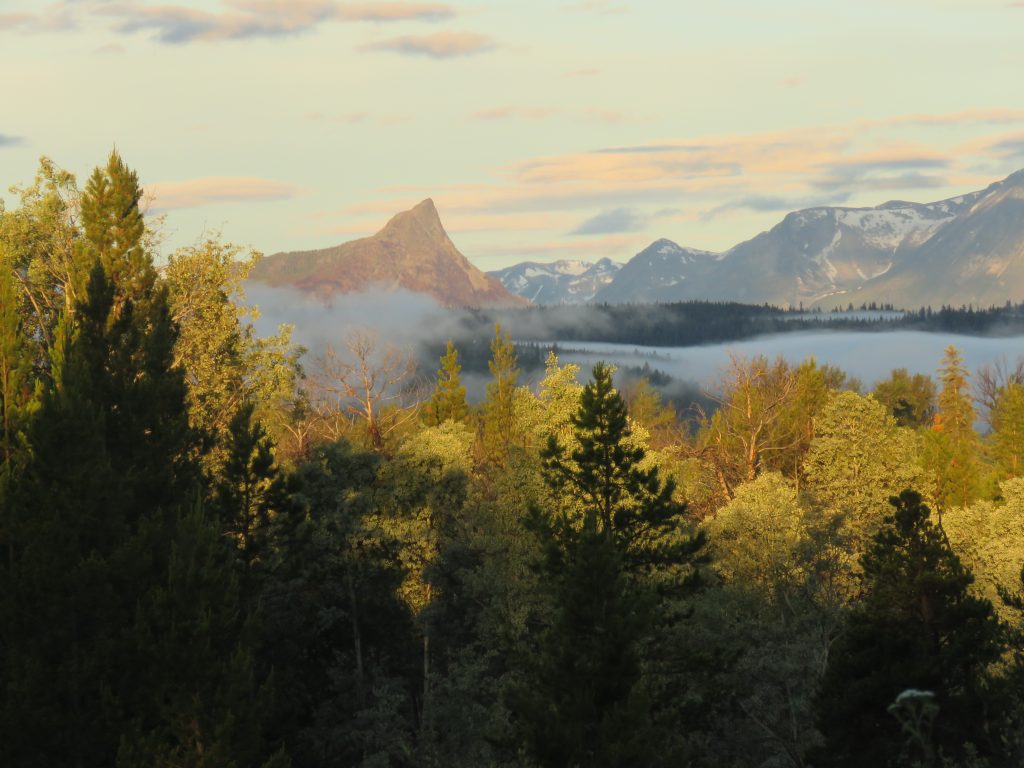