Last weekend I went to the annual Precipice Cattle Drive again.  Like most ranchers around here, Lee Taylor drives his calves up onto the summer range in late May; they will stay there until October.

Down the Precipice road I went, enjoying as always Fred Reid’s stone sculptures. 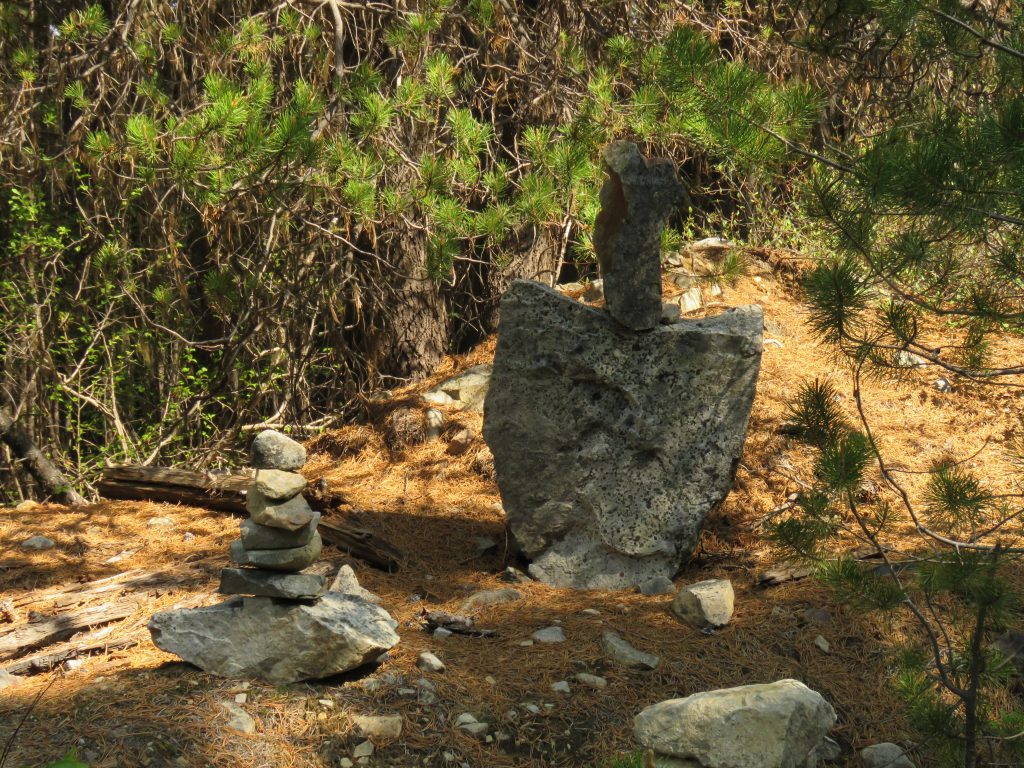 Here is Fred.  He is co-author of Captured By Fire, our book about the 2017 forest fires. 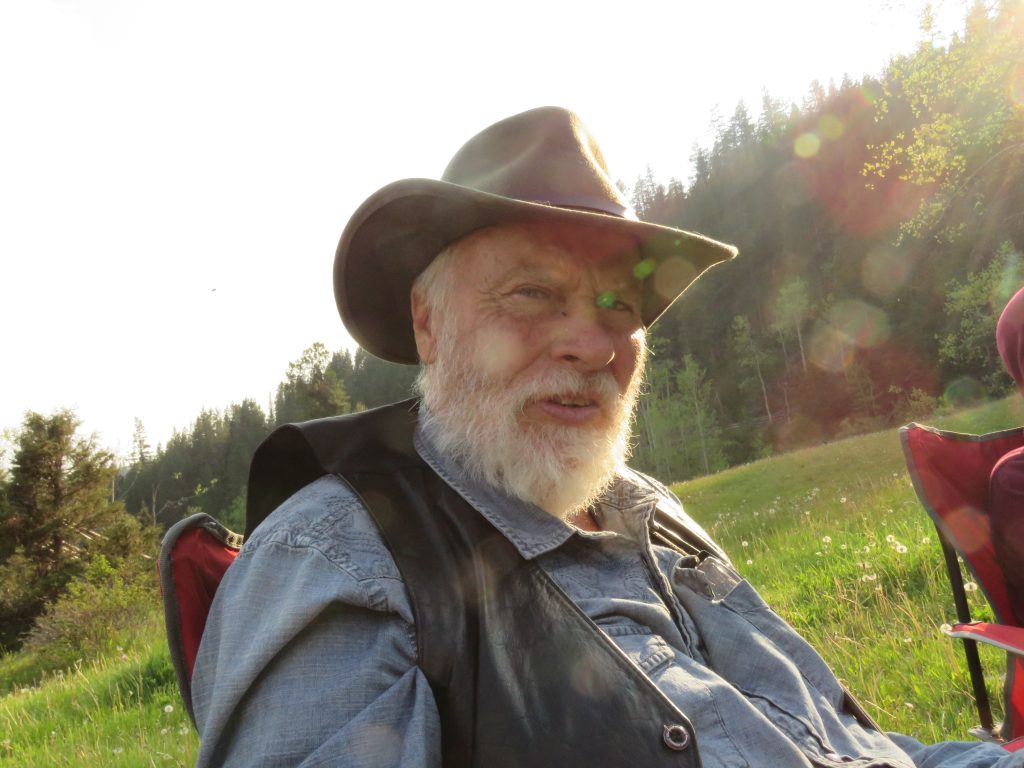 This is how close the fire got to Lee and Pat Taylor’s ranch. 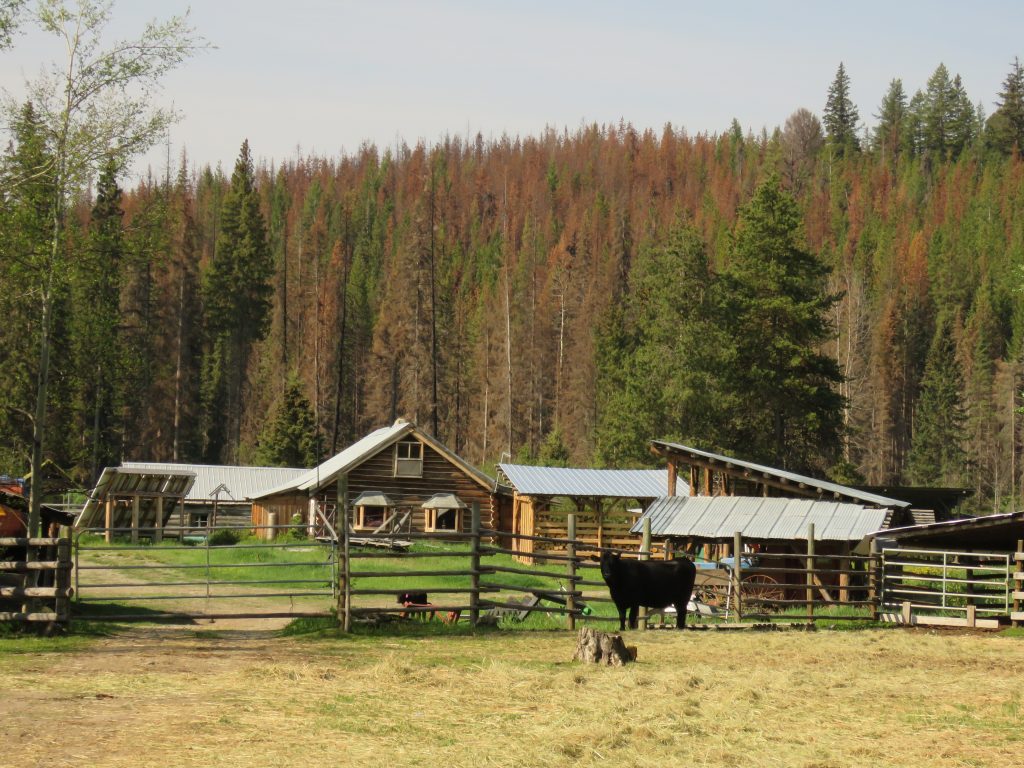 The new growth under the burned trees is lush.  Mostly fireweed.  It’s going to be a glorious sight in August. 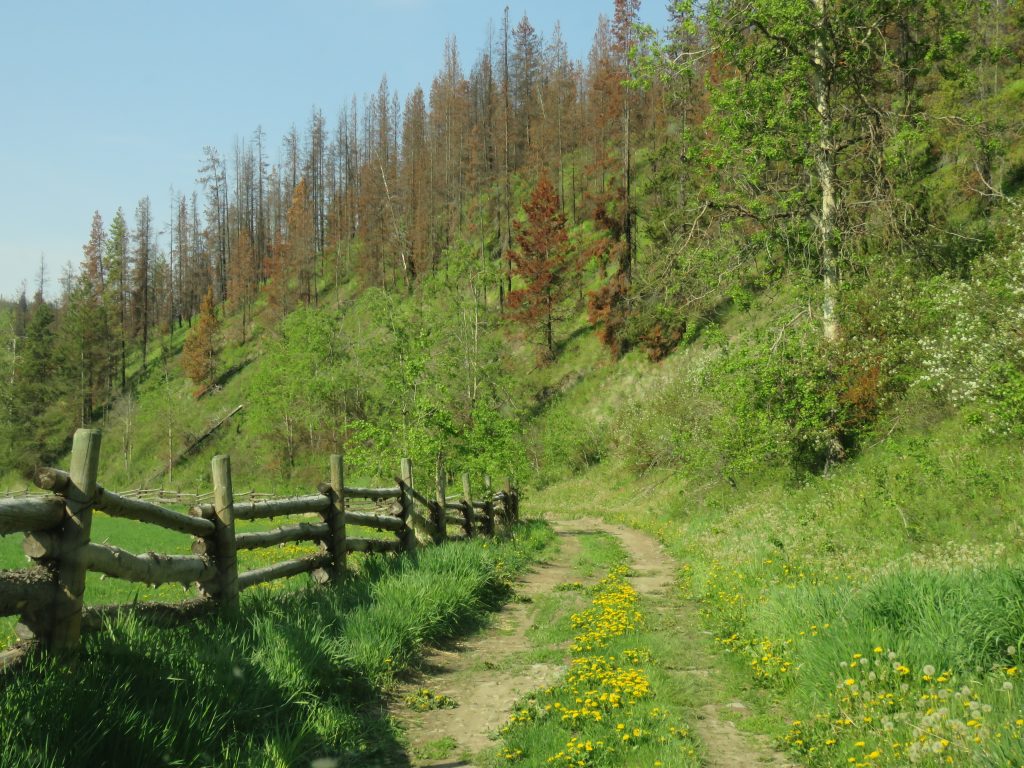 Hannah, myAustrian volunteer of 7 weeks, had got a ride to Kamloops and had left the previous day.  I drove down the rough road early and was in good time for the saddling up. 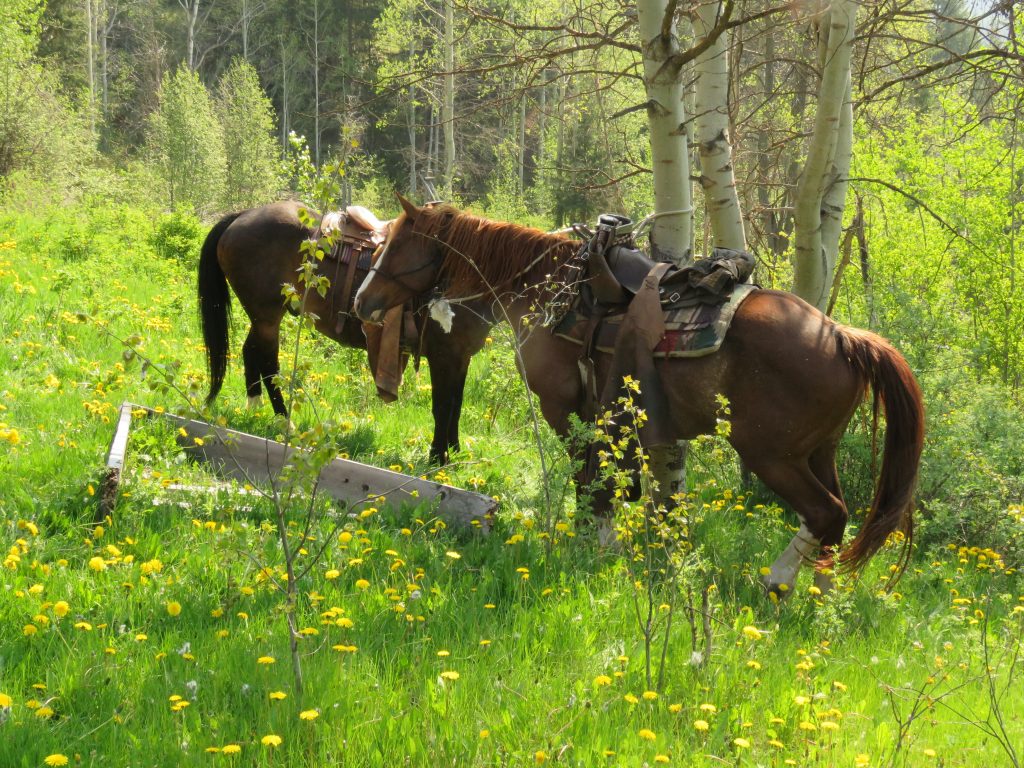 The violets were much bigger down here. 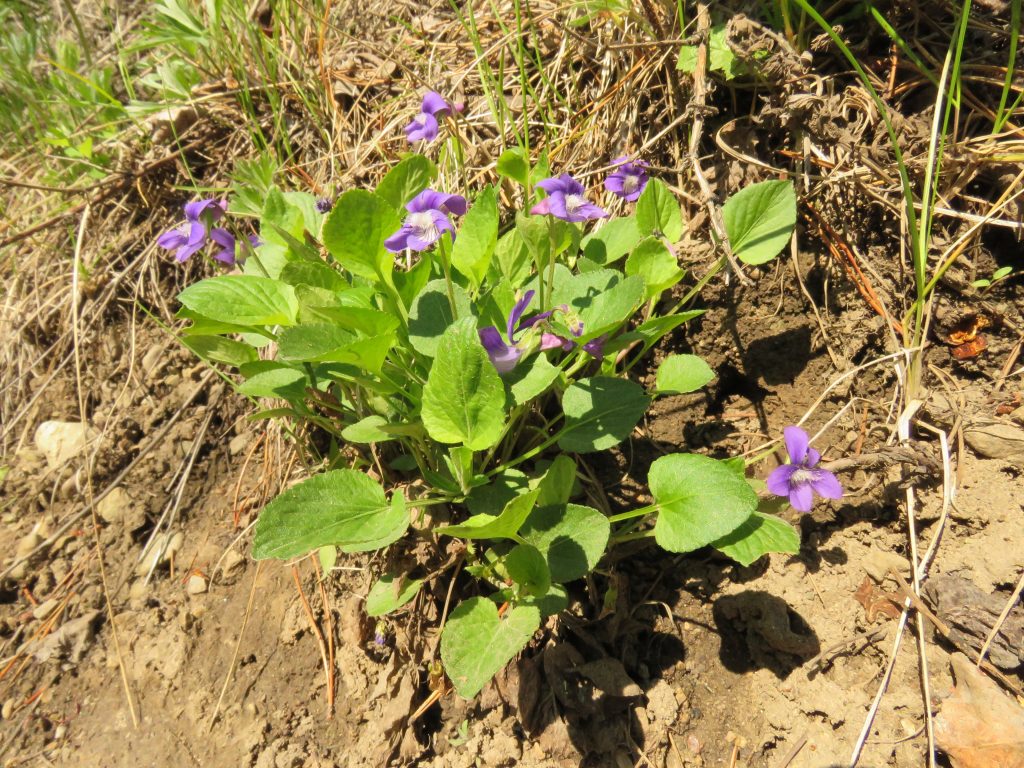 And there was a great showing of wild strawberries. 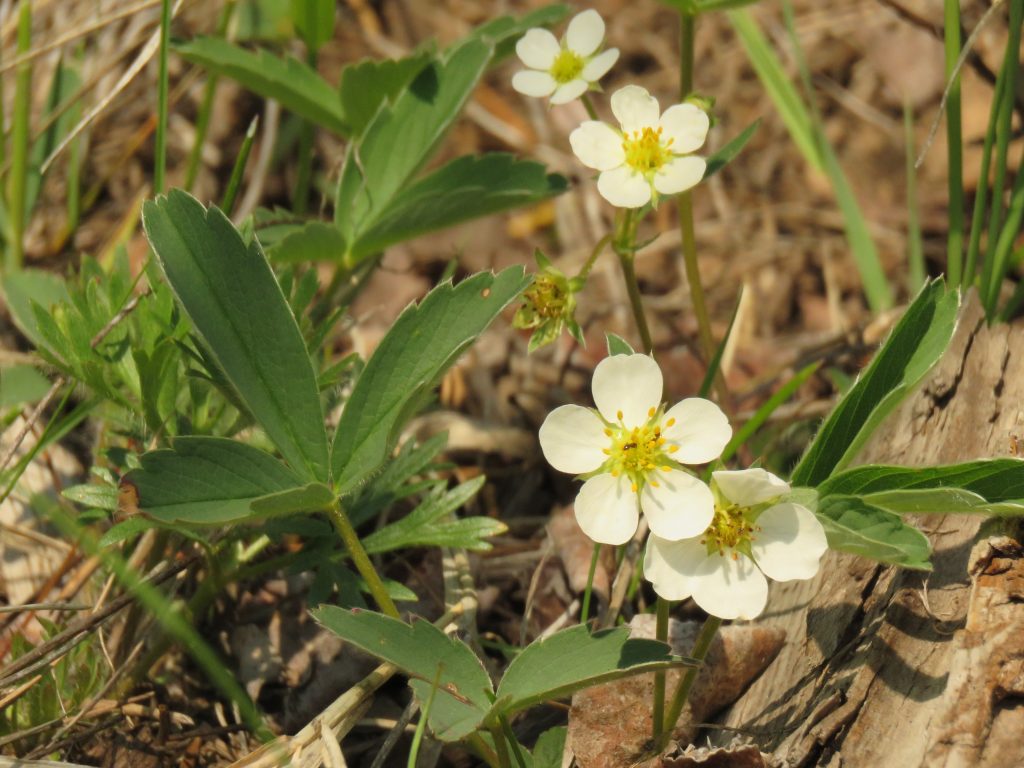 The cows had already been rounded up so were close to the gate.  Along came cowboys Paul, 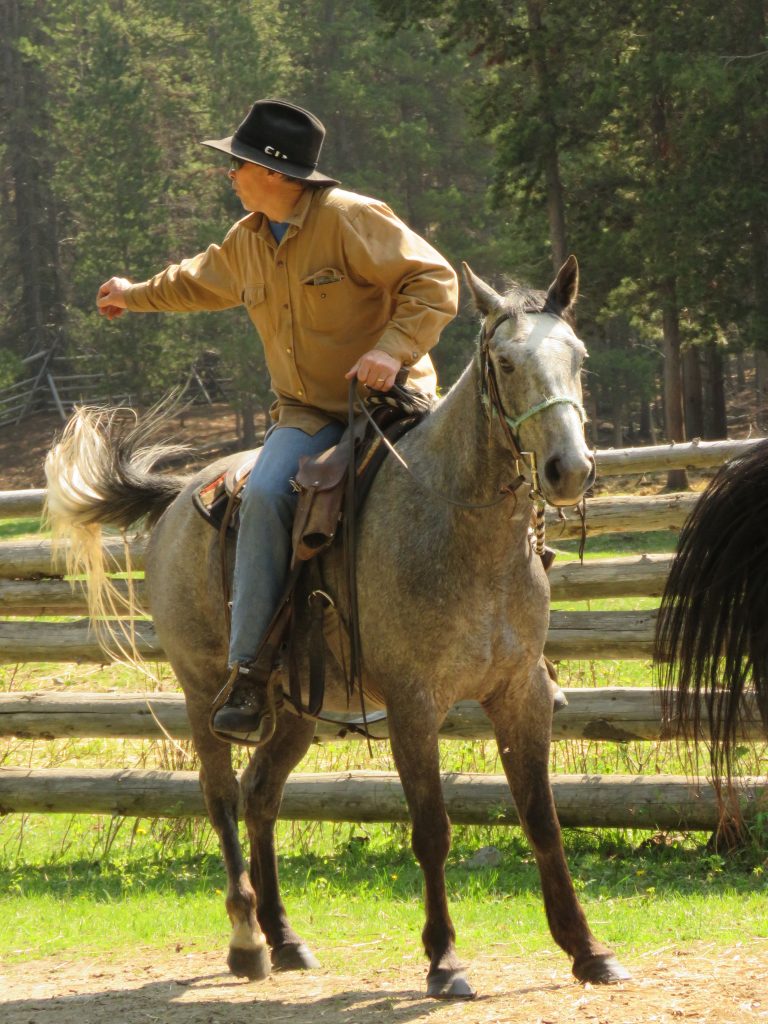 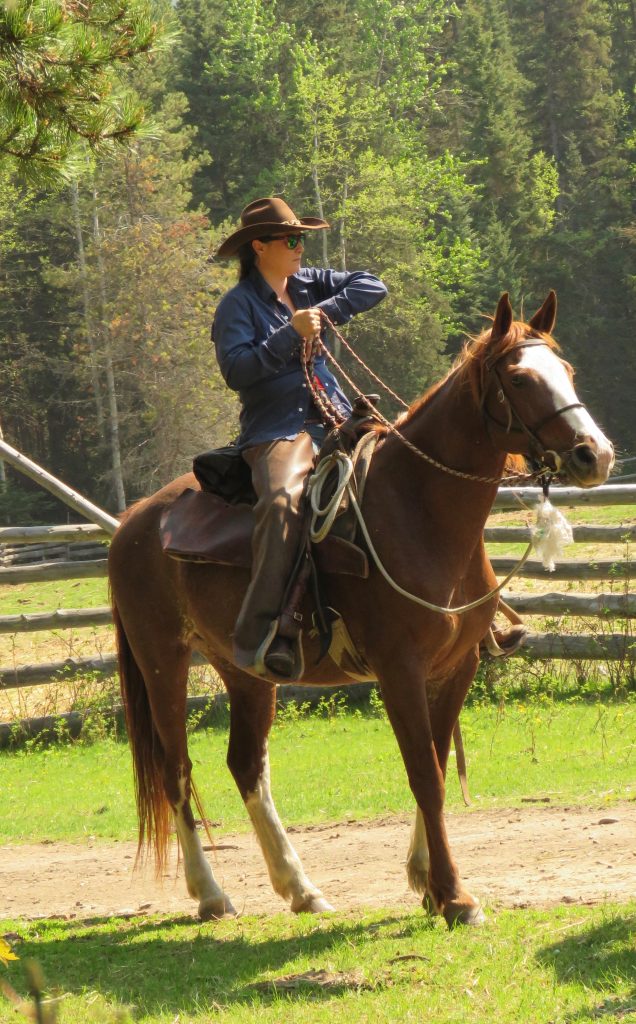 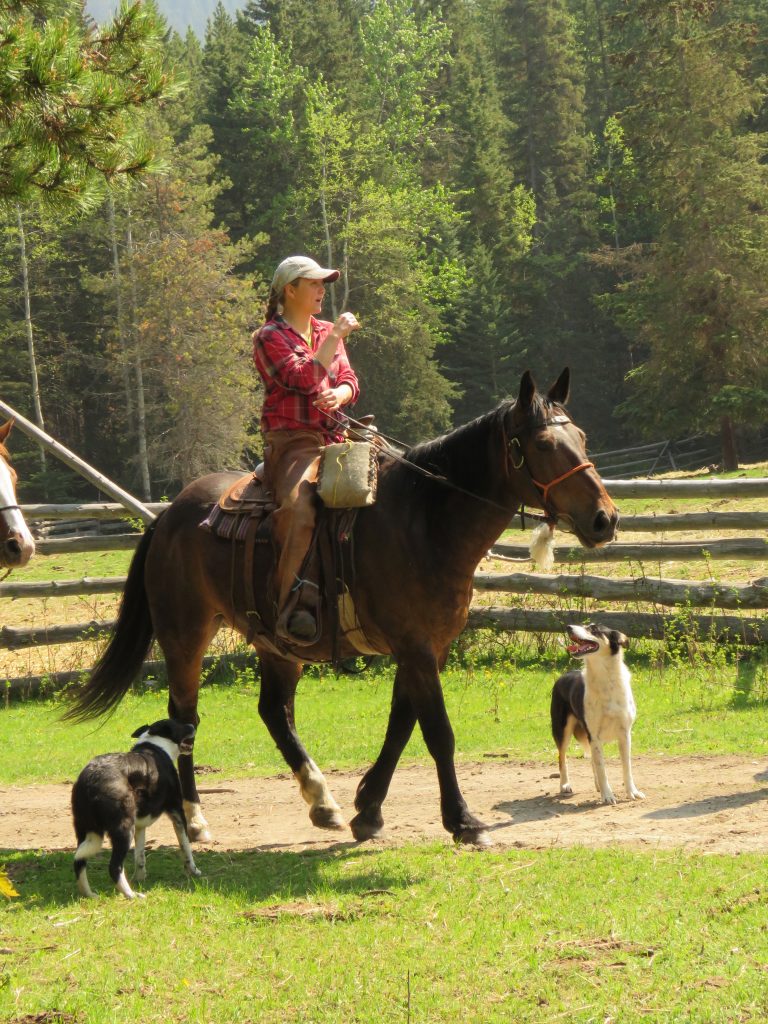 Paul’s son and one of his daughters were also riding.  Lee went in front with his atv, calling the cows to follow him. 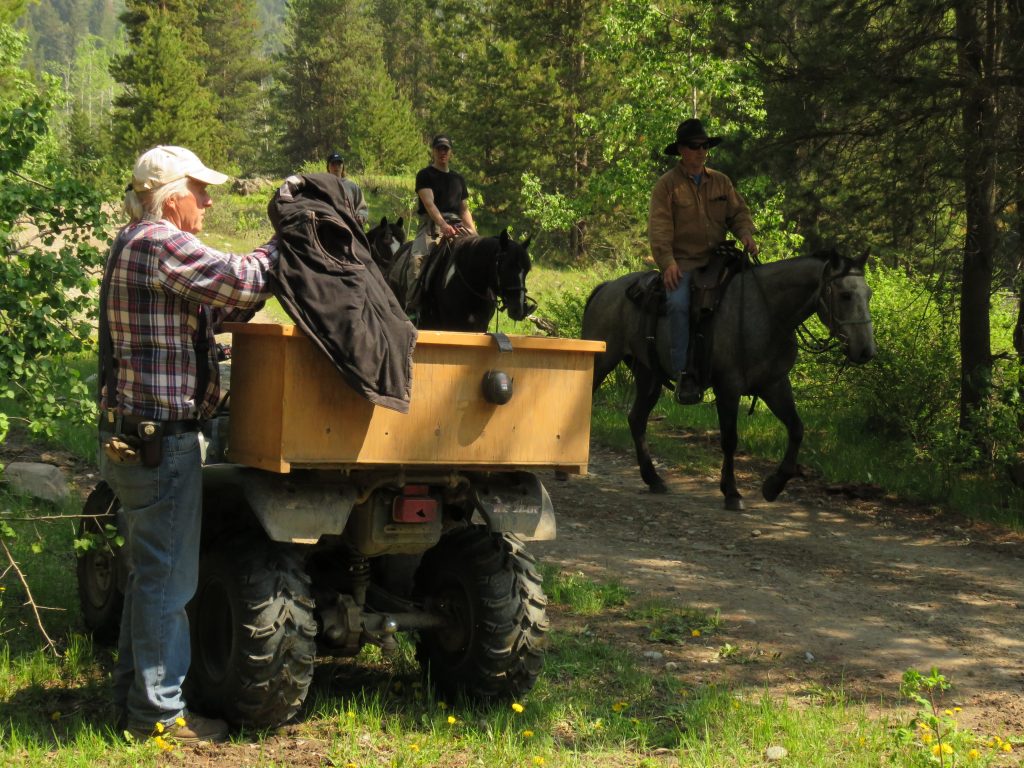 The older cows all know what’s happening and they are eager to go.  Just a bit of bawling to make sure the calves are with them. 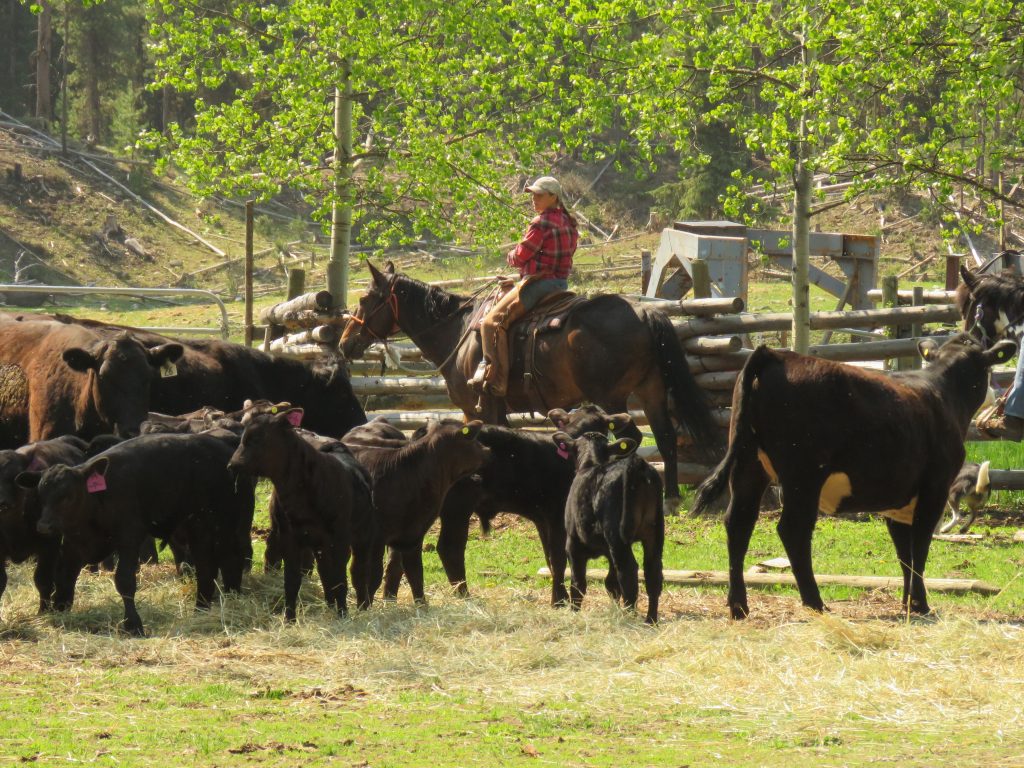 And away they went, up the hill. 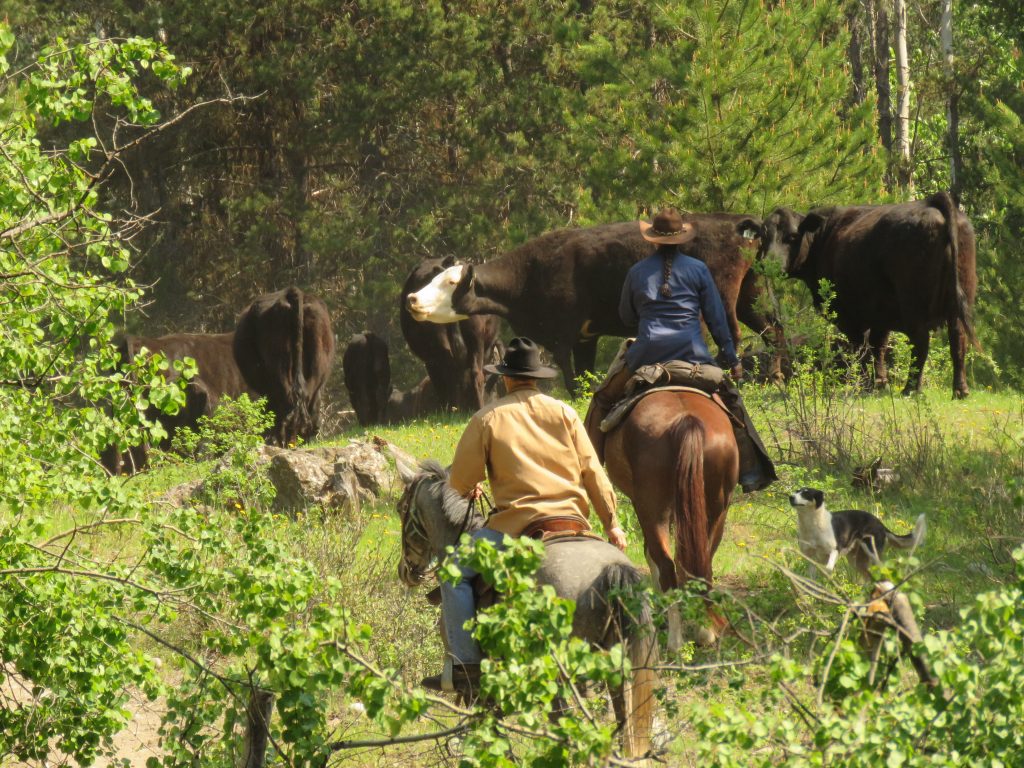 Then a few hours of quiet time until the riders and atv-ers came home.  The rest of the daylight time was spent visiting and eating.  Aileen is a new, first-time mother. 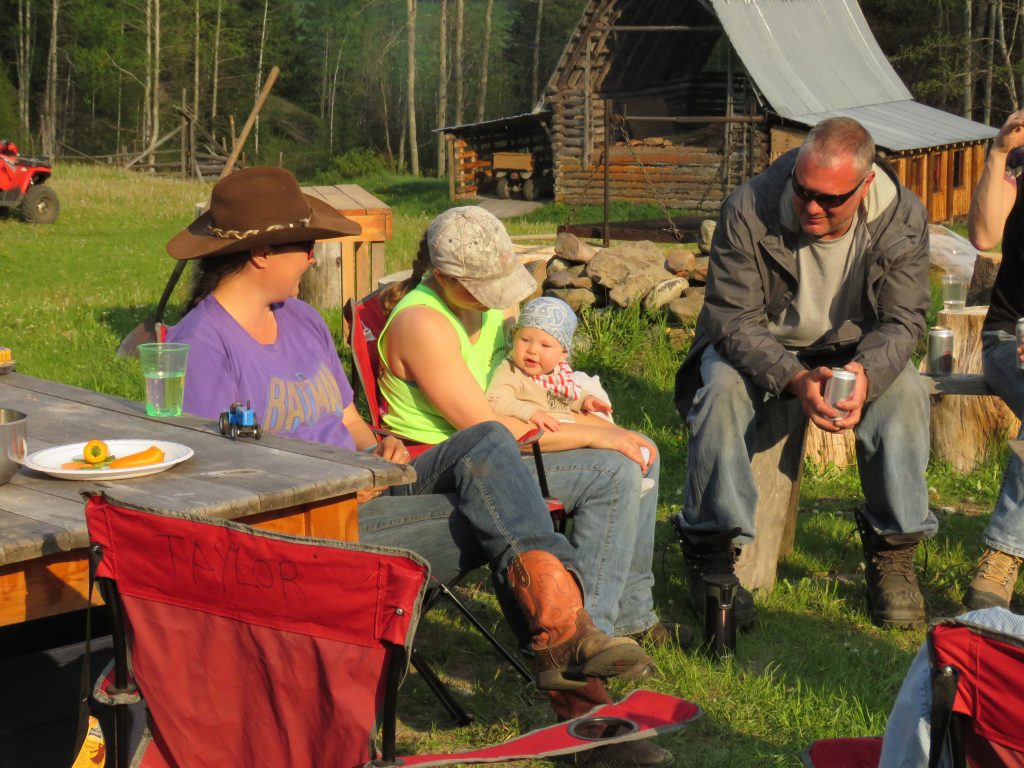 Leslie looking cool with her sunglasses. 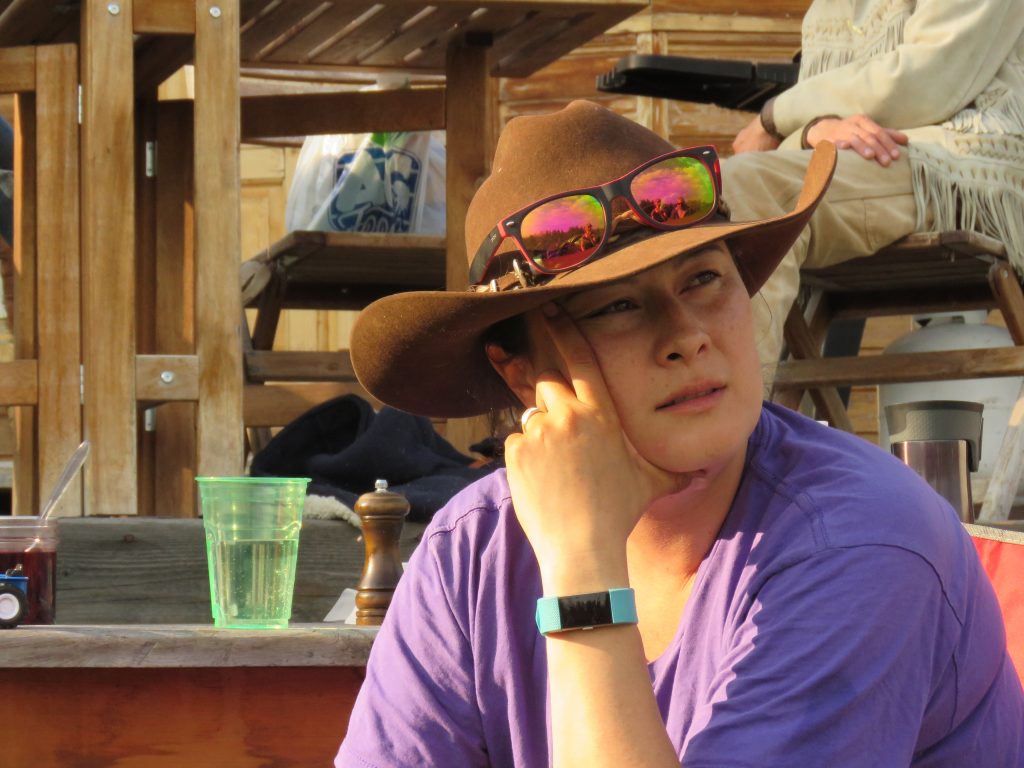 Lee always barbecues steaks and Fred and Monika bring salads from their market garden – already they have produce in the greenhouse (the famous greenhouse you will hear a lot about in the new book!). Pat, Lee’s wife, wrenching herself away from the sink for once.  Her organization is always superb. 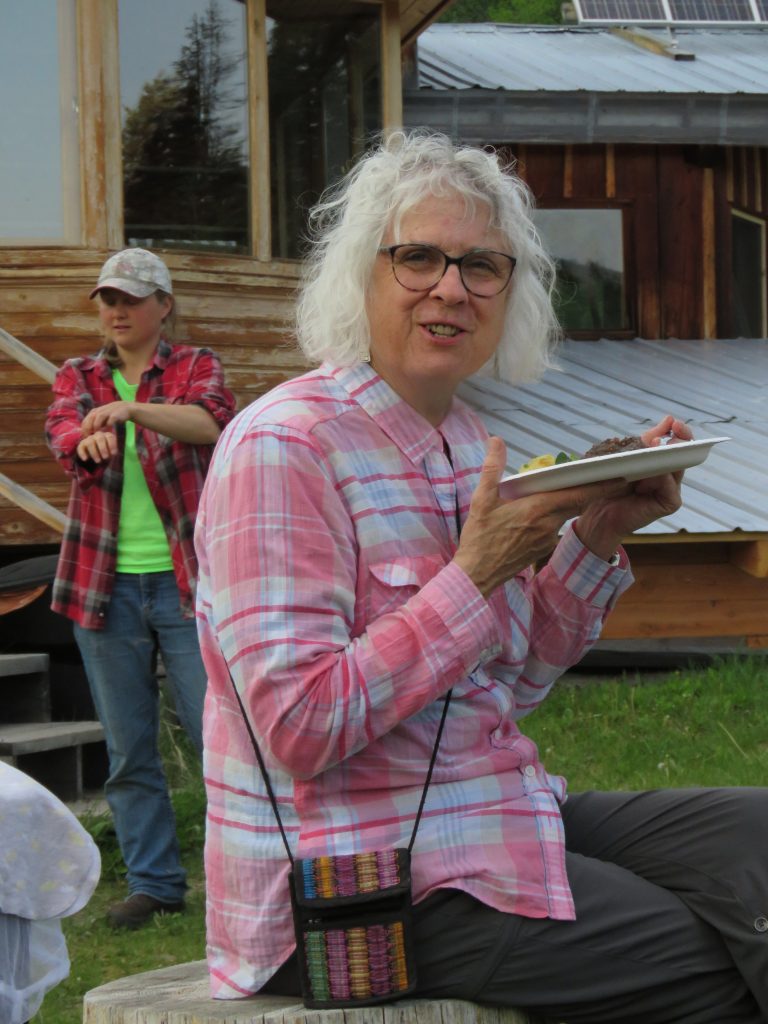 Normally the musicians would play outside, but even with the smoke from the fire, the mosquitos and black flies, which had just emerged, were vicious after a week of rain, so we crowded into the screened porch. 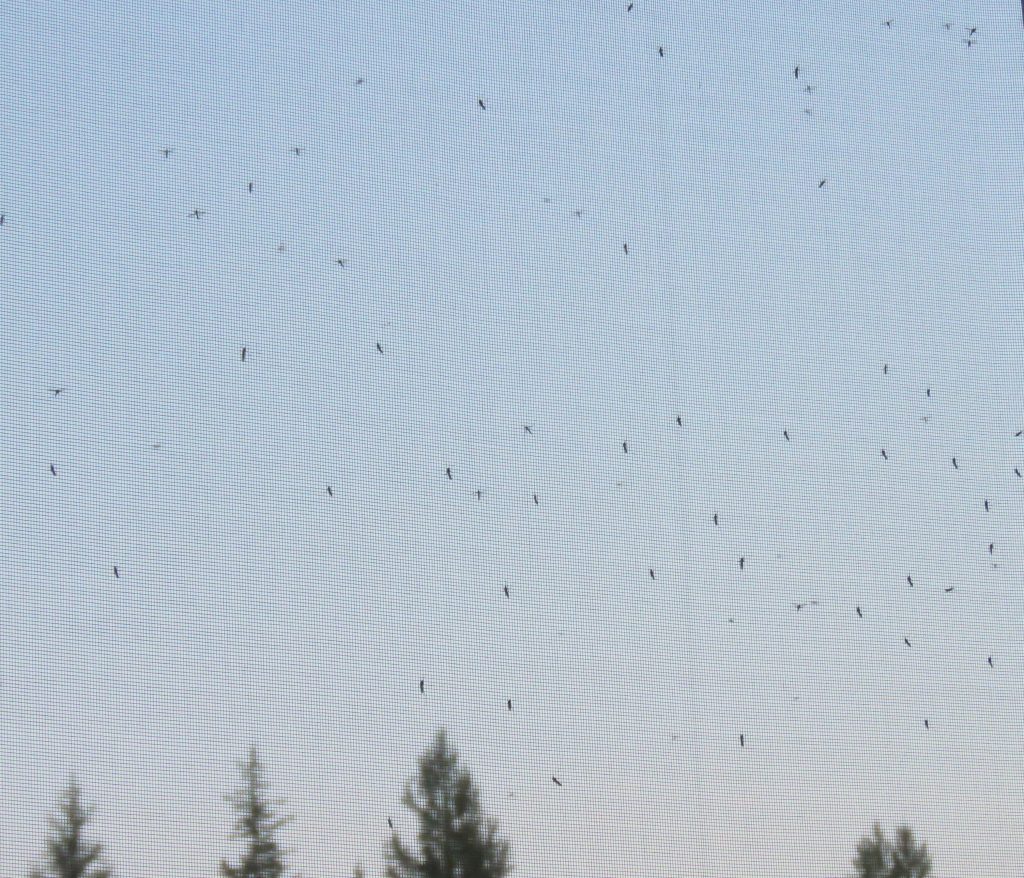 It gave new meaning to the phrase: “jam session.” 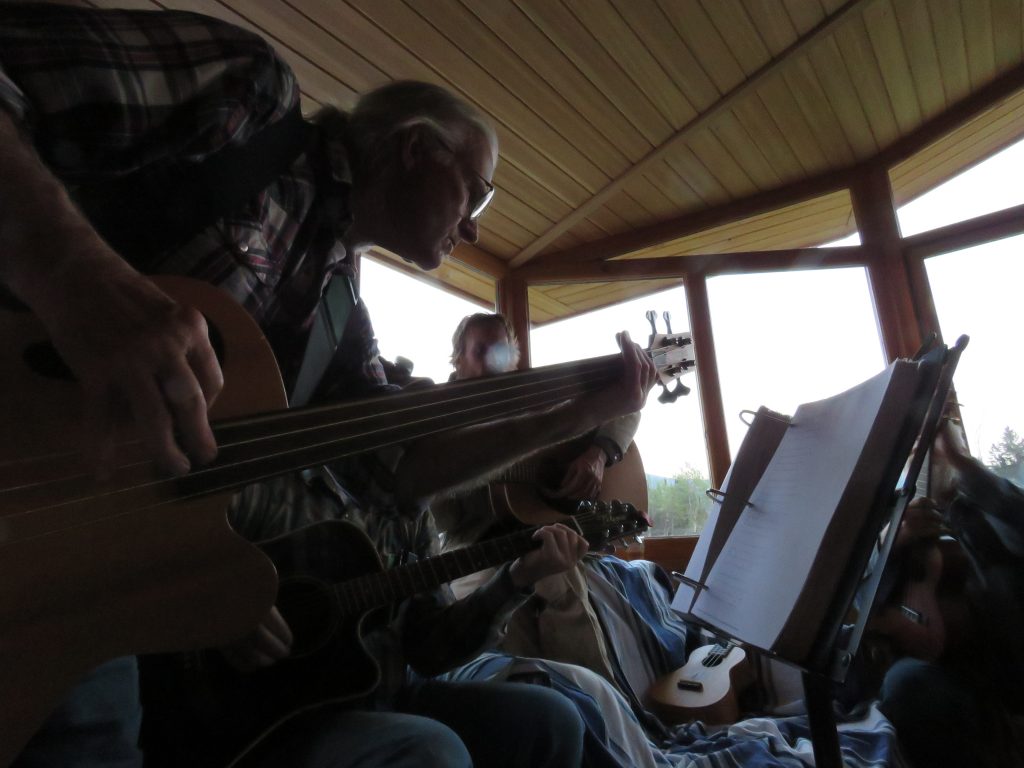